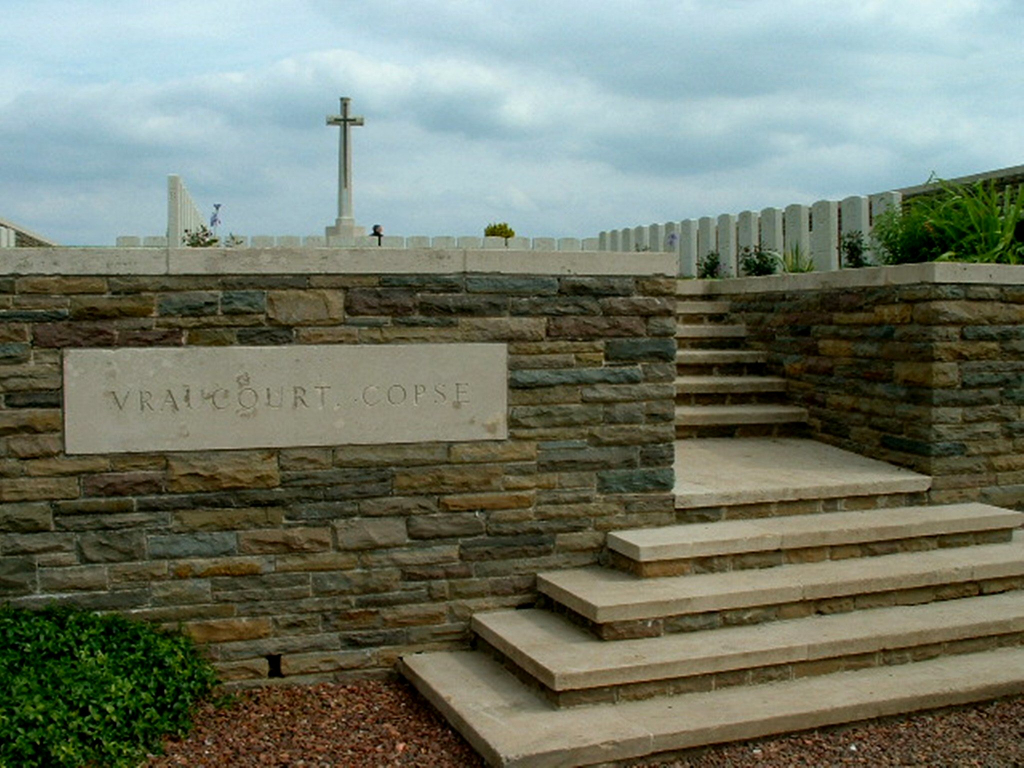 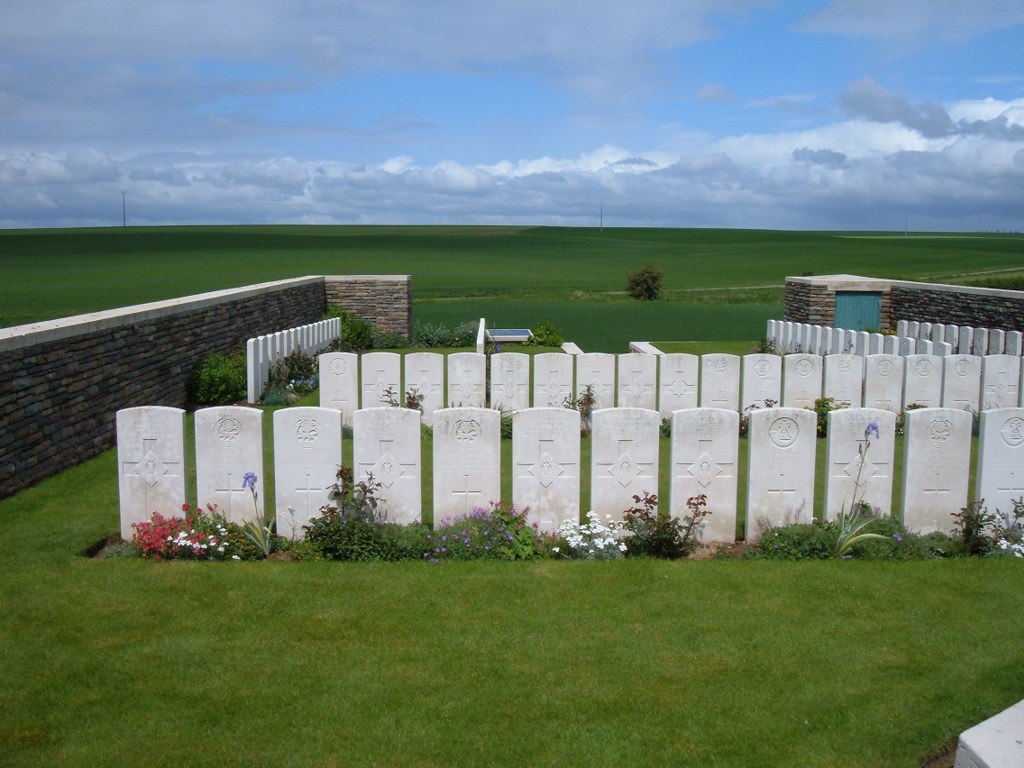 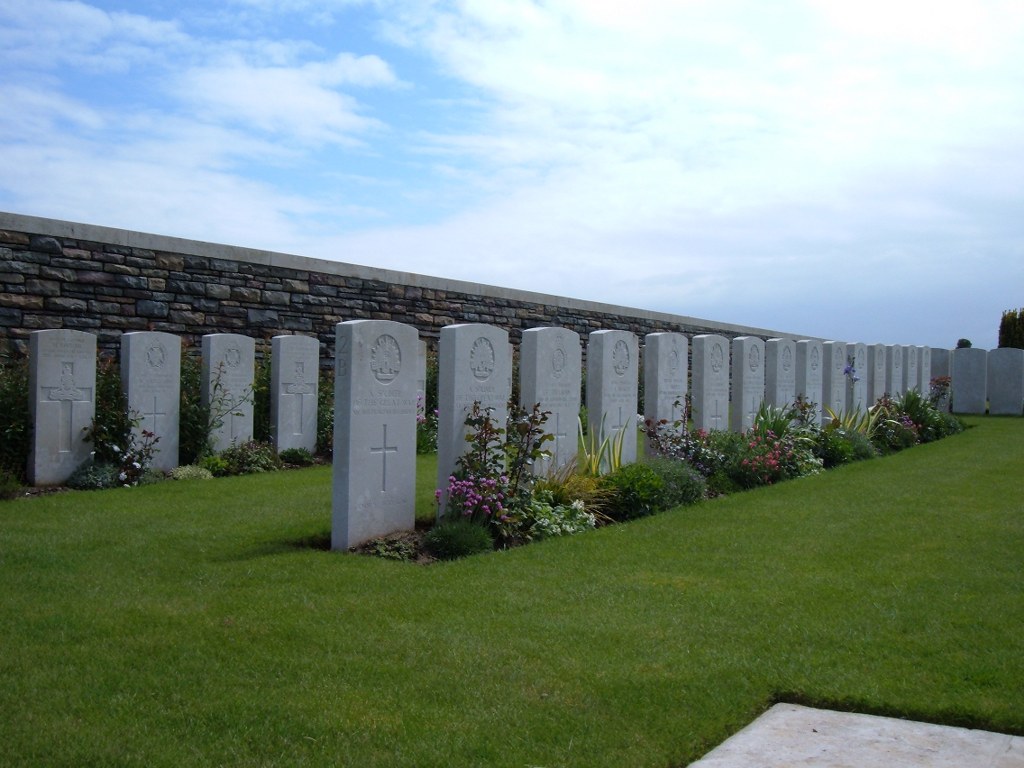 Vaulx-Vraucourt is in the Department of the Pas-de-Calais, 6 kilometres north-east of Bapaume. Leave the village on the RD36E direction Ecoust-St-Mein and signpost indictes access lane to cemetery on the right.

Vaulx-Vraucourt was taken in the spring of 1917, lost (after severe fighting) in March 1918, and retaken in the following September.

The copse from which it is named lies to the north. The cemetery originally contained 43 Commonwealth graves of 2 and 3 September 1918 (mainly of the 3rd Division) but in 1928, Plots II and III were made when graves were brought in to the space between Plot I and the road from Vaulx A.D.S. Cemetery. This latter cemetery (named from an Advanced Dressing Station) was on low and swampy ground between Vraucourt Copse Cemetery and the villages. It was begun in April and May 1917, used by the Germans in March 1918, and used again by Commonwealth troops in September 1918.