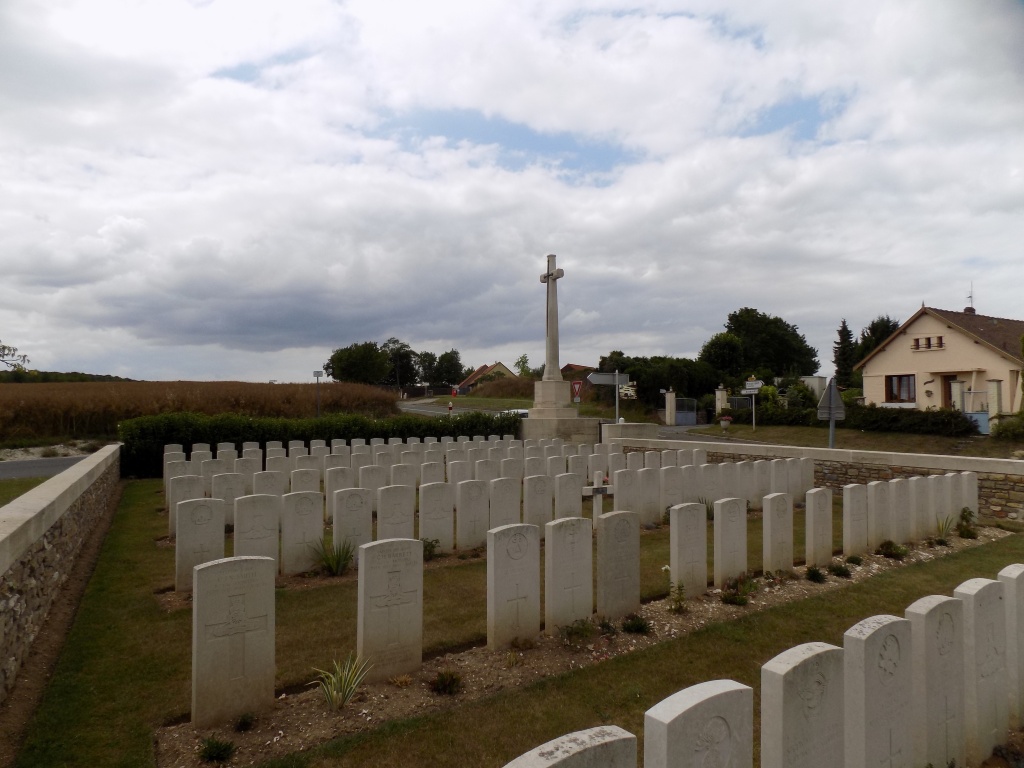 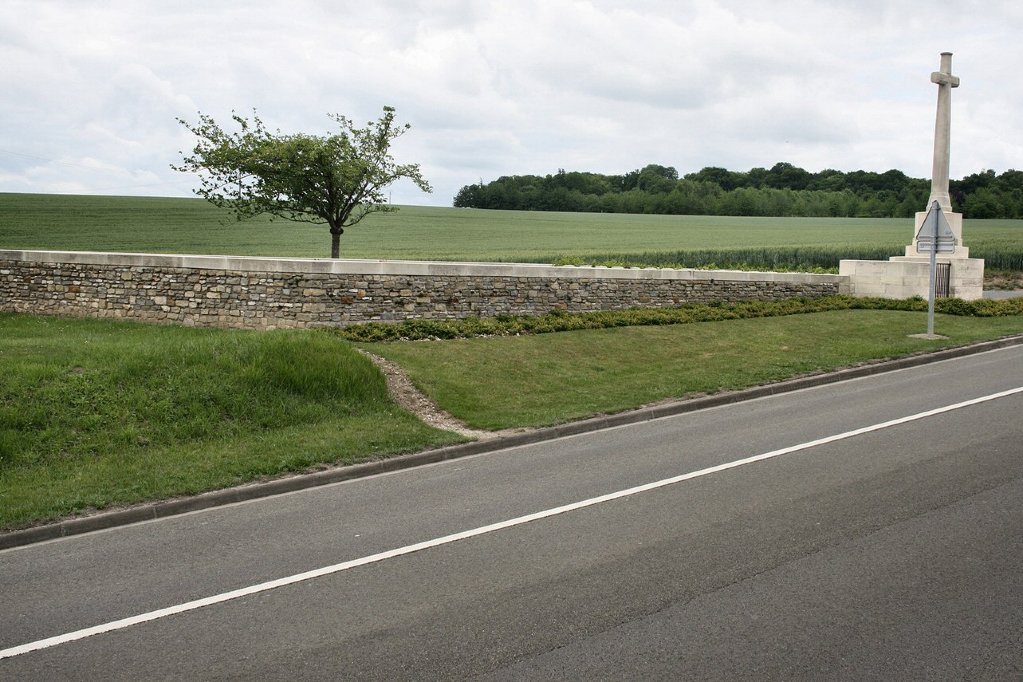 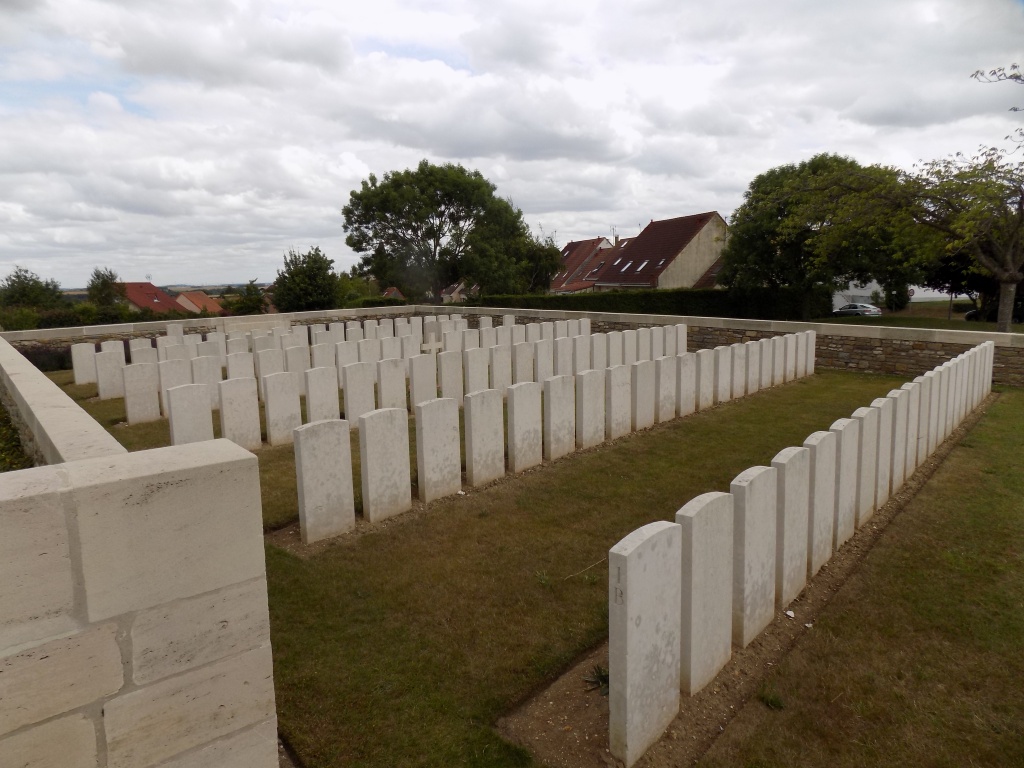 Picquigny is a small town in the Department of the Somme, about 13 kilometres north-west of Amiens. It lies besides the main road (D3) between Abbeville and Amiens.

During the first four years of the First World War, Picquigny was on the lines of communication for French and Commonwealth forces, and there are ten burials from these years in the communal cemetery, opposite the church. At the end of March 1918, the 5th and 46th Casualty Clearing Stations were brought to Picquigny to deal with casualties of the German advance on Amiens and the British Cemetery was opened a little west of the town. At the end of April, the 5th Clearing Station moved down the Somme to Crouy and the 46th went Northwards. The cemetery now contains 130 Commonwealth burials of the First World War, all but four dating from April 1918. There are also eight Second World War burials. The cemetery was designed by Sir Reginald Blomfield.