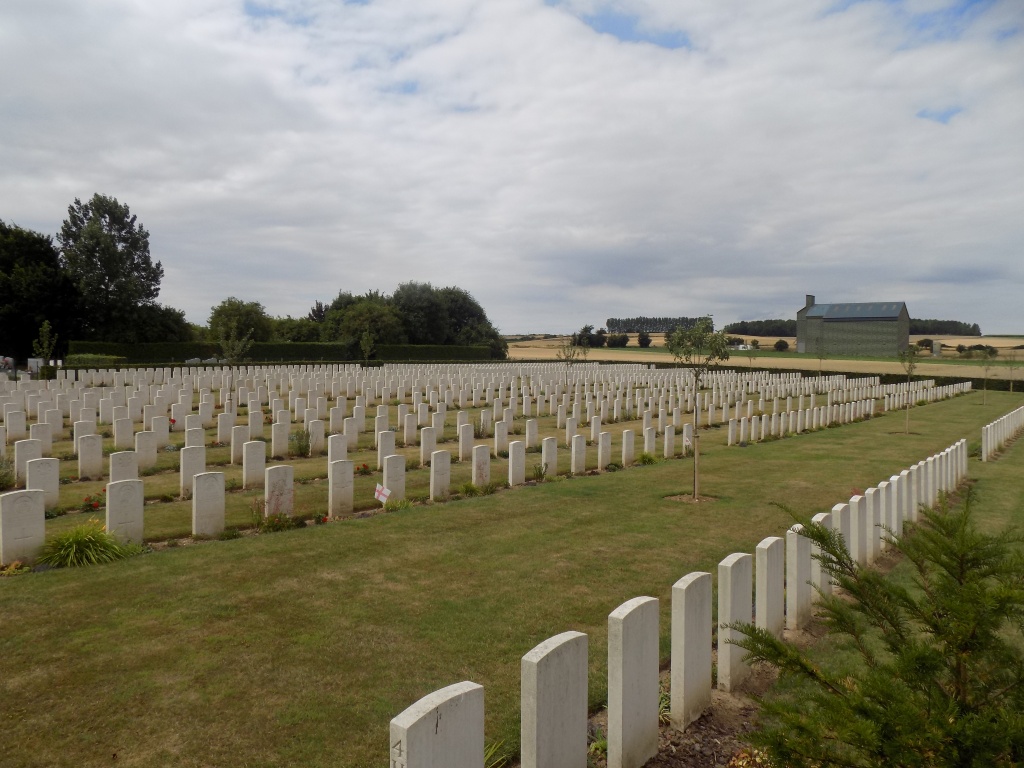 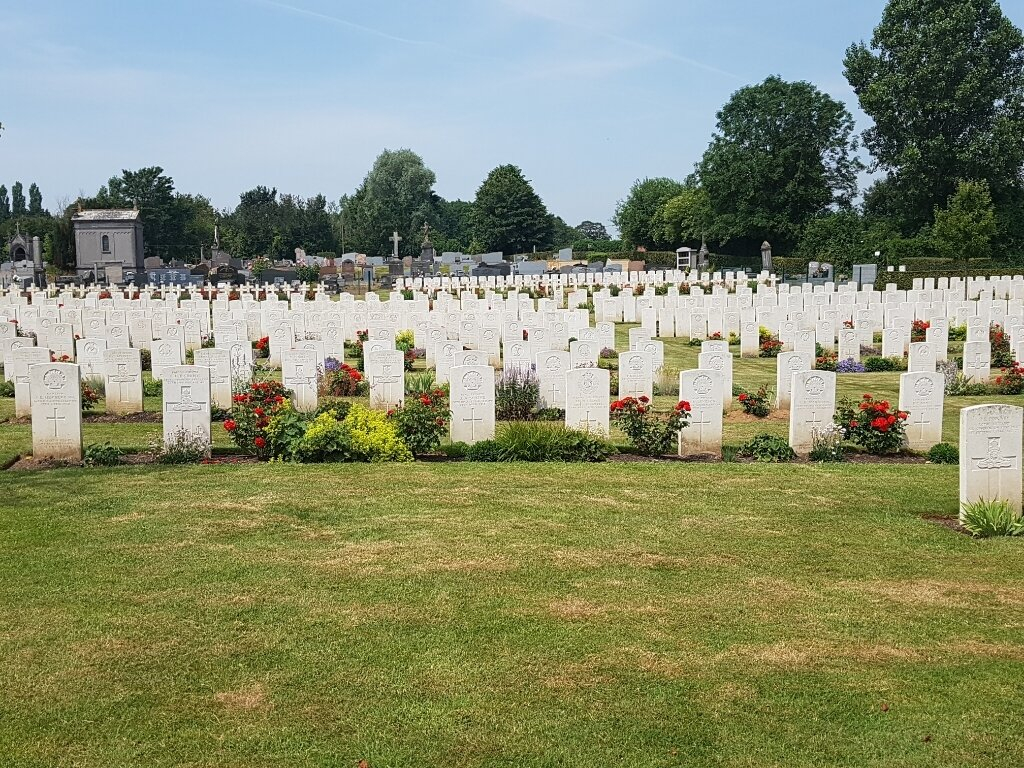 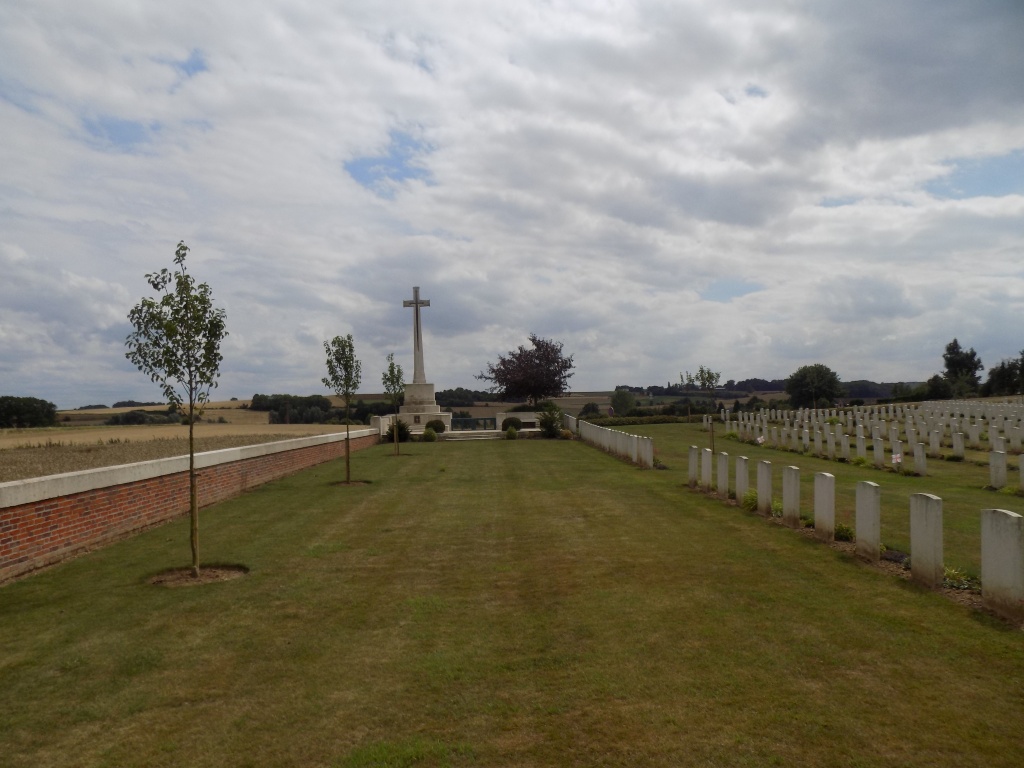 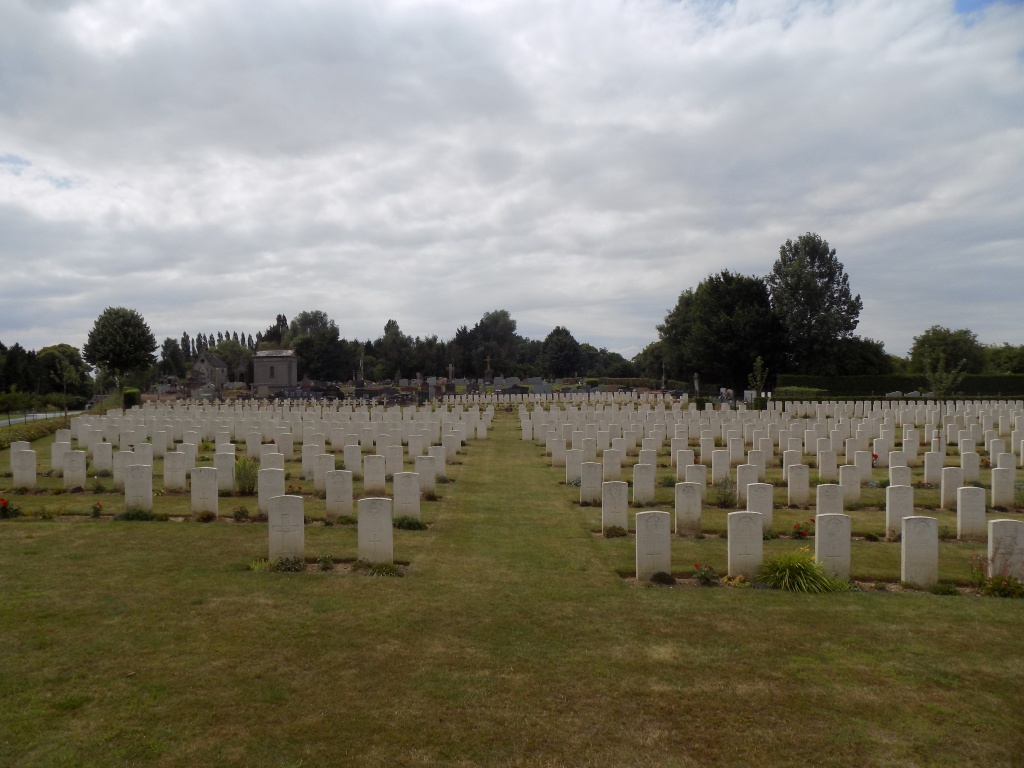 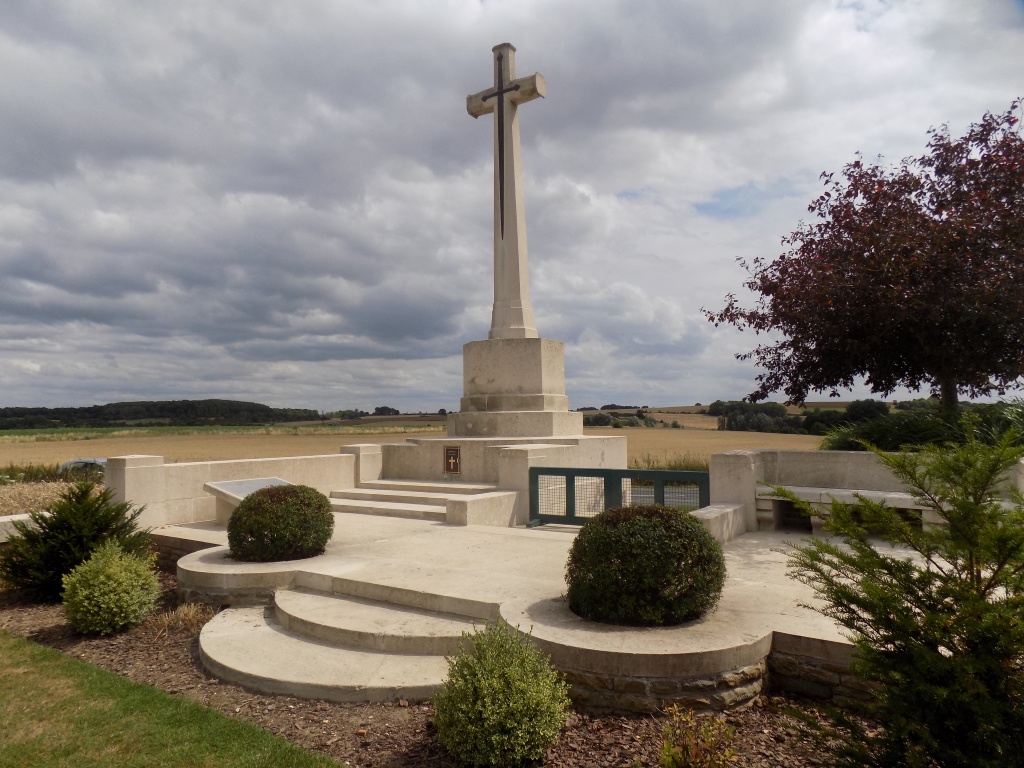 The cemetery is at all times open to the public.

The first Commonwealth burial took place in the communal cemetery in October 1915 and the last on 1 July 1916. By that date, field ambulances had come to the village in readiness for the attack on the German front line eight kilometres away, and the extension was begun on the eastern side of the cemetery. The fighting from July to November 1916 on the northern part of the Somme front accounts for the majority of the burials in the extension, but some are from the German attack in the spring of 1918. The extension contains 1,331 First World War Commonwealth burials and two from the Second World War. There are also 18 German war graves in the extension. The communal cemetery contains 46 Commonwealth burials of the First World War and 158 French war graves. The extension was designed by Sir Reginald Blomfield.