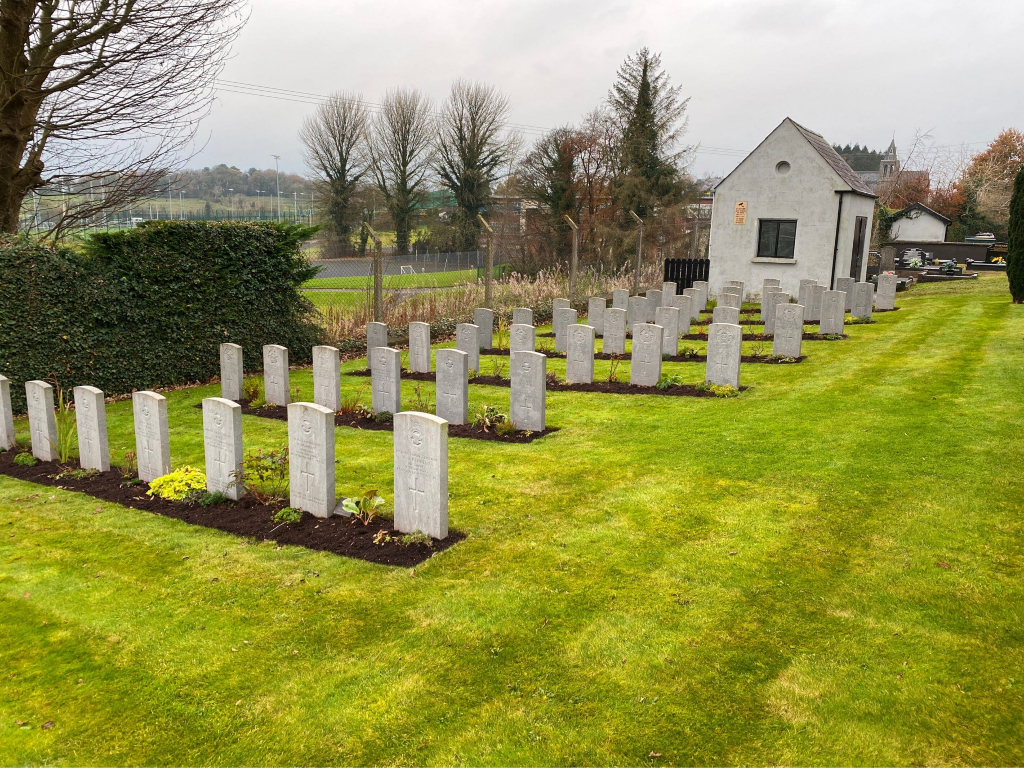 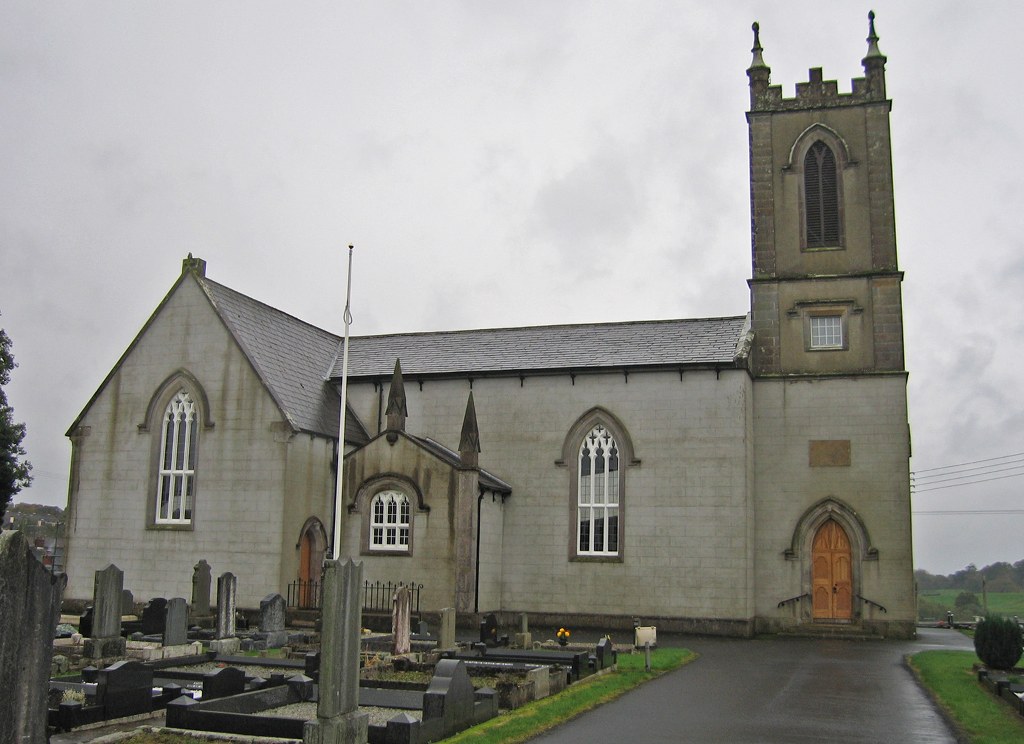 The little town of Irvinestown (or Lowtherstown) is in the north of county Fermanagh, 12 kilometres north of Enniskillen. This churchyard is on the road to Lisnarick. During the 1939-1945 War there were R.A.F. stations at Castle Archdale 6 kilometres to the west, and at Killadeas a similar distance south of the town, and a special plot to the left of the entrance was set aside for service war graves. As time went on additional ground became necessary and a plot against the south wall, about 25 metres from the first, was also set aside. They are linked by a path and form a war graves plot with its own entrance gate. A Cross of Sacrifice has been erected to the right of this gate, immediately in front of the first group of graves, and along the path facing the other group, is a seat. All the graves are in level closely mown grass and are marked by headstones of the traditional Commission design. There is 1 Commonwealth burial of the 1914-1918 war and 75 of the 1939-1945 war here. Two of these are unidentified airmen of the R.A.F.