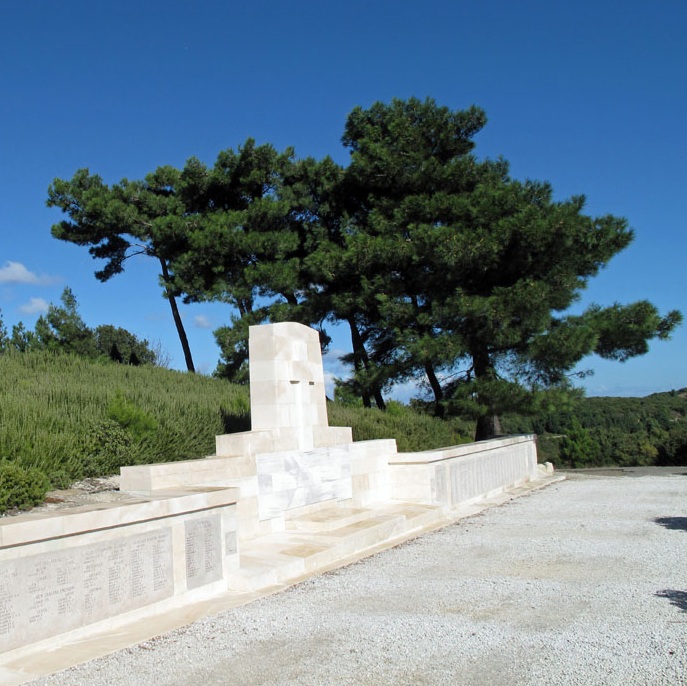 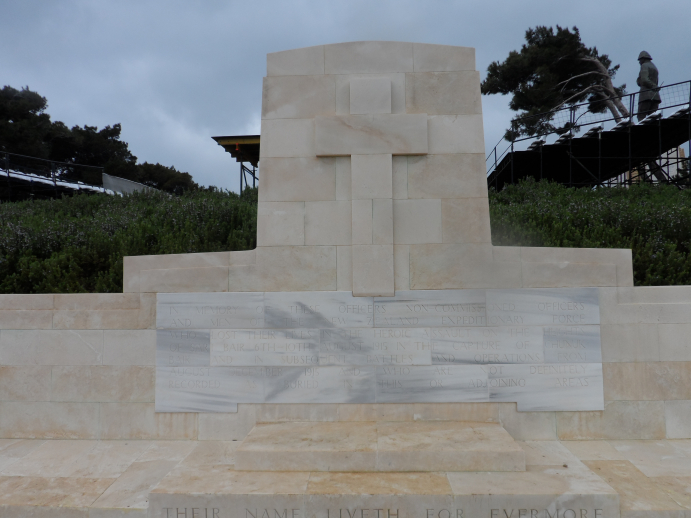 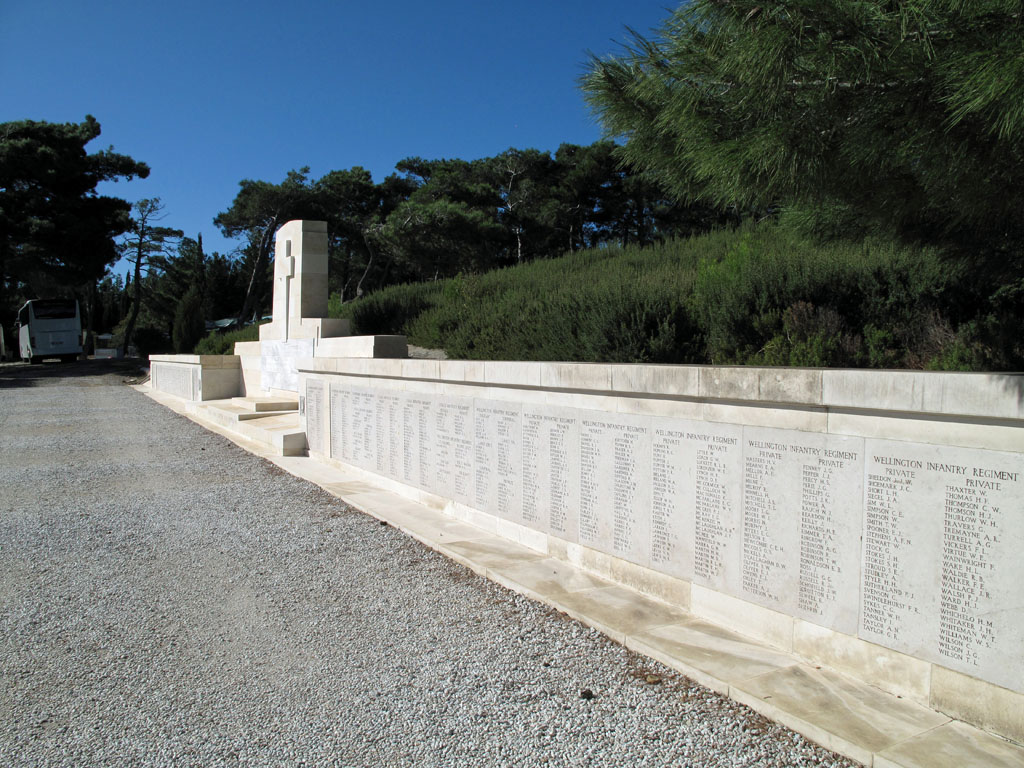 The Anzac and Suvla cemeteries are first signposted from the left hand junction of the Eceabat- Bigali road. From this junction travel into the main Anzac area where you will encounter a right hand turn at 7.6kms. Follow this road for a further 6.1 kms. when you will arrive at the cemetery and memorial. The cemetery is in the lower point of the ridge and the memorial obelisk is located to the North West of the cemetery. Chunuk Bair (New Zealand) Memorial is on the north-west side of Chunuk Bair Cemetery,

The Chunuk Bair New Zealand Memorial is situated within the Chunuk Bair Cemetery. The cemetery is permanently open and may be visited at any time.

Chunuk Bair Cemetery lies on a very severe slope approximately one metre below the road level, which is accessed down a flight of steps. Wheelchair access to the Memorial is possible via main entrance.

These troops, after repulsing incessant Turkish attacks, were reinforced by the Otago Battalion and the Wellington Mounted Rifles. The 6th Gurkhas and the 6th South Lancashire Regiment came in on the left. The 6th Loyal North Lancashire Regiment relieved the force at Chunuk Bair on the evening of 9 August, supported later by part of the 5th Wilts, but on the morning of the 10th, the position was taken by a determined and overwhelming counter-attack, carried out by a Turkish Army Corps led by Mustapha Kemal Pasha.

The CHUNUK BAIR (NEW ZEALAND) MEMORIAL is one of four memorials erected to commemorate New Zealand soldiers who died on the Gallipoli peninsula and whose graves are not known. This memorial relates to the Battle of Sari Bair and in other operations in this sector. It bears 849 names.

CHUNUK BAIR CEMETERY was made after the Armistice on the site where the Turks had buried some of those Commonwealth soldiers who were killed on 6-8 August. It contains 632 Commonwealth burials, only ten of which are identified.