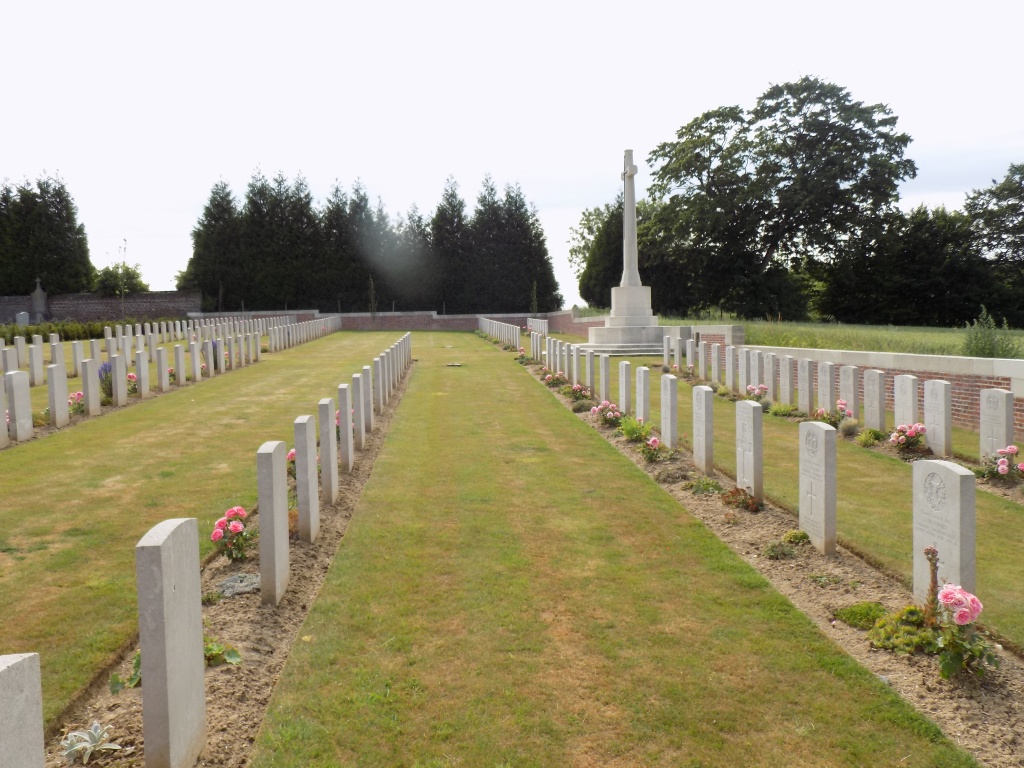 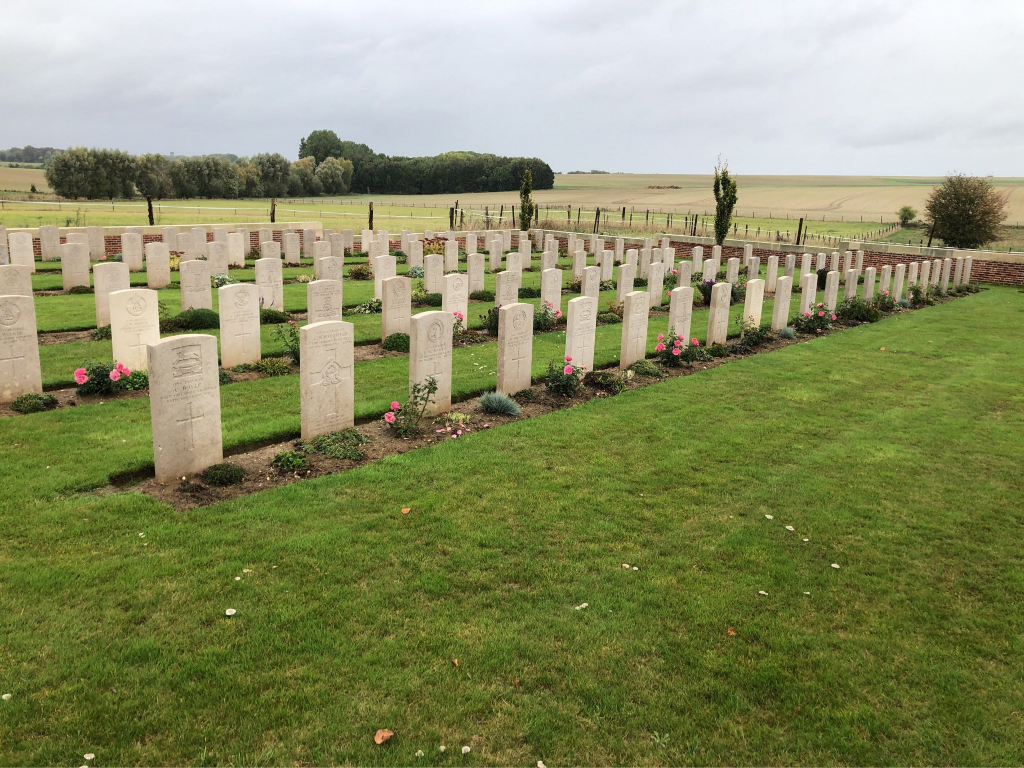 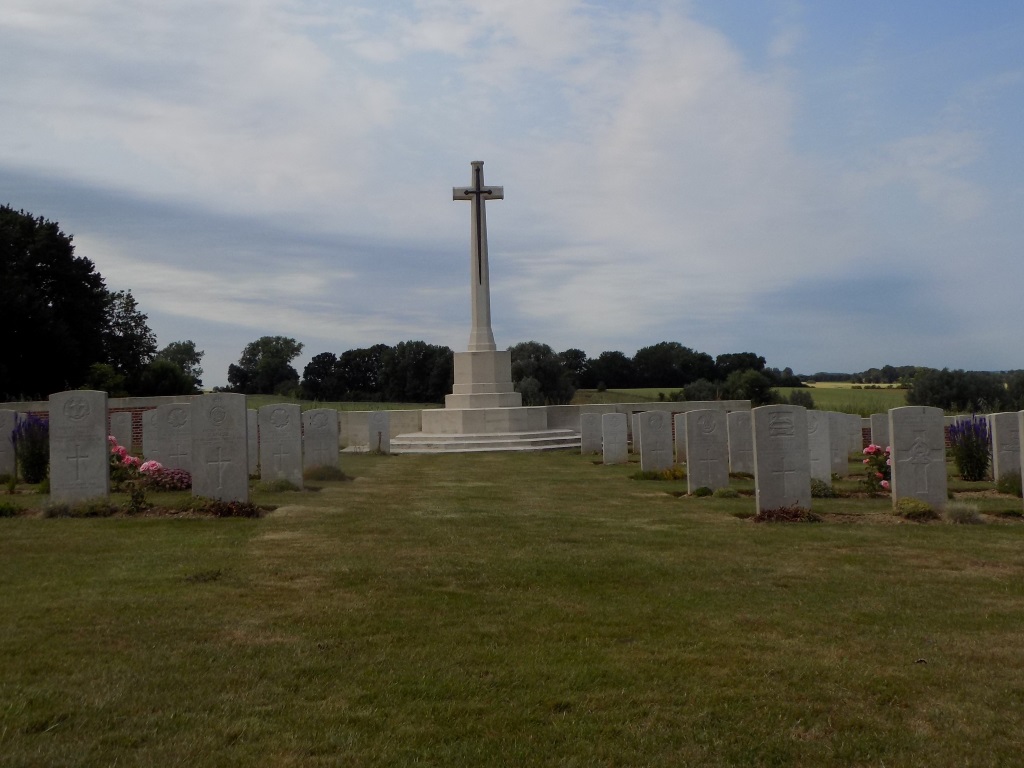 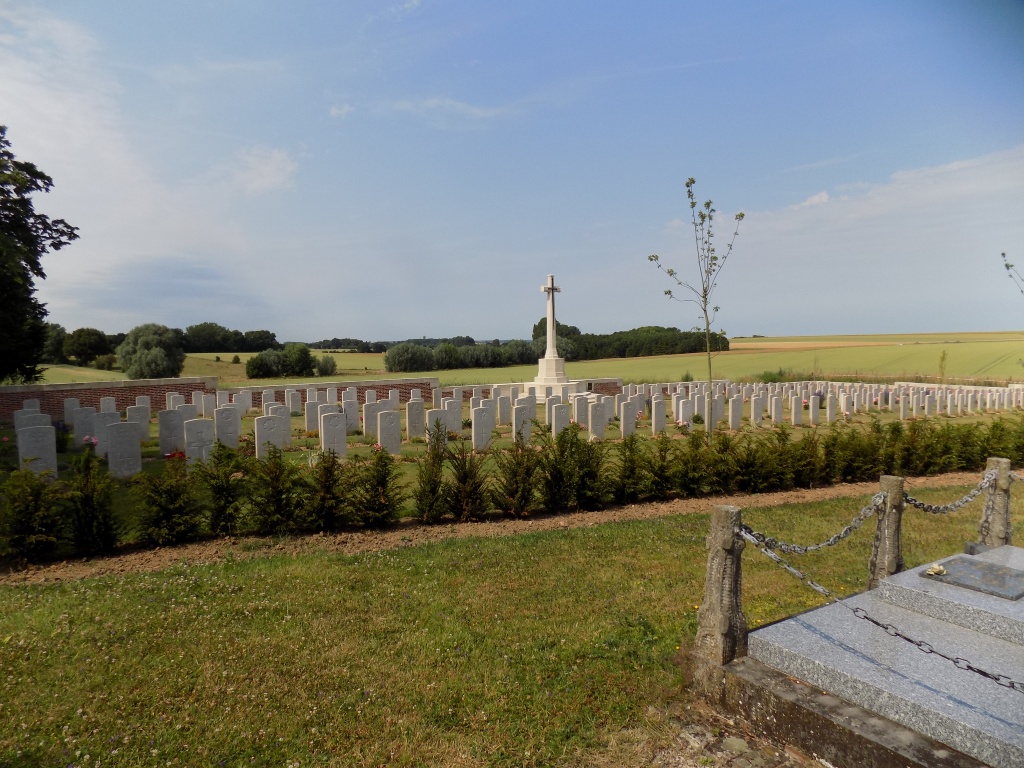 Wanquetin is a village approximately 12 kilometres west of Arras and approximately 6 kilometres north of Beaumetz. Wanquetin Communal Cemetery Extension lies to the north-east of the village on the road to Warlus (D.59).

A few burials were made in the communal cemetery from March to November 1916, but in October 1916, the 41st Casualty Clearing Station came to the village, and by the end of November it had become necessary to begin the extension. The last graves made in the cemetery were those in Plot II, Row E, where 23 men of the 3rd Canadian Machine Gun Battalion, killed on 24 September 1918 in a German daylight air raid over Warlus, are buried (a further 10 from this incident are buried in Plot II, Row C).