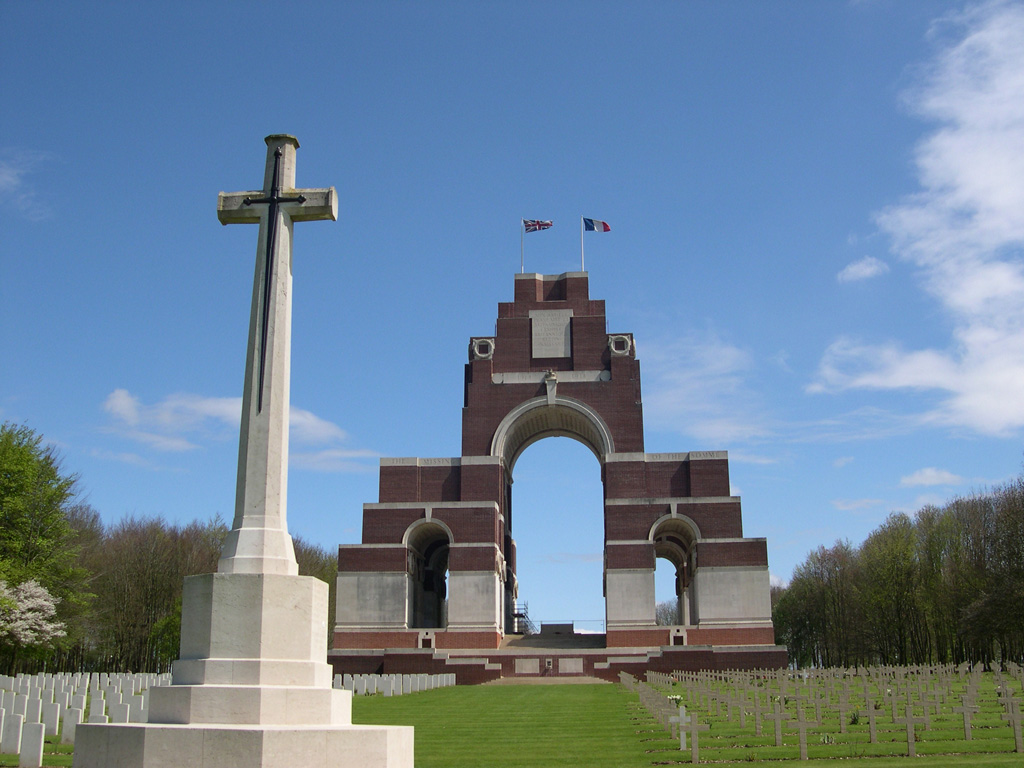 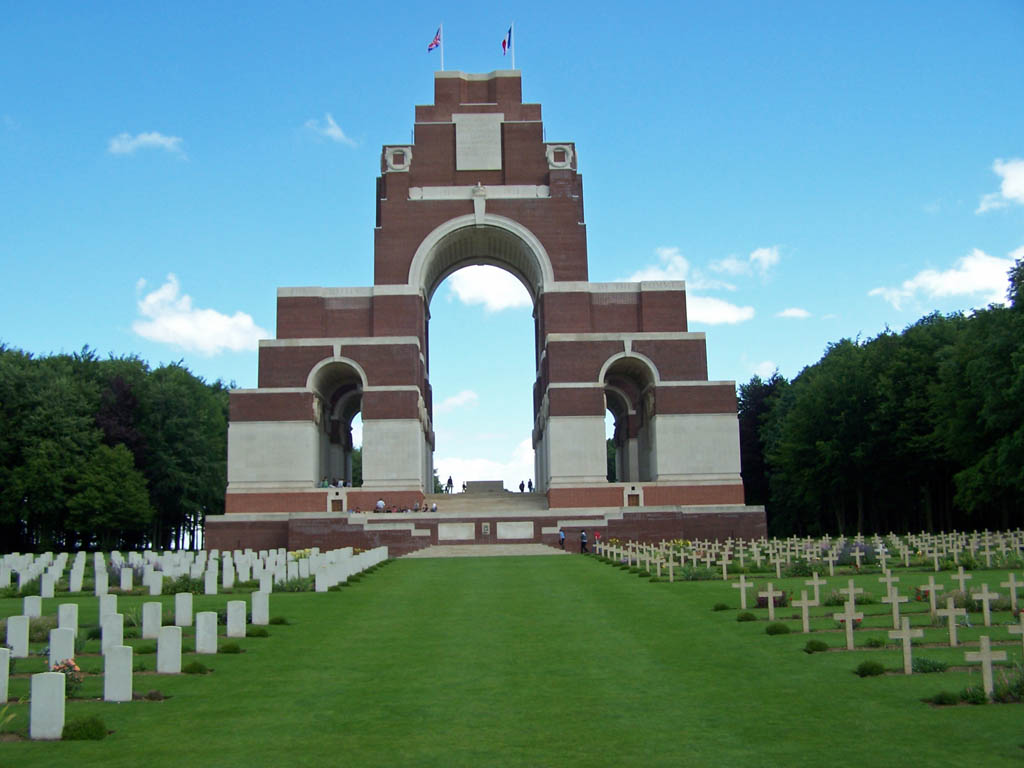 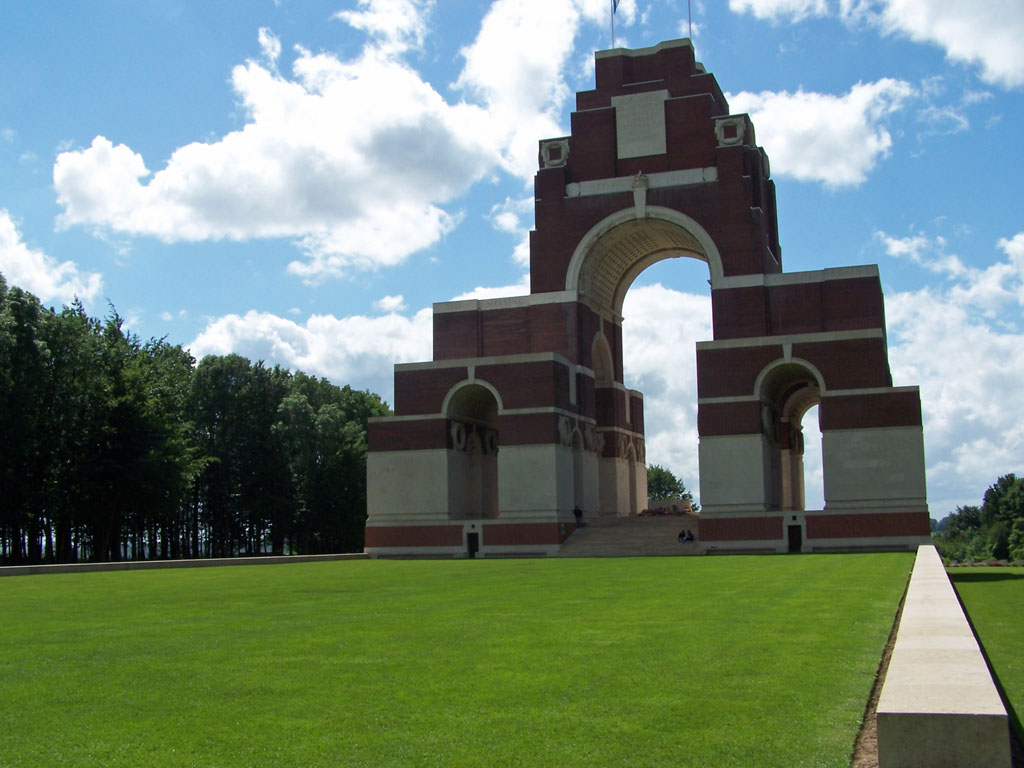 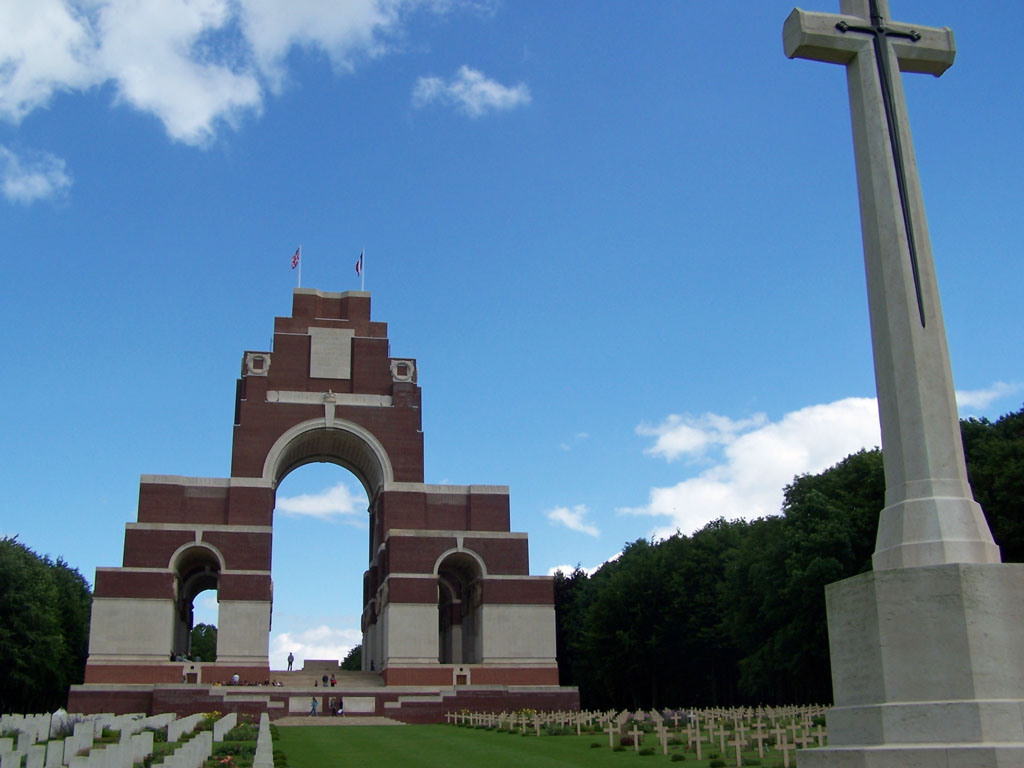 The Thiepval Memorial is just off the D151, close to the main crossroads with the D73 in the village of Thiepval. The D73 runs from Poizieres on the main Bapaume to Albert road (D929) to the D50 close to Beaumont-Hamel. Please note to access this site you should follow Rue de L'Ancre from Thiepval village. You should not attempt to enter this site by any other route. Thank you. Each year a major ceremony is held at the memorial on 1 July to mark the first day of the Battle of the Somme.

Visitors should also note that the location and design of this site makes access for people with limited mobility difficult and people using wheelchairs or mobility scooters may require some help to reach the memorial and the cemetery.

On 1 July 1916, supported by a French attack to the south, thirteen divisions of Commonwealth forces launched an offensive on a line from north of Gommecourt to Maricourt. Despite a preliminary bombardment lasting seven days, the German defences were barely touched and the attack met unexpectedly fierce resistance. Losses were catastrophic and with only minimal advances on the southern flank, the initial attack was a failure. In the following weeks, huge resources of manpower and equipment were deployed in an attempt to exploit the modest successes of the first day. However, the German Army resisted tenaciously and repeated attacks and counter attacks meant a major battle for every village, copse and farmhouse gained. At the end of September, Thiepval was finally captured. The village had been an original objective of 1 July. Attacks north and east continued throughout October and into November in increasingly difficult weather conditions. The Battle of the Somme finally ended on 18 November with the onset of winter.

In the spring of 1917, the German forces fell back to their newly prepared defences, the Hindenburg Line, and there were no further significant engagements in the Somme sector until the Germans mounted their major offensive in March 1918.

The Thiepval Memorial, the Memorial to the Missing of the Somme, bears the names of more than 72,000 officers and men of the United Kingdom and South African forces who died in the Somme sector before 20 March 1918 and have no known grave. Over 90% of those commemorated died between July and November 1916. The memorial also serves as an Anglo-French Battle Memorial in recognition of the joint nature of the 1916 offensive and a small cemetery containing equal numbers of Commonwealth and French graves lies at the foot of the memorial.

The memorial, designed by Sir Edwin Lutyens, was built between 1928 and 1932 and unveiled by the Prince of Wales, in the presence of the President of France, on 1 August 1932 (originally scheduled for 16 May but due to the death of French President Doumer the ceremony was postponed until August).

The dead of other Commonwealth countries, who died on the Somme and have no known graves, are commemorated on national memorials elsewhere.