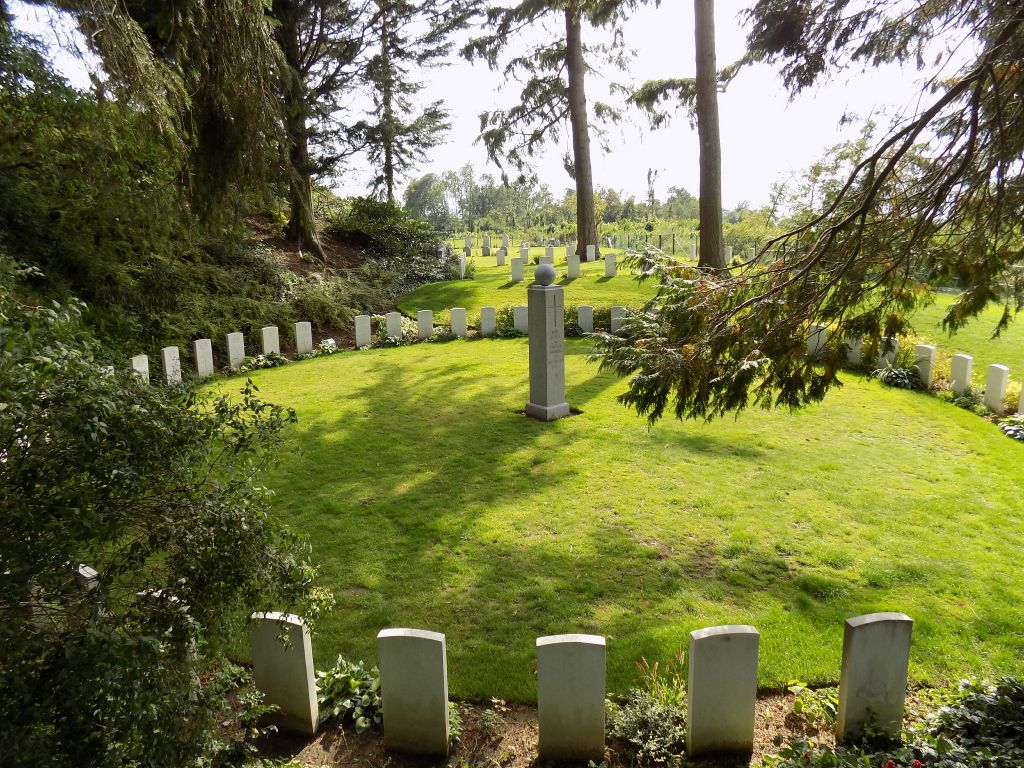 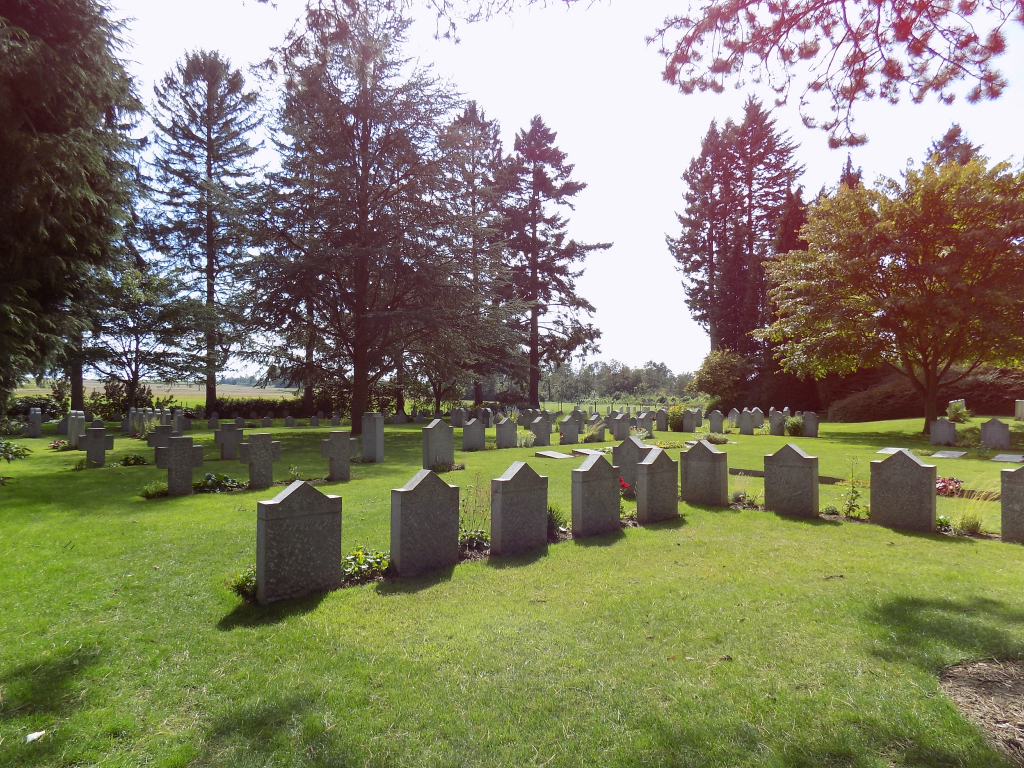 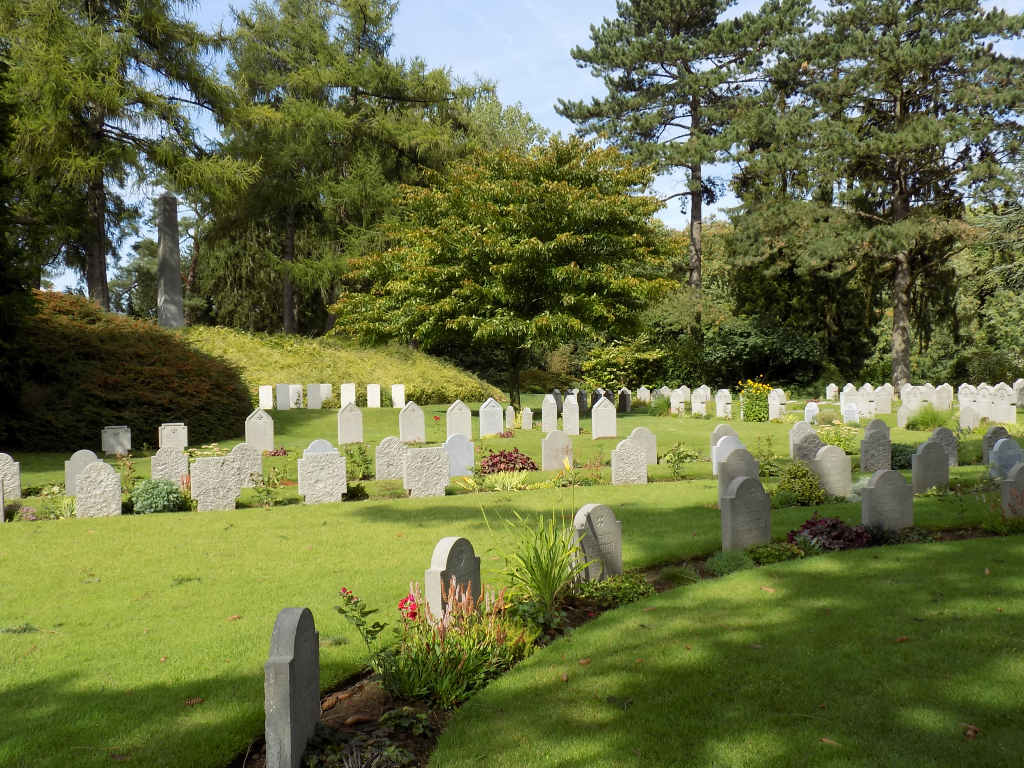 The location and design of this site makes wheelchair access impossible and can be difficult to access for visitors with limited mobility.

The cemetery at St. Symphorien was established by the German Army during the First World War as a final resting place for British and German soldiers killed at the Battle of Mons. Among those buried here is Private John Parr of the Middlesex Regiment, who was fatally wounded during an encounter with a German patrol two days before the battle, thus becoming the first British soldier to be killed in action on the Western Front. The cemetery remained in German hands until the end of the war, and afterwards came under the care of the Imperial (now Commonwealth) War Graves Commission. It also contains the graves of Commonwealth and German soldiers who died in the final days of the conflict, including George Ellison of the Royal Irish Lancers and George Price of the Canadian Infantry. Ellison and Price were killed on 11 November 1918, and are believed to be the last Commonwealth combat casualties of the war in Europe. There are 229 Commonwealth and 284 German servicemen buried or commemorated at St Symphorien, of whom 105 remain unidentified.

The Battle of Mons - By the evening of 22 August 1914, the men of II Corps of the British Expeditionary Force had taken up defensive positions along the Mons-Condé Canal, preparing for a major German attack expected to come from the north the next day. The opening shots of the Battle of Mons were fired at dawn on the morning of Sunday 23 August, when the 4th Battalion of the Middlesex Regiment repulsed German cavalry who were attempting to the cross the canal over a bridge at Obourg. The early morning was misty and wet, and the British were still uncertain of the numbers of enemy troops on the far side of the canal. By 10 a.m., the day had brightened up, artillery fire had intensified, and it became clear that they were facing a large German force.

Despite being outnumbered, the British soldiers on the south bank of the canal fought tenaciously throughout the day. Many were reservists who had returned to the army just weeks before, but they were well-drilled and disciplined, with a high-level of rifle training. Their relentless fire inflicted heavy casualties among the Germans. Despite this stiff resistance, the sheer weight of German numbers and the accuracy of their artillery meant that the British struggled to hold their positions. By 10.30 a.m. the first German soldiers had crossed the canal and some British units had been forced back, and by mid-afternoon German infantry troops were crossing in force. By nightfall, the Battle of Mons was over and the British had begun a long, hard retreat towards Paris.