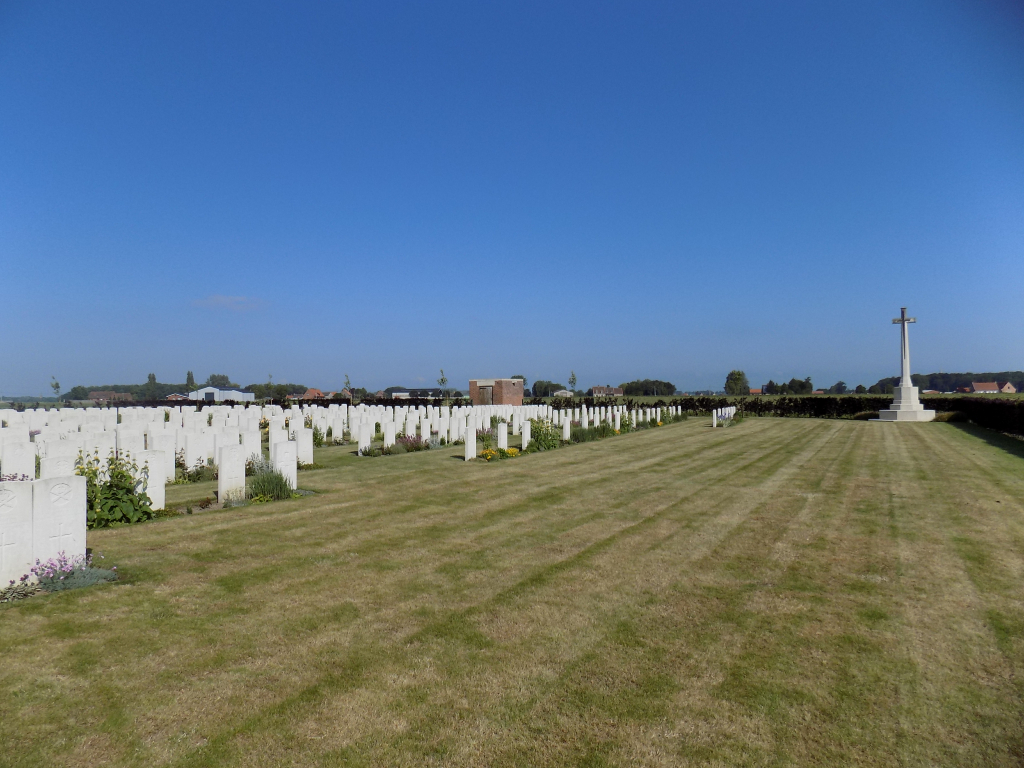 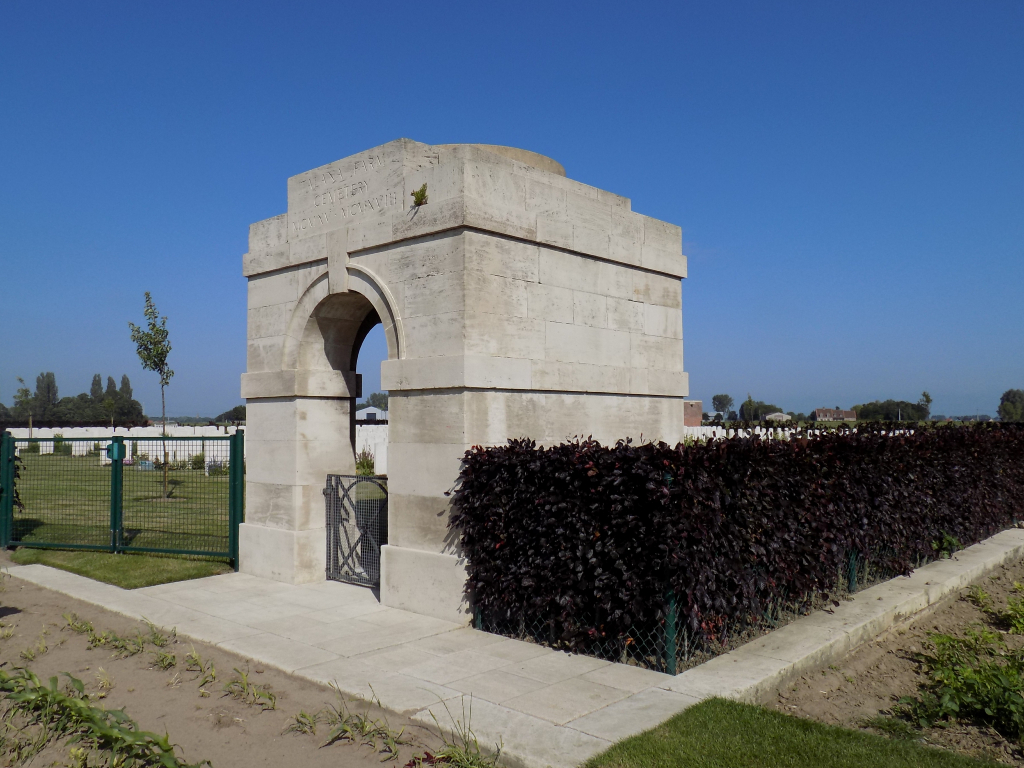 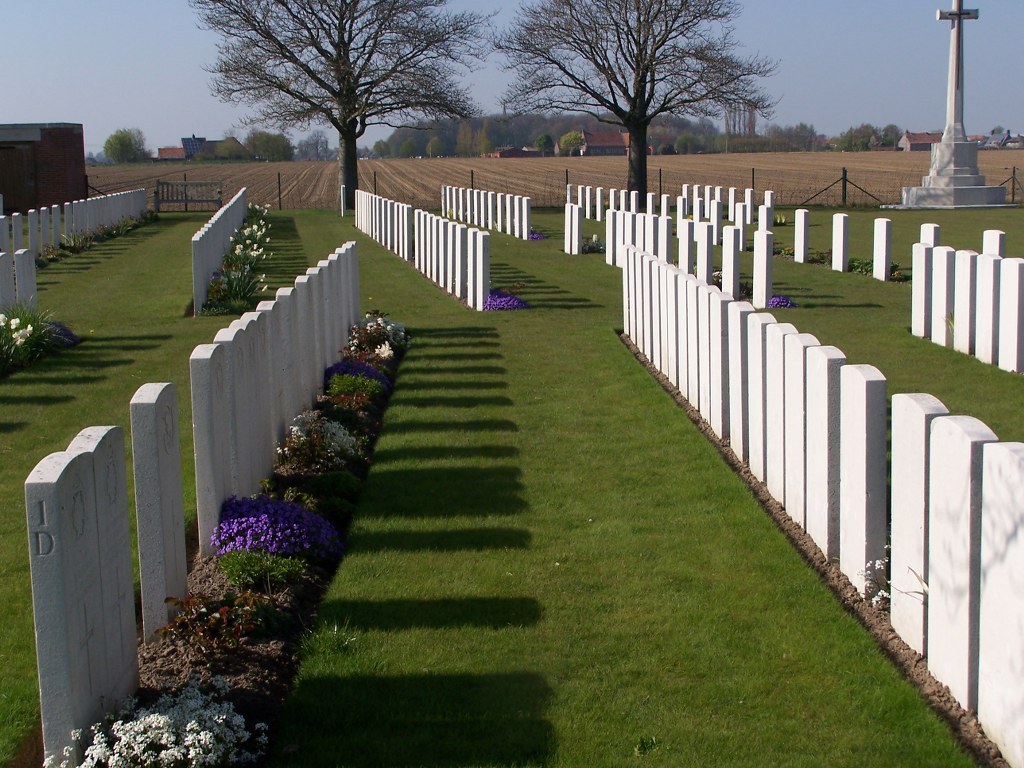 From Ieper the Cemetery is located on the Diksmuidseweg road (N369) in the direction of Boezinge. From the station in Ieper turn left into M.Fochlaan and go to the roundabout, turn right and go to the next roundabout. Here turn left and drive to the next roundabout. Turn right into Oude Veurnestraat. Take the second turning on the left, which is the Diksmuidseweg, and carry on under the motorway bridge. The cemetery will be found a further 600 metres on the left hand side of the road. N.B. Talana Farm Cemetery is the second cemetery on the left, the first being Bard Cottage Cemetery.

The commune of Boesinghe (now Boezinge) lies on both sides of the Yser Canal. The village itself is on the West side of the canal, and was, during the greater part of the War, directly faced by the German front line on the East side; but to the South of it the German line sloped away from the canal South-Westward, and Talana Farm was thus just a kilometre from the edge of the Salient. Dragoon Camp was across the canal, due East of the village, and within the German lines until the 31st July, 1917. Talana Farm was one of a group of farm houses named by the army from episodes of the South African war. The cemetery was begun by French troops in April 1915, taken over by the 1st Rifle Brigade and 1st Somerset Light Infantry in June 1915, and was used by fighting units until March 1918. Buried in Plot II, Rows E and F are a number of men of the 1st East Lancashire Regiment who died in a small, but successful attack on 6 July 1915. Plots III and IV contain many 49th (West Riding) Division graves and also those of the artillery units that took over the ground in August 1917. There are now 529 Commonwealth servicemen of the First World War buried or commemorated in the cemetery. 14 of the burials are unidentified and there are special memorials to six casualties whose graves in the cemetery could not be located and ten, in Plot I, Row E, are identified as a group, but not individually. It is probable that the cemetery contained other graves later destroyed by shell fire. The cemetery was designed by Sir Reginald Blomfield.