The creation of the CWGC 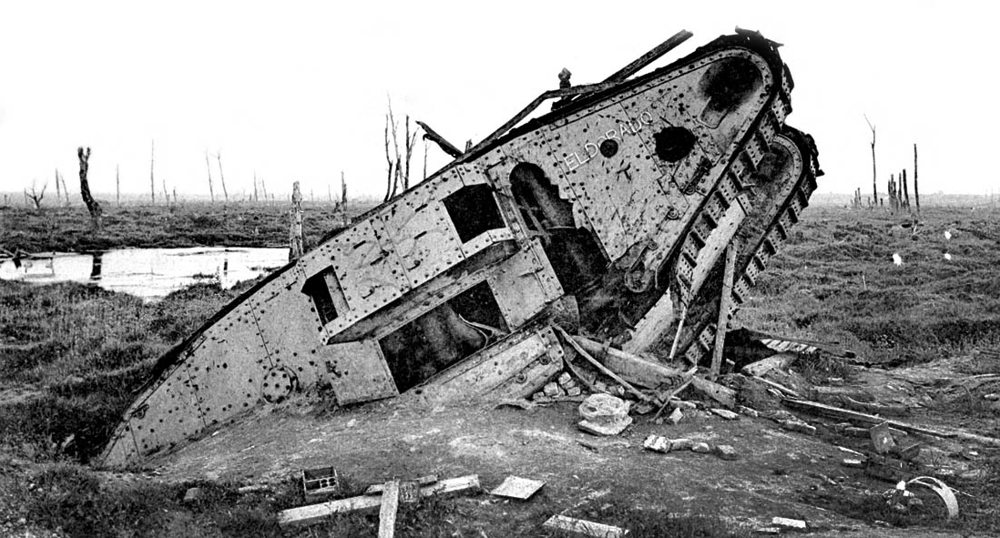 On 11th November 1918, one of the most devastating wars in history came to an end. Once the fighting ceased, the work of the Commonwealth War Graves Commission began. We undertook the mammoth task of commemorating the Empire’s dead across the globe.

The general public in Britain and across the Commonwealth struggled to comprehend the nature and scale of death during the First World War. A vast number of bodies needed to be buried, yet there were many thousands more who lay undiscovered or who no longer had intact bodies that could ever be found.

Even the authorities were not prepared for the practicalities of dealing with the dead: there was no formal process of ordering or recording burials, resulting in many isolated graves and small makeshift cemeteries with temporary markers. Furthermore, at the outset of the war no official organisation oversaw burials or the search for missing men and women.

From the outset, the Commission had to delicately negotiate relationships with the bereaved from across the UK and the world. We needed to arrange the practicalities of commemorating so many people, whilst ensuring that voices from different nations and communities were heard.

For the Commission, this involved a gradual shift from divided public opinion over our approach to a more general consensus of approval. 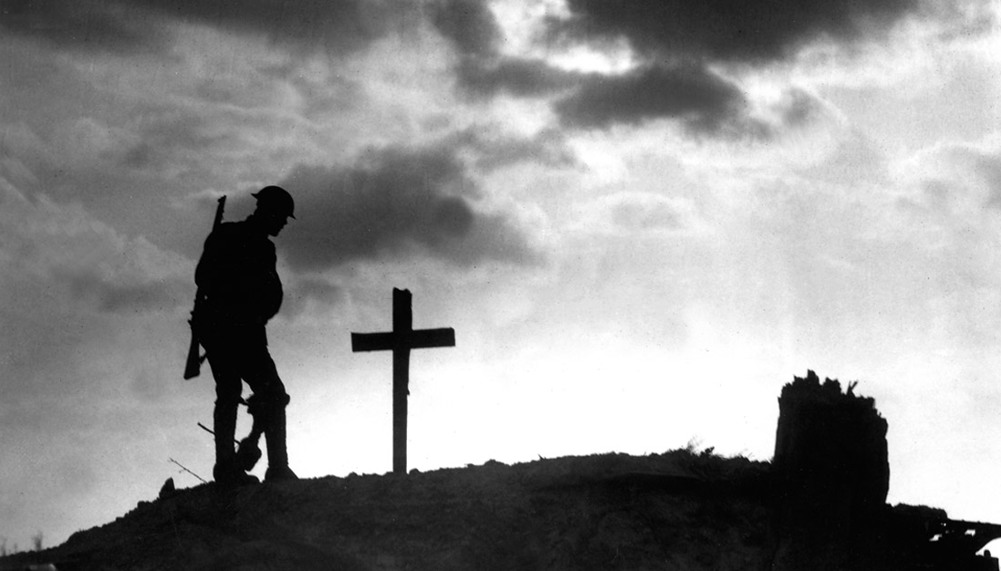 “so many,
I had not thought death had undone so many.” 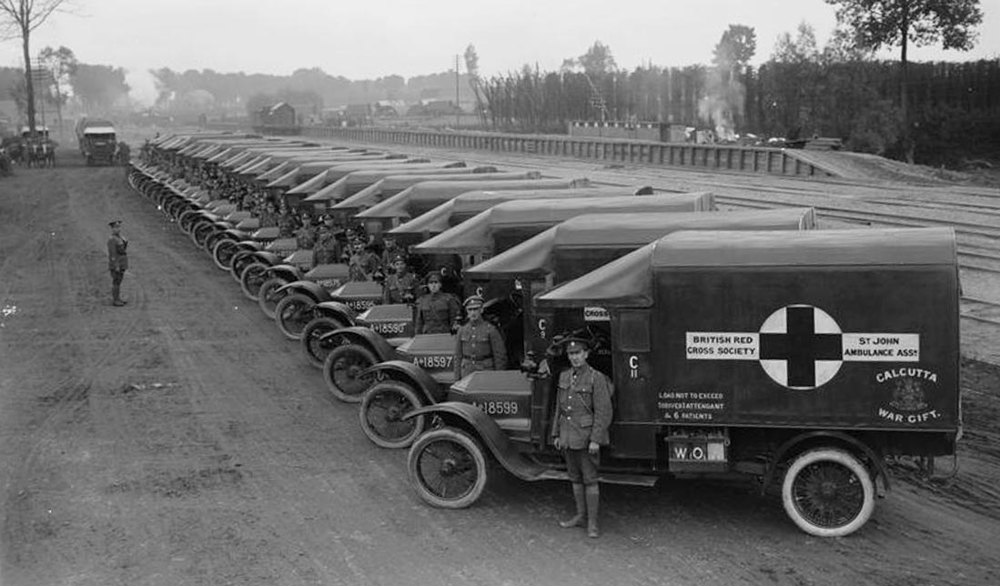 In 1914 a mobile ambulance unit run by the British Red Cross arrived on the Western Front. It was headed by a former civil servant and journalist named Fabian Ware, who at 45 was too old to join the Army. Realising the improvised nature of burials and grave marking, Ware lobbied higher authorities to turn his unit into a dedicated team for the dead.

Once the War Office agreed, the unit was transferred from the Red Cross to the British Army and became known as the Graves Registration Commission (GRC). In 1916 the remit of the unit expanded to handle enquiries from bereaved relatives, changing its name again to the Directorate of Graves Registration and Enquiries (DGRE). 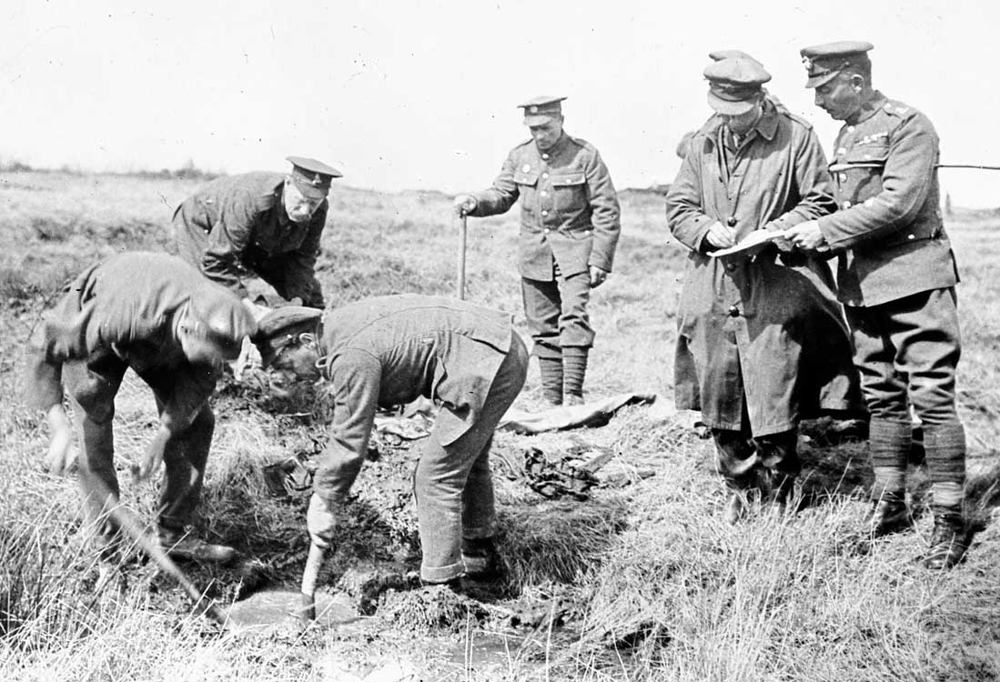 Members of the DGRE marking the position of a body found on the battlefield. © CWGC.

As well as marking and recording existing graves, the DGRE was tasked with searching for missing bodies, moving isolated graves or burial plots to larger cemeteries (a process known as ‘concentration’), and trying to identify bodies that were found or disinterred. The former battlefields were painstakingly divided into grids to be searched. These annotated maps record the number of known burials and temporary grave markers, to help the teams to find and remove them for reburial in a cemetery. The blue numbers do not include existing cemeteries or unburied bodies.

By the time work ceased in 1921, tens of thousands of bodies had been recovered and reburied. Just under 20% were identified, using name tags, uniform features, personal effects and even teeth. 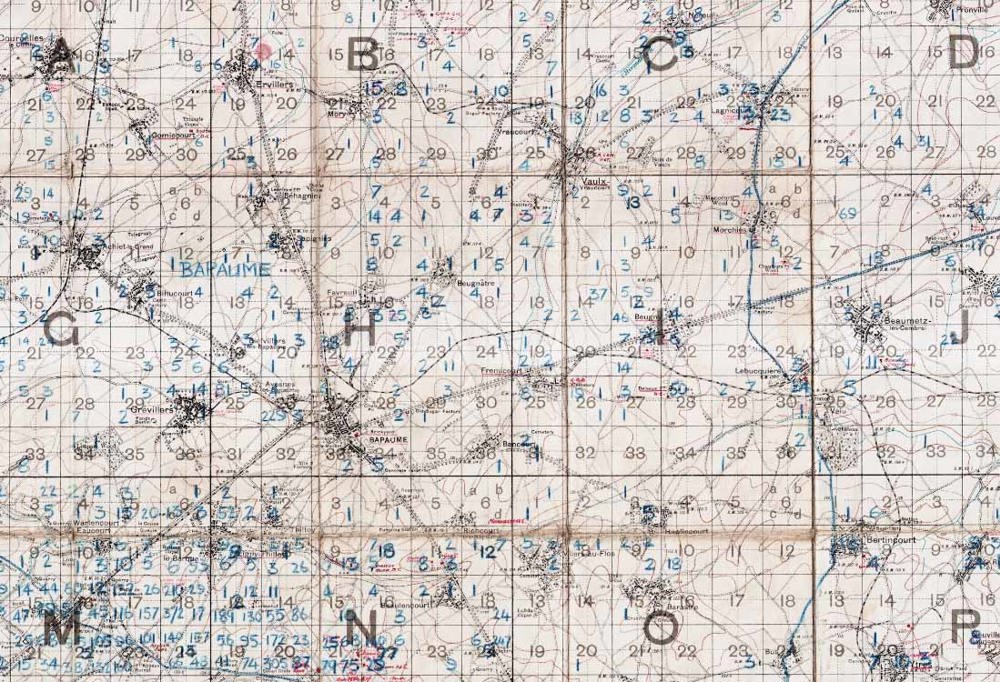 Body Density Maps estimating the number of people killed in areas of the Somme and Ypres Salient. © IWM.

“The mere fact that these officers visit day after day the cemeteries close behind the trenches, fully exposed to shell and rifle fire, accurately to record not only the names of the dead but also the exact place of burial, has a symbolic value to the men that it would be difficult to exaggerate.”

Ware and others soon began to grow concerned about the longevity of these sites, and who would care for the graves after the war was over.

At the suggestion of the Army, the British government created a special body to take over from the DGRE after the war. Fabian Ware felt this should be an Empire-wide organisation, and on 21 May 1917 the Imperial War Graves Commission (IWGC) was established by Royal Charter. The Prince of Wales (later Edward VIII) was appointed President, while Ware became the Vice-Chairman. It was tasked with not only formalising the cemeteries and creating memorials to the missing, but also maintaining these sites forever more. 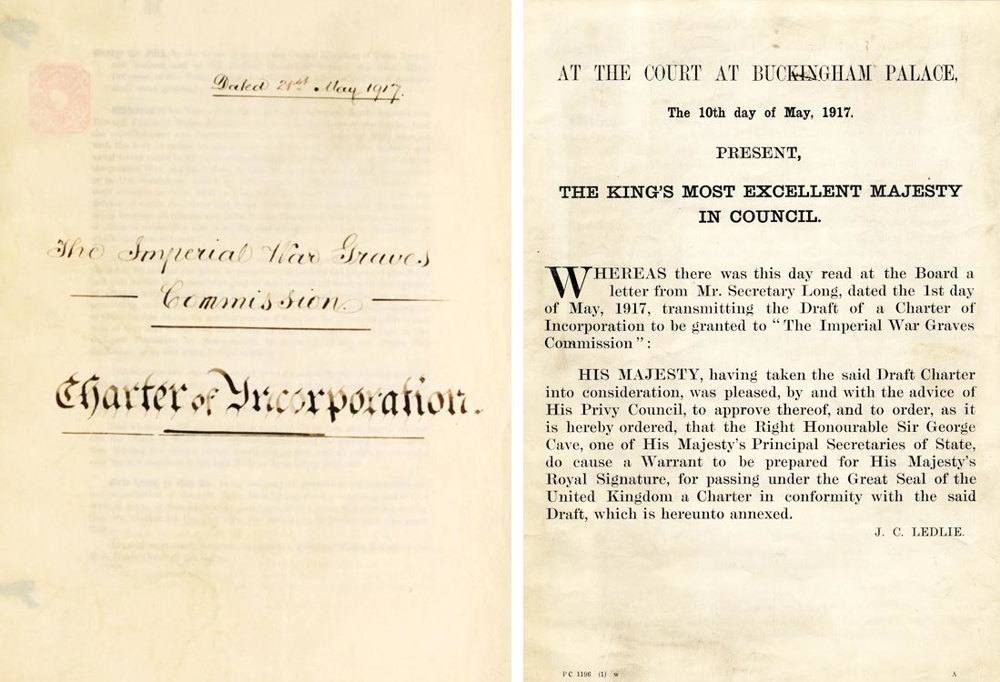 In July 1917, a working party toured the Somme battlefields to determine how the formal cemeteries and memorials should take shape. Key Commission figures in attendance included:

The report of the 1917 trip makes interesting reading because it sets out what would become core principles of Commission design – marking every individual grave in a permanent material and having the “dominating feature” of a cross in the cemeteries – yet also details decisions that were not fulfilled.

Report on the 1917 working party visit to France. © CWGC.

These include formally classifying the cemeteries into four categories: “large monumental”, “garden or Forest”, “Town” with a cloister, and “Village and country”.

Soon Lutyens and Baker would become official ‘Principal Architects’ of the Commission, along with another leading name of the era, Reginald Blomfield. 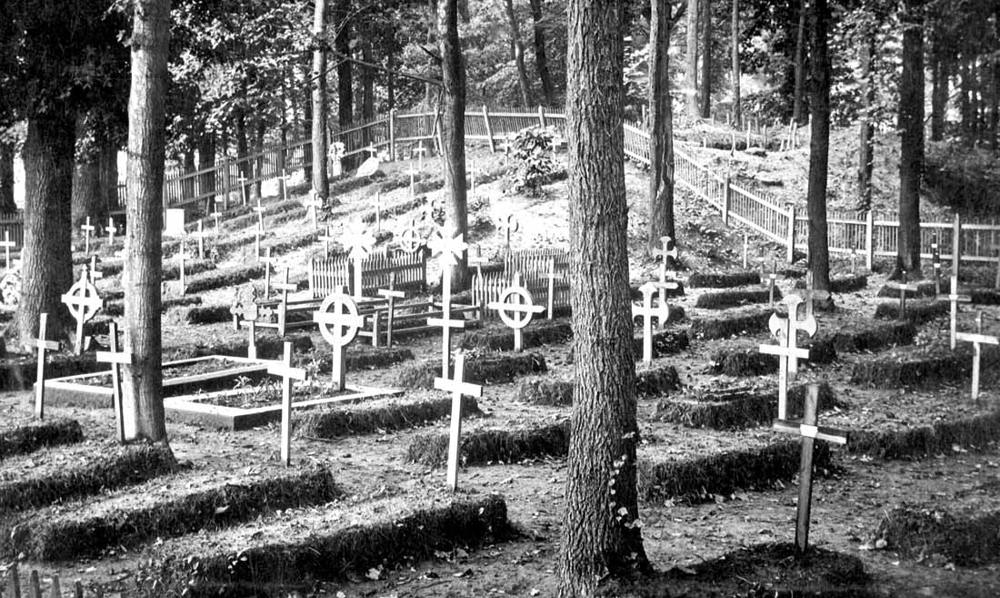 Historic archive images from the Goodland collection of the early days of the IWGC: wooden crosses in Gorre British and Indian Cemetery, France post-WW1.

It was not only in the world of architecture that Ware consulted the highest sources of authority: Arthur Hill, the Assistant Director (later Director) of the Royal Botanical Gardens at Kew, was the Commission’s first Botanical Advisor. He advised on how to plant the cemeteries according to different climatic conditions and national plants. Kew also provided some plants in our early years, helping to shape the distinctive English country garden style of our sites that is maintained today.

Ware also needed a voice for the Commission – someone the public admired and trusted, who would not only provide powerful inscriptions for headstones and memorials, but also advocate for our work. He found this in the Nobel Prize-winning writer Rudyard Kipling.

Key figures in the IWGC 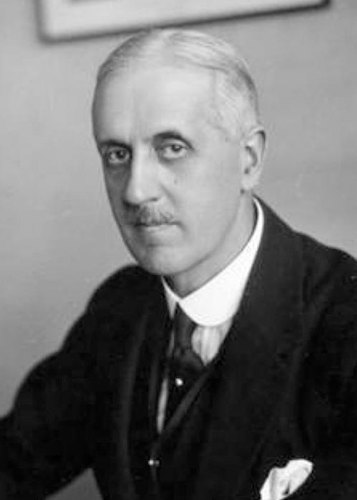 Ware was driven by a belief in the British Empire as a community with a philanthropic purpose. He worked for a time in South Africa as part of the education department and on his return to England edited The Morning Post newspaper.

Well-connected and ruthlessly assertive, he ensured he was perfectly placed to lead the Commission. Ware’s Private Secretary Oliver Holt wrote a fascinating account of the man everyone called ‘The General’. An eloquent and “majestic” figure, Ware exuded a charm that could persuade almost anyone of anything. Yet being consumed by his work would sometimes make him retreat “into an inner layer of solitariness that was quite inaccessible” or cause “eruptions” of anger worthy of a “prima donna”.

He carried a copy of the Bible and Don Quixote at all times, had a deep interest in architecture, and enjoyed bird-watching. He also enjoyed Walls’ ‘choc bar’ ice creams, eating them whenever he was on the road – which was often. 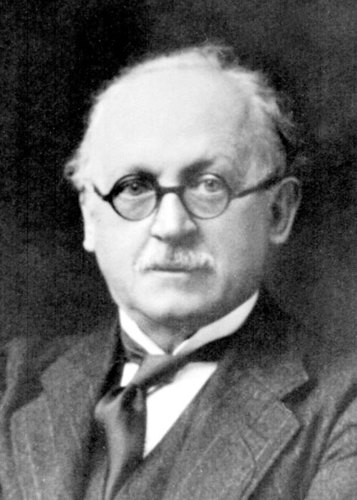 Known as an innovative architect who enjoyed playing with the mathematics of form, Lutyens specialised in country houses and imperial civic buildings before the war.

He worked closely with the horticulturalist Gertrude Jekyll, developing a more informal style of ‘English country garden’ that would go on to influence the look of the Commission’s cemeteries across the world. Alongside his Commission duties, he designed the famous Cenotaph memorial in Whitehall, London.

Despite the nature of his work, he was not averse to a bit of fun – even dancing “a little jig” on the table at a Commission party! 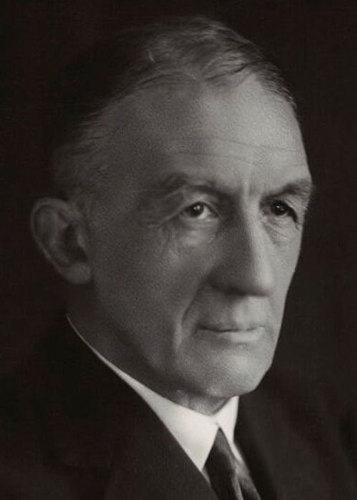 Baker was particularly noted for his civic buildings in South Africa and New Delhi, the latter of which involved close collaboration with Edwin Lutyens. He also designed the new Bank of England, a controversial decision that involved demolishing the celebrated neoclassical original by Sir John Soane.

Baker was heavily influenced by medieval churches, an ornateness that is reflected in several of his design suggestions for the Commission.

Of all the Principal Architects, he was arguably the most concerned with how visitors would use and interact with the cemeteries he created

He wrote many books on architecture, and took a keen interest in its relation to horticulture. He became a Principal Architect in 1918 and was responsible for designing our first three cemeteries. A traditionalist in style, he was also a bombastic character who could alienate his colleagues.

An intriguing account from Junior Architect Wilfred von Berg damns Blomfield as “rather a fraud”: on being asked to suggest designs for entrance gates to a cemetery, “after a few vain scribbles, [he] gave up in despair and told me to get on with the job myself!”. 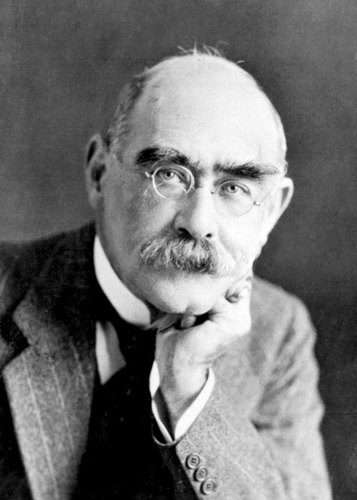 The world-renowned poet and author of The Jungle Book was well-connected in Establishment circles, often writing speeches for George V.

He shared Fabian Ware’s imperial vision, and was personally invested in the Commission’s work because his own son had fought in the war. He determined the famous ‘Known Unto God’ headstone inscription for unidentified casualties, as well as ‘Their Name Liveth For Evermore’ on the Stone of Remembrance.

Oliver Holt describes Kipling as a man of few, but “extremely pertinent”, words during Commission meetings. This was perhaps because he was a “compulsive ‘doodler’, making all sorts of little pen-and-ink sketches…over which his head would be closely bent”. 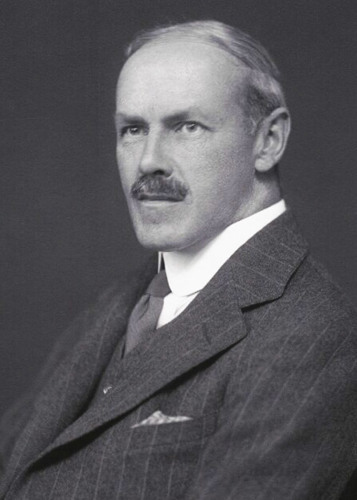 He joined Kew as Assistant Director, becoming Director in 1922 introducing a large number of changes to the Gardens, building, renovating and extending the glasshouses.

He was the first IWGC Botanical Advisor, visiting the sites in France and advising on landscaping and planting. 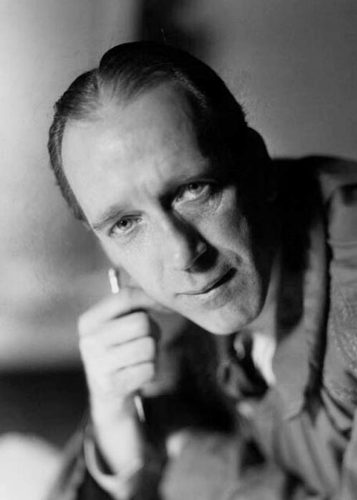 MacDonald Gill or Max Gill was the younger brother of Eric Gill, one of the leading members of the Arts and Crafts Movement. A graphic designer, cartographer, artist and architect he was noted for his elegant calligraphy.

MacDonald Gill joined the IWGC in 1918 as their lettering advisor, devising the typeface and regimental badge representations for the Standard Military Headstone. His designs are still used today. 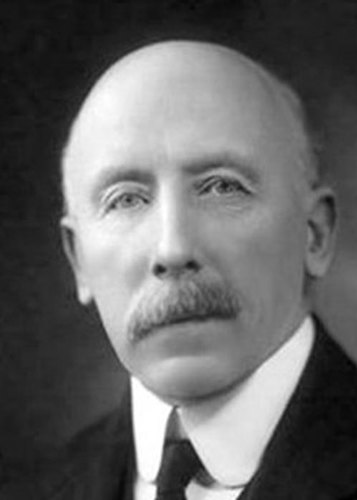 Kenyon was a widely-respected Classical and Biblical scholar, with a particular interest in verifying the historical authenticity of the Bible using ancient archaeological and manuscript evidence. He worked at the British Museum from 1889-1931, becoming its Director by 1909. After being knighted in 1912, he became President of the British Academy. Ware appointed Kenyon as the Commission’s ‘Architectural Advisor’, heading a committee that would arbitrate on all design matters. 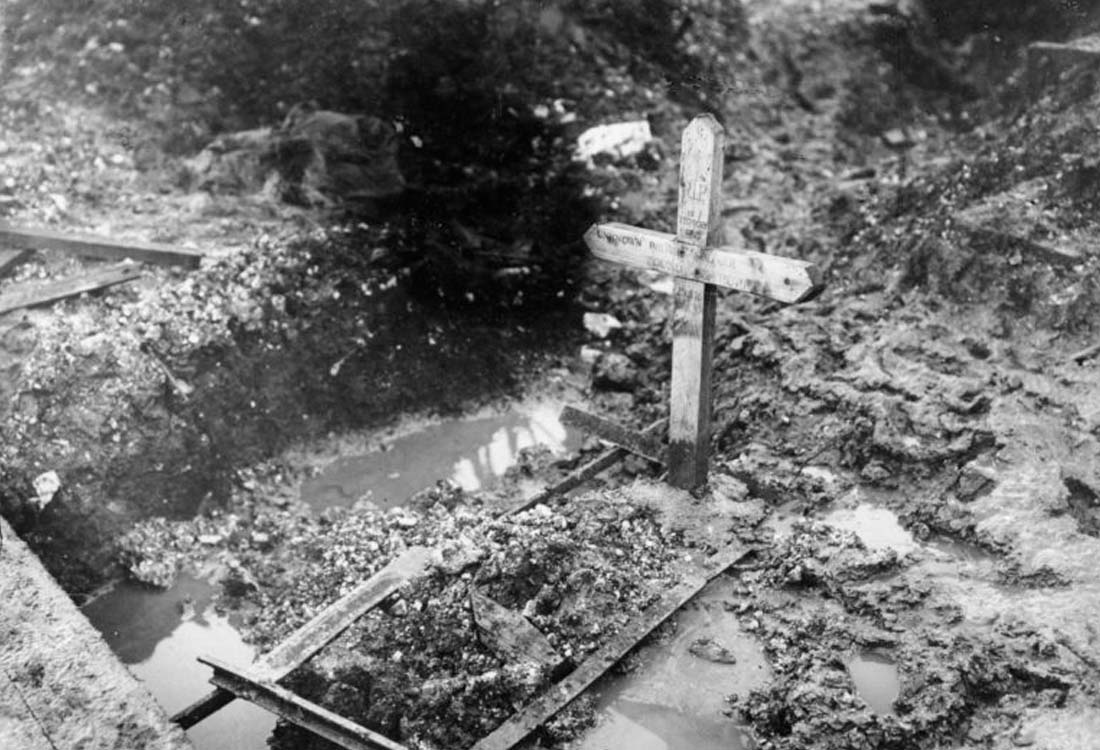 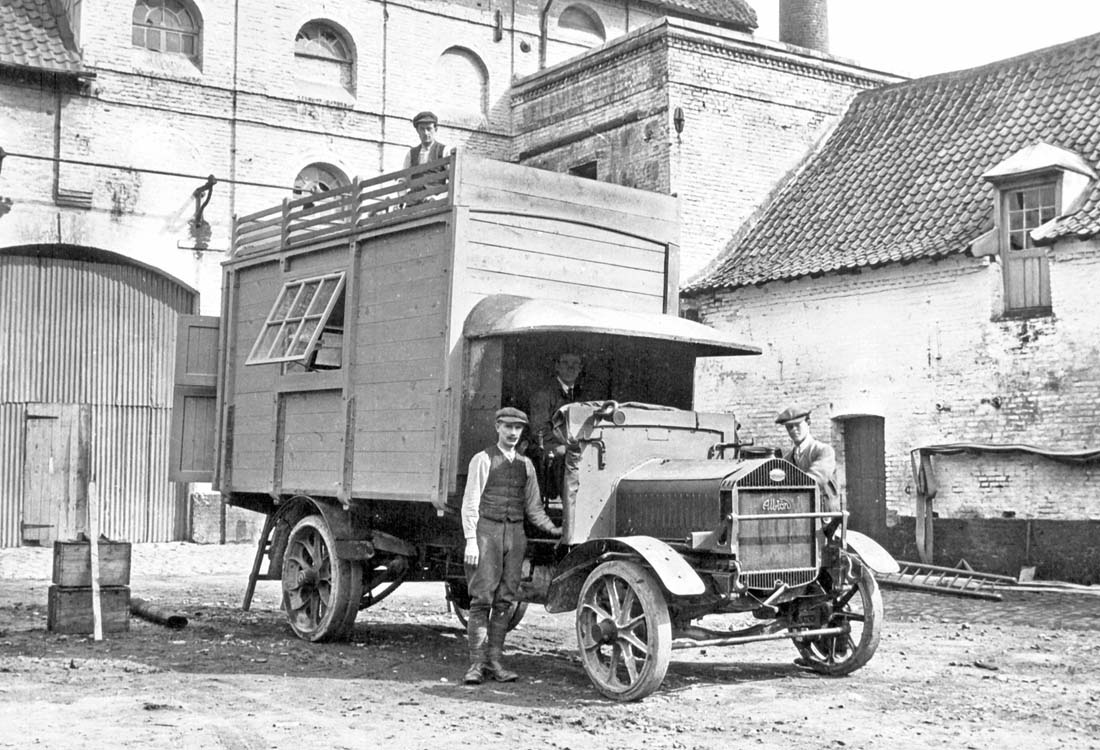 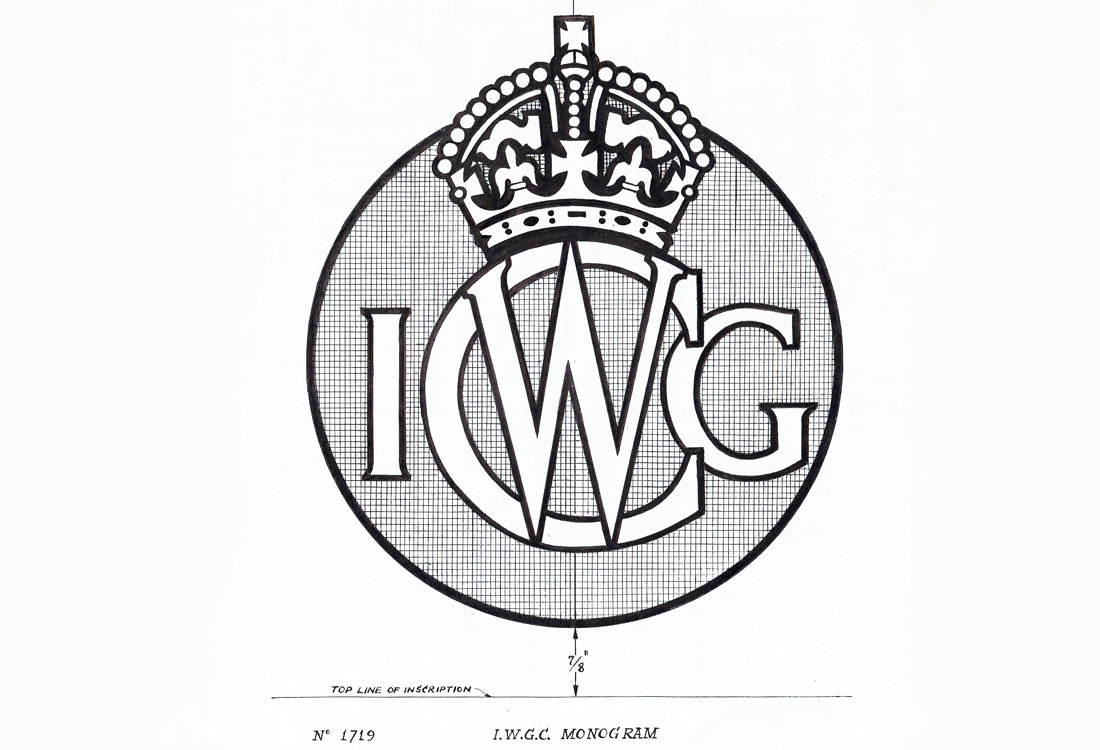 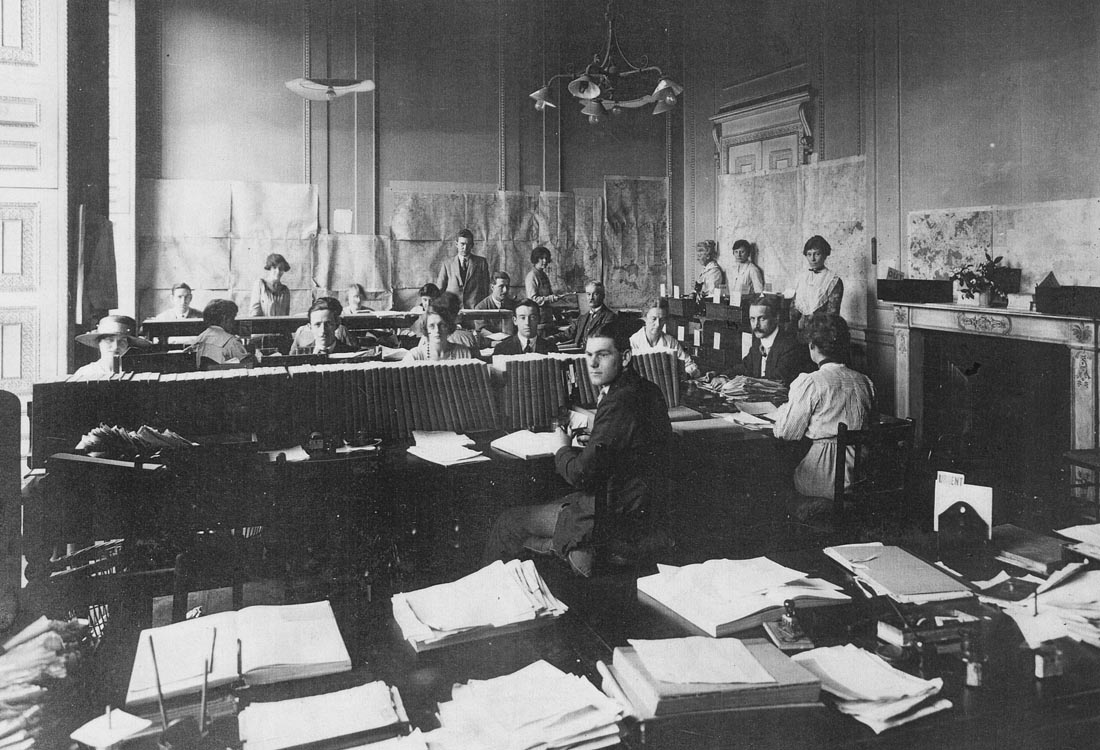 Historical photo of IWGC Staff at work in their offices in Baker Street London in the 1920s. © CWGC 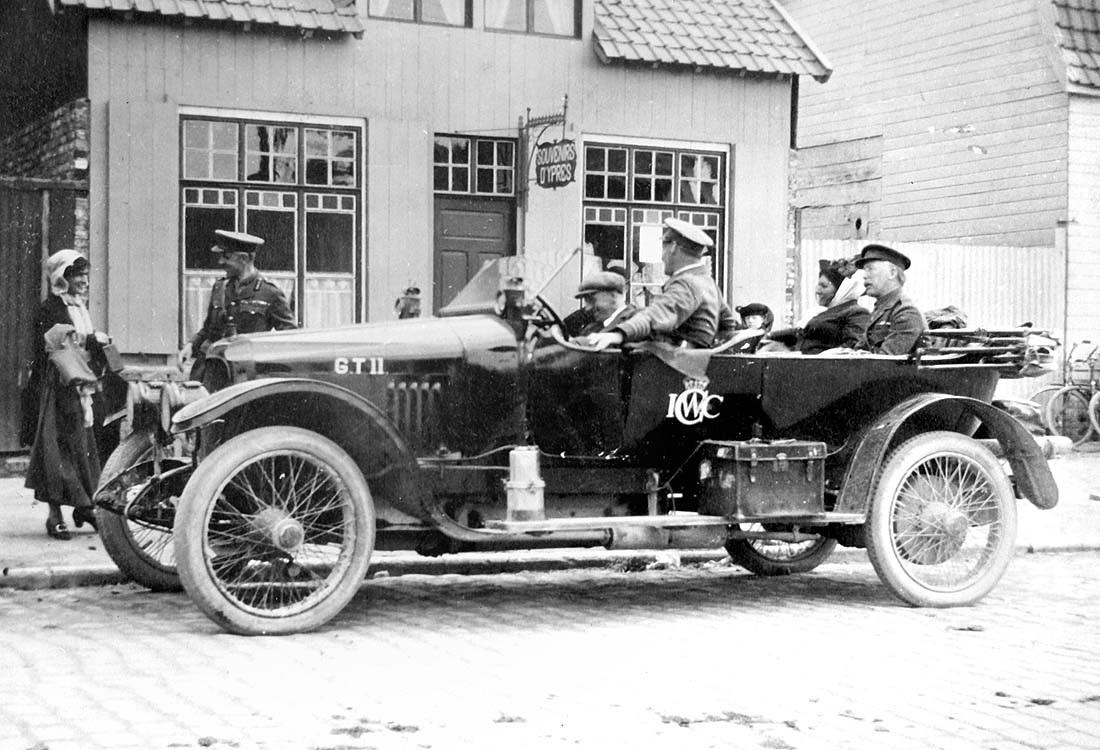