The Polish General Buried in a Nottinghamshire War Cemetery

On 16 July 1943, General Władysław Sikorski (‘Shi-kor-ski’) was laid to rest in Newark-Upon-Trent Cemetery, in a vault built by Polish Sappers at the foot of a memorial to Polish airmen. Jenny Grant is Head of History & Politics at Bromley High School (GDST) and a postgraduate researcher specialising in the Polish Armed Forces in the West. She has presented lectures at the National Army Museum and the Scottish-Polish Cultural Association and is a regular contributor to WW2TV. Jenny uncovers the story of why this General was buried in Nottinghamshire and why it is so important for the people of Poland. 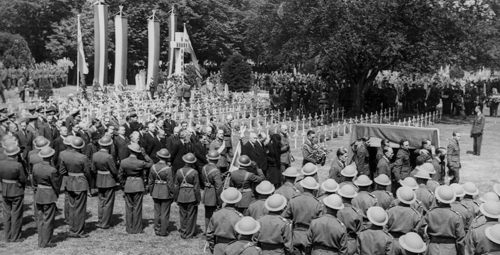 “Before you return to Poland, sleep quietly here beside the Polish airmen who are the best sons of Poland, and who gave their lives as you did for Poland.”

General Sikorski’s death on 4 July in a plane crash shortly after take-off from Gibraltar was a cataclysm for the Polish people as he had served both as the Polish Commander-in-Chief and the Prime Minister, leading the Polish government-in-exile. For the Polish people, then, Sikorski’s funeral at Newark had tremendous national implications. However, it also provides an opportunity to explore the significance of Newark Cemetery for the wartime Polish community.

The journey taken by Sikorski’s body from Gibraltar to Newark is worth describing, not least because it represented a significant logistical challenge. Sikorski’s body was recovered quickly and temporarily stored in a mortuary while the Polish government-in-exile worked out how best to arrange transport and burial. It was decided that a Polish destroyer, ORP Orkin, would sail to Gibraltar to convey the body to the UK. In the meantime, a zinc-lined coffin was secured, and the General’s body was transferred to the cathedral in Gibraltar, a journey which was captured on Pathé newsreel. 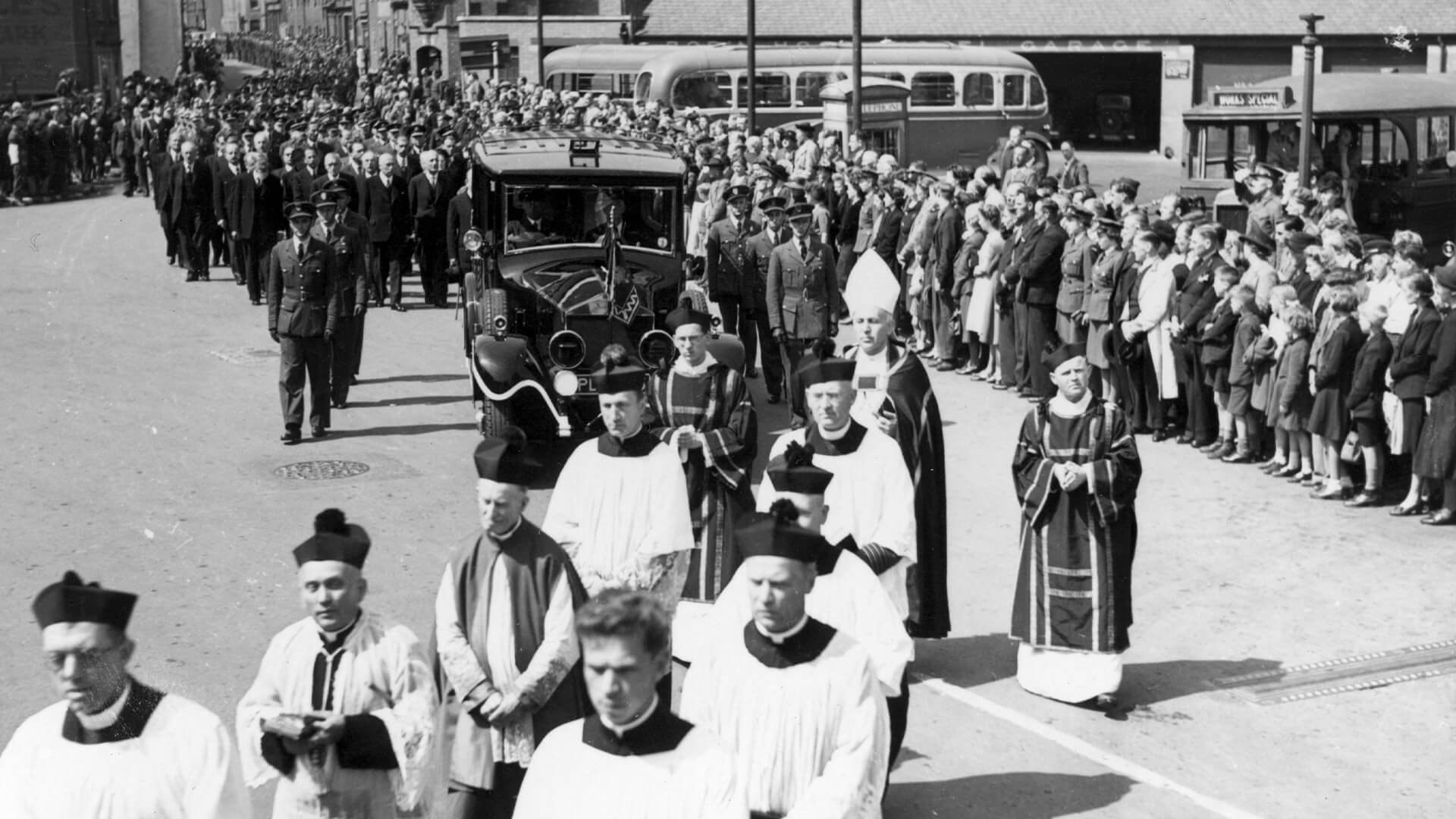 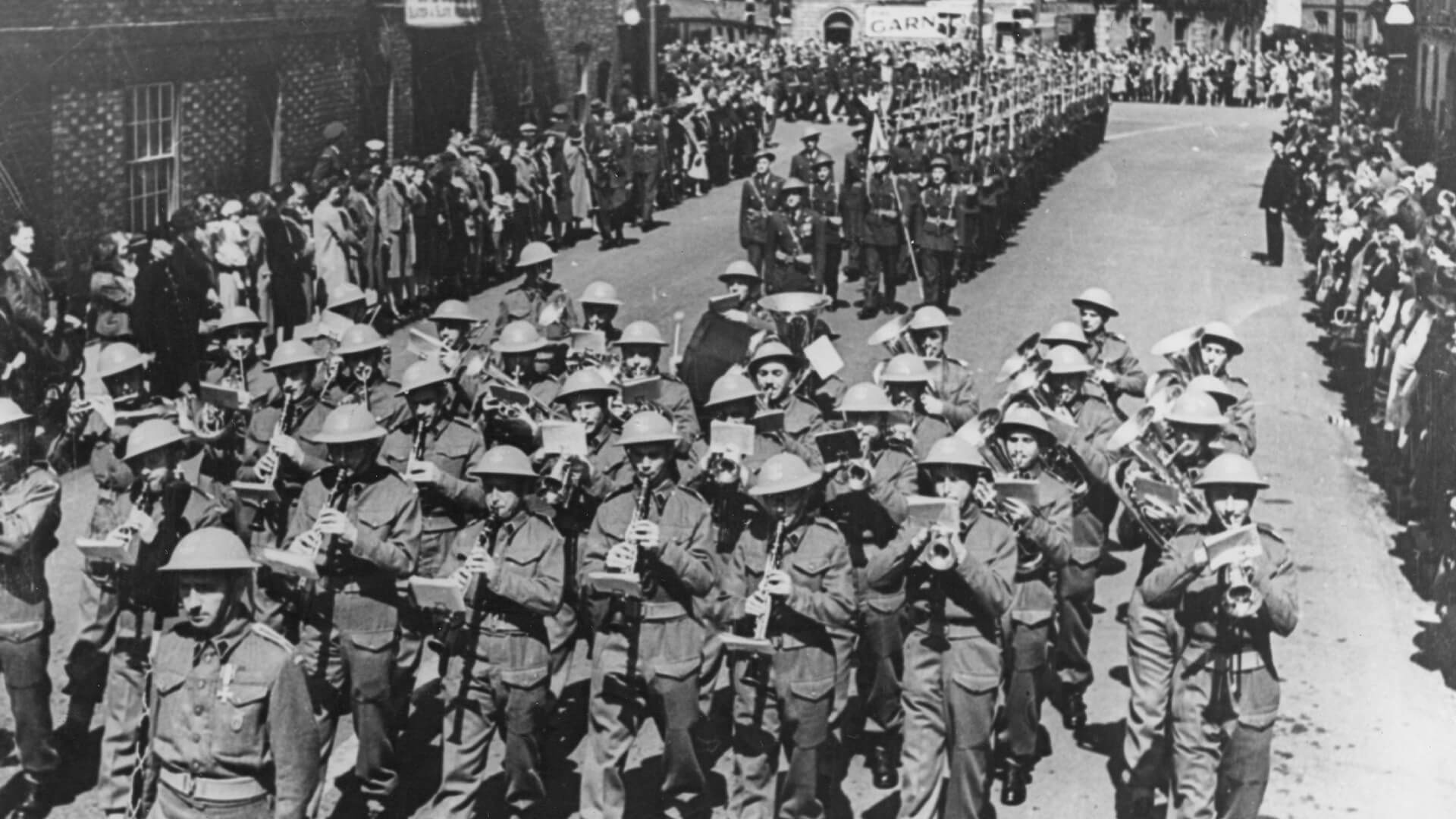 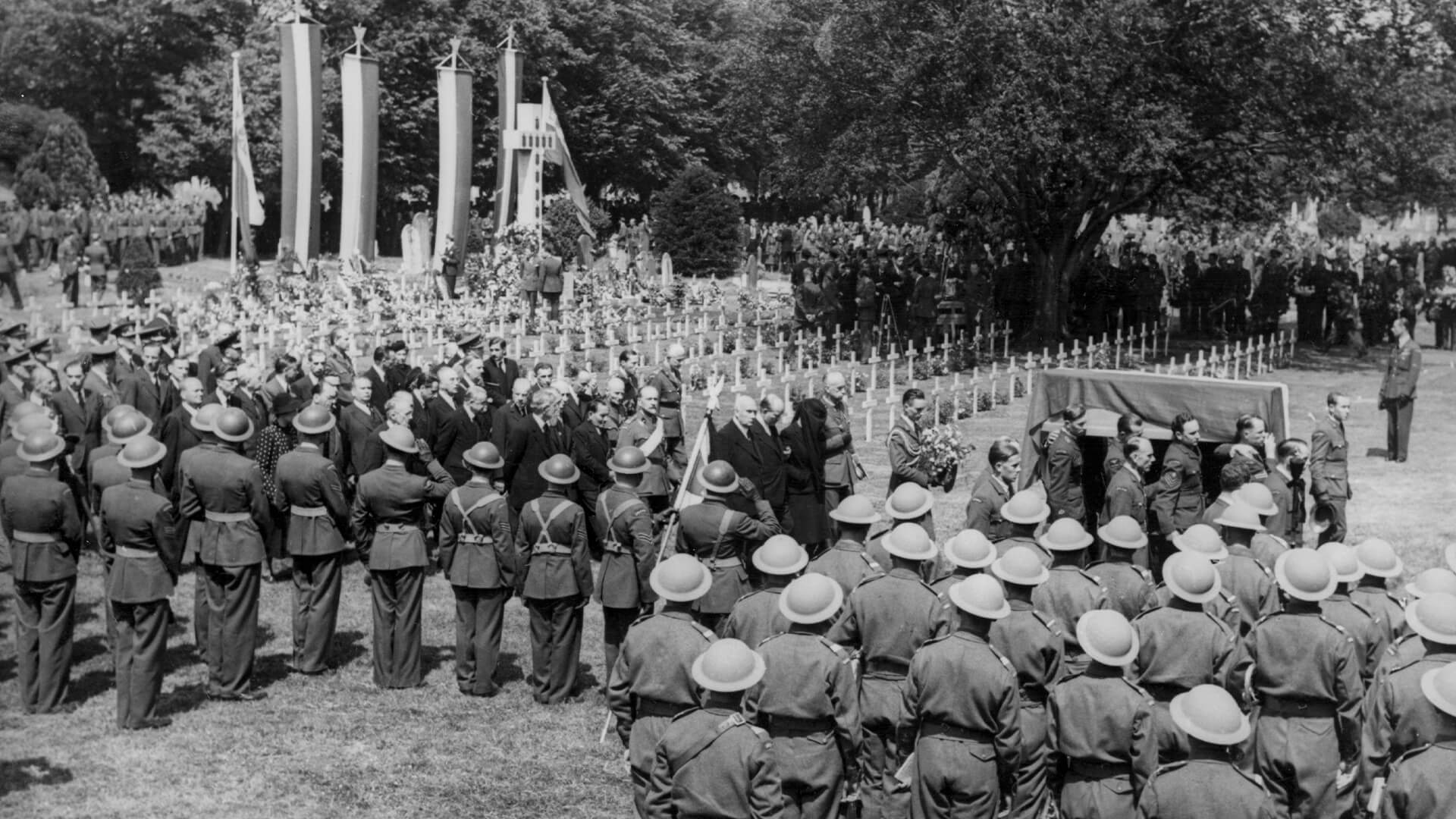 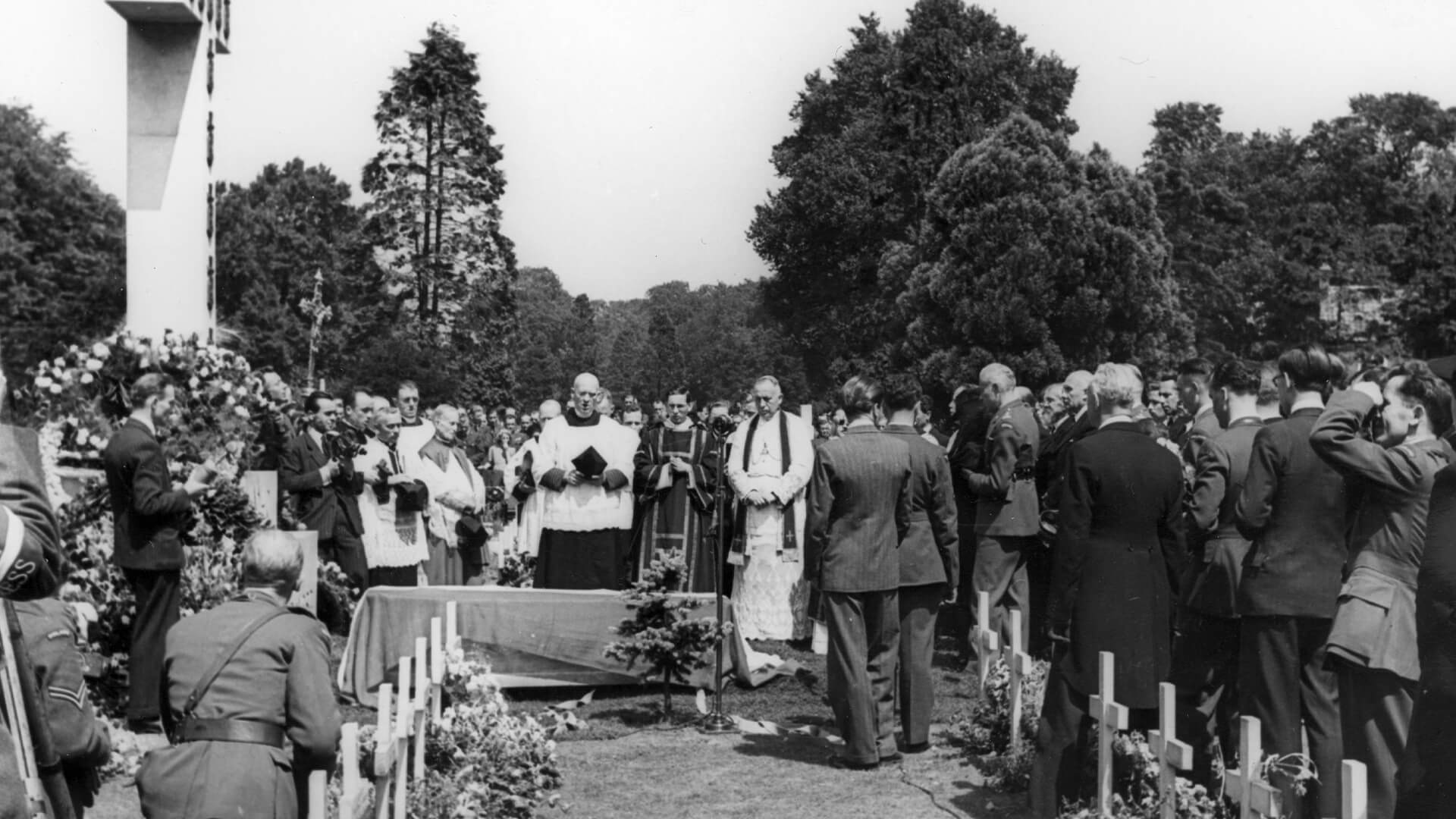 The coffin was then transferred to ORP Orkan and brought to Plymouth. A crane lifted the coffin onto a gun carriage for transfer to a train carriage, which had been arranged as a chapel. The train travelled to Paddington Station and the coffin was transferred by hearse to the Polish government-in-exile’s headquarters at Kensington Gardens. On 15 July, the coffin was taken to Westminster Cathedral for a Solemn Requiem Mass attended by 3,000 people, including Churchill. After the mass, the coffin was driven to Holy Trinity Church in Newark. On Friday 16 July, a further requiem mass was held at St Barnabas’ Cathedral and then the coffin taken to Newark-Upon-Trent Cemetery where Polish bombers swept over the heads of the funeral cortege and Polish trumpeters sounded the Polish Last Post. Sikorski would rest at Newark until 1993, when his remains were returned to Poland.

Initially, there had been discussion that Sikorski’s body might be held in the catacombs of St Mary’s Cemetery in Kensal Green, to allow for easier repatriation at the end of the war. Consensus quickly swung behind Newark, however. Newark lay at the cross-section of a number of RAF bases housing Polish bomber squadrons. During the autumn of 1940, the threat of invasion having passed, the Polish airmen had more time to explore their local area. They quickly established friendships with the locals. A Polish shop and canteen were set up in Nottingham, as was a branch of the Anglo-Polish Society, and a Polish mass was held in Grantham at Easter in 1941. For an air force in exile, therefore, Newark and the surrounding area became the closest thing the men had to a home in England.

In the summer of 1940, the Polish Air Force approached Newark Town Council, seeking permission for a section of the cemetery to be set aside for Polish airmen. The first Polish burials took place at Newark in October 1940, involving the crew of a Fairey Battle from No. 300 Squadron, who had crashed during training. On 14 July 1941, exactly two years before Sikorski’s burial, four Polish squadrons paraded at Newark in the presence of the Polish President, Władysław Raczkiewicz, and Sikorski himself. As the official record reported, “The names of the dead and missing were read out and a large granite cross was unveiled. It dominated the wooden crosses on each grave as the tragedy of Poland overshadows that of each individual”. By 1947, 391 Polish men would be buried in IWGC graves at Newark. In the decades to come, many Polish veterans who had forged new lives in post-war Britain requested that their civilian graves be sited in Newark, alongside their wartime comrades. 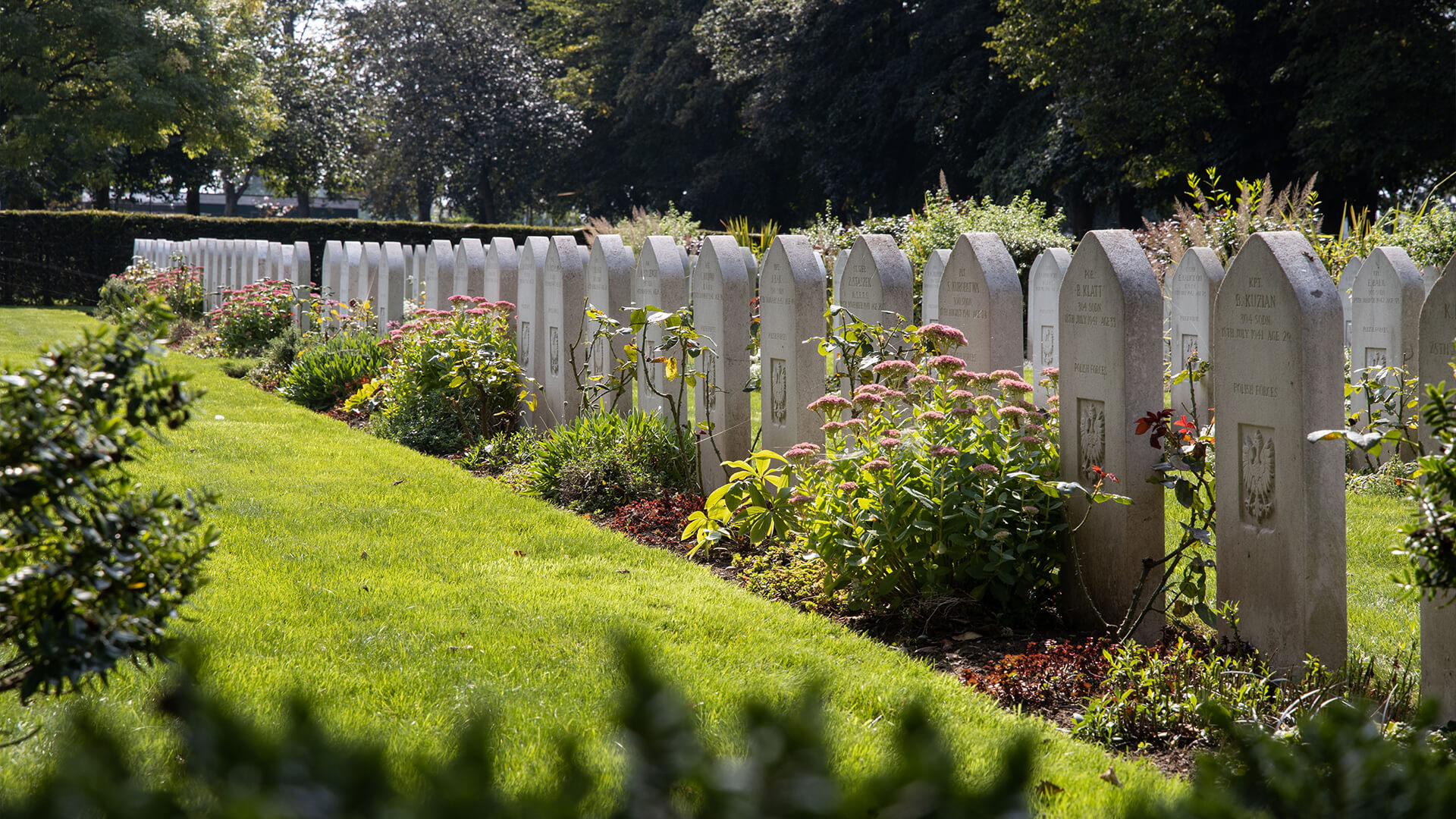 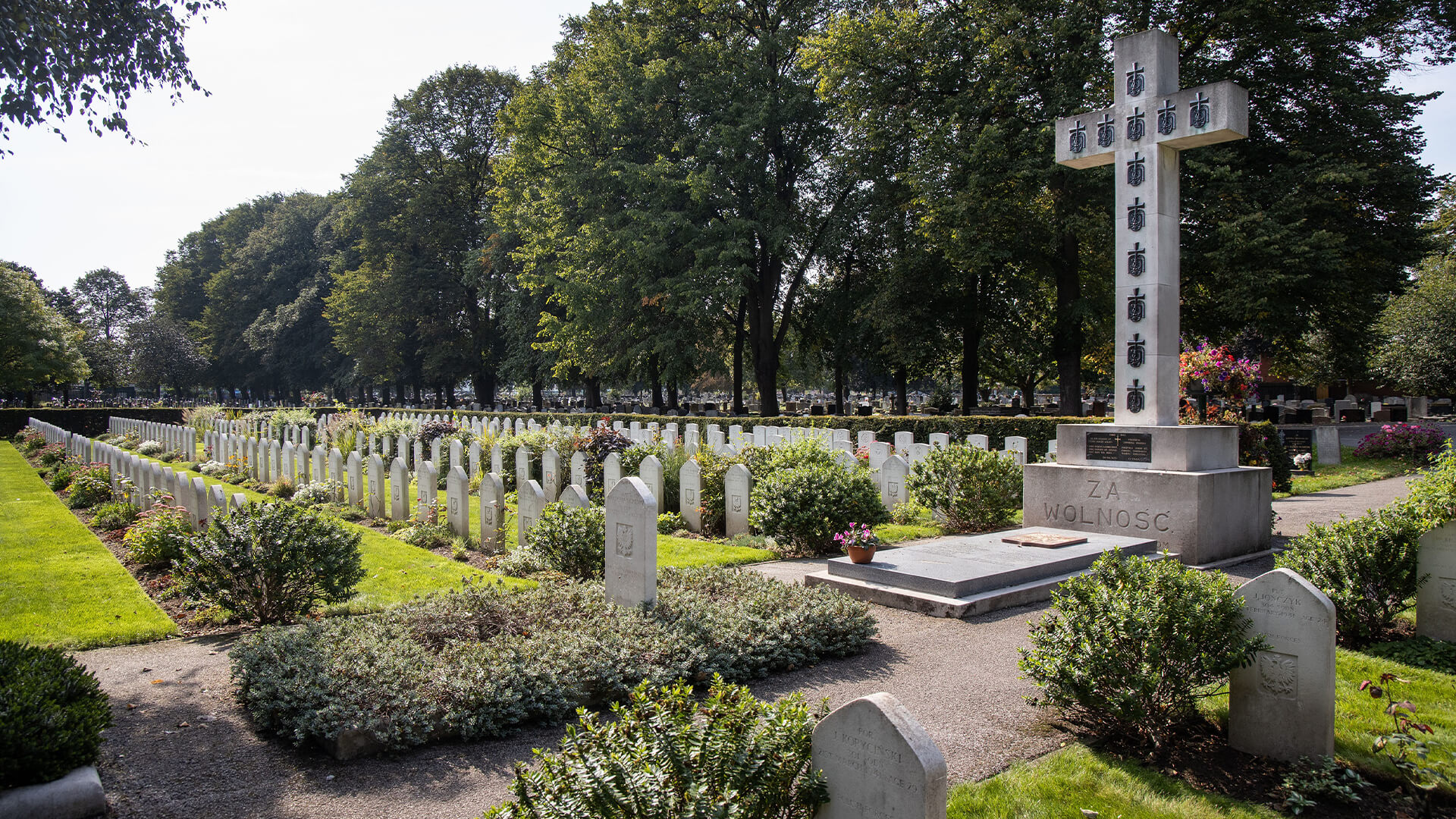 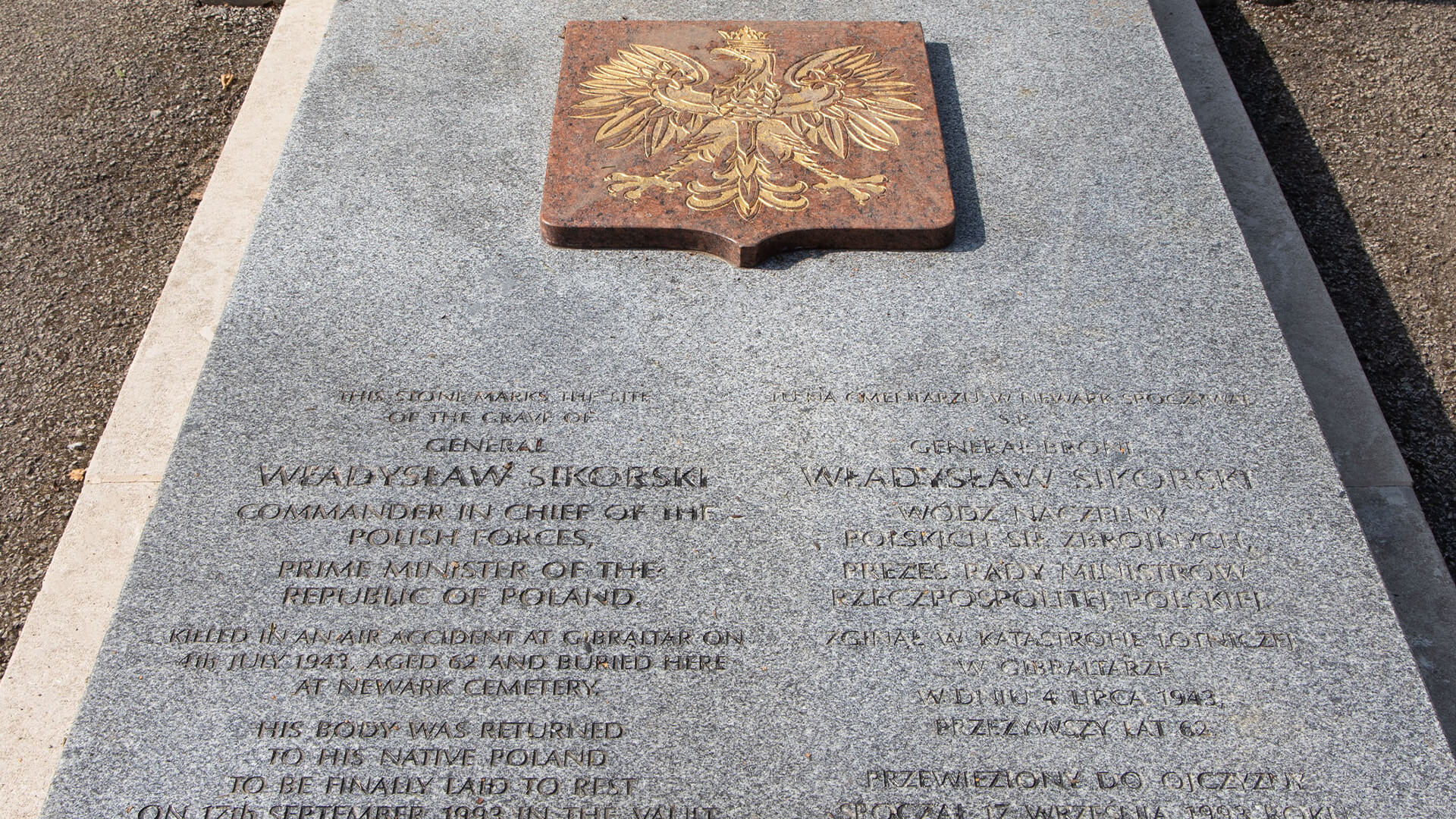 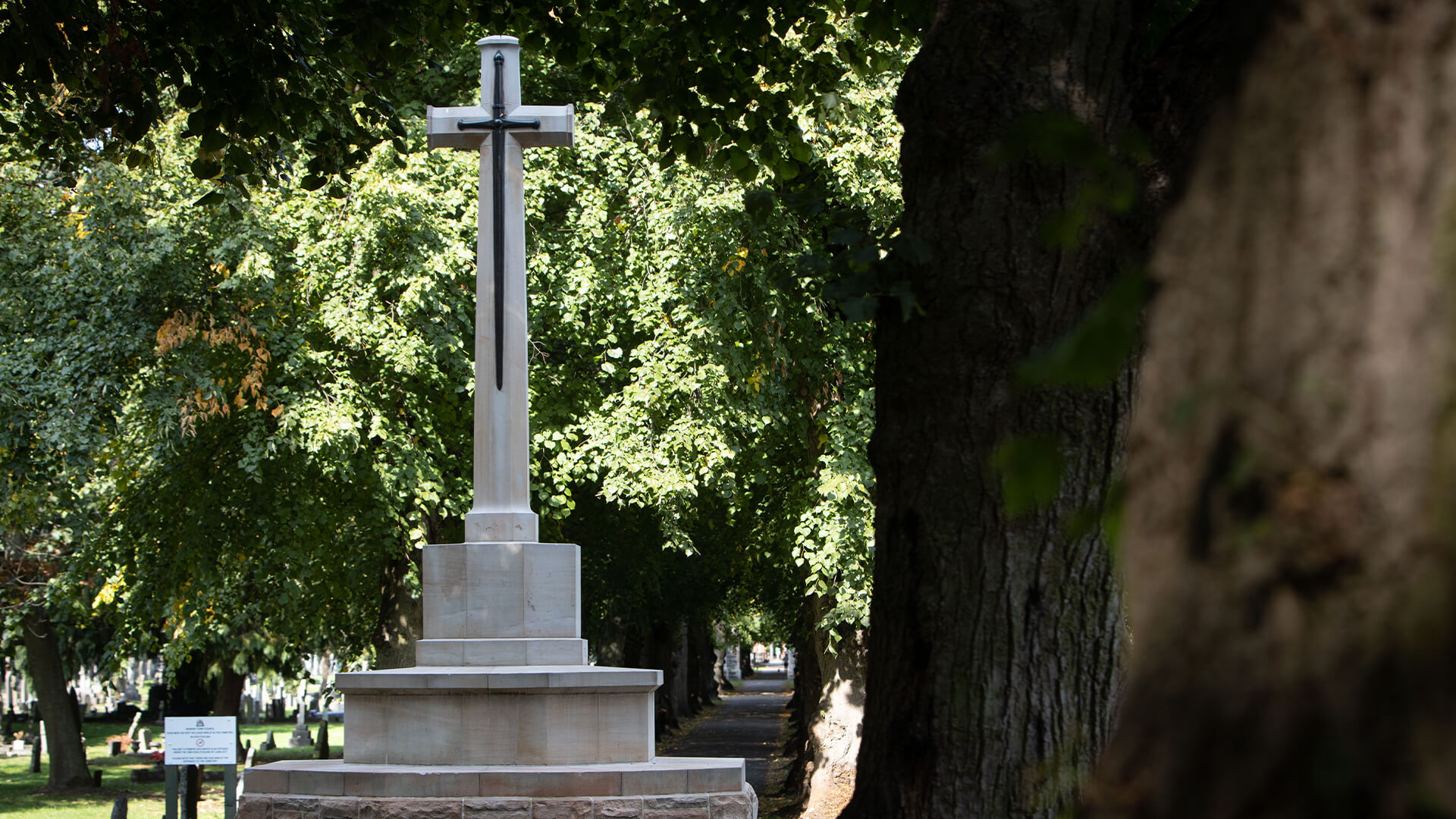 This instinct to create a corner of a foreign field which would forever be Poland, however, somewhat challenged the IWGC preference for mixed service plots which would better convey “the picture of the United Nations’ efforts.” The minutes of the Inter-Allied Conferences provide a fascinating insight into the IWGC’s preference for both uniformity of commemoration and for long-term sustainability, all of which ran up against the natural inclination of the Allies to acknowledge the sacrifice of their servicemen and women in a manner appropriate to their own cultures. In general, however, the IWGC demonstrated a great deal of sensitivity towards national sentiment, for example, offering to plant flower borders in national colours, and encouraging regular contact with the Allies to ensure accurate record-keeping.

One tragic and distinguishing feature of the CWGC graves of those who served in armies in exile, however, is the general absence of personal inscriptions. In 1941, a British woman wrote to the IWGC asking whether it would be possible for her to inform a Polish airman’s family of his death. She was advised against the effort: “A letter from England to a wife or mother in Poland would, if it ever reached the addressee, be liable to bring suspicion and possible harsh treatment upon her.” This situation did not improve significantly in Poland once the war ended, and the vast majority of Polish graves which now stand in CWGC cemeteries, therefore, commemorate the deaths of sailors, soldiers, airmen – but not, through inscriptions, of beloved sons, brothers or husbands.