Who were the Royal Flying Corps?

When airpower was still an early concept, a select few men were the early pioneers of a group called the Royal Flying Corps which went on to form the modern-day RAF. This time Megan Kelleher, Public Engagement Coordinator for the east of England, discovers who these men were and their legacy today. 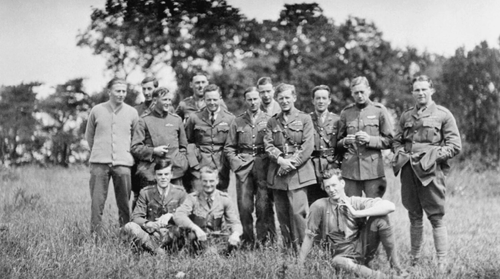 The Making of the Modern Royal Air Force

Blackadder Goes Forth (1989) is one of the most enduring cultural representations of the First World War from the British perspective, and one of the most beloved depictions is Rik Mayall’s outlandish portrayal of Squadron Commander Lord Flashheart. With his excellent moustache and smart uniform, he persuades Captain Blackadder and his friends to join the ranks of the Royal Flying Corps. But just who were the Royal Flying Corps (RFC)?

They were one of the organisations that preceded the modern-day Royal Air Force (RAF) which was formed after the amalgamation of the RFC and Royal Naval Air Service (RNAS) on 1st April 1918.

During the early part of the First World War, the RFC’s main responsibilities were artillery spotting and photographic reconnaissance. As the war continued, the RFC’s remit increased, with airmen attacking enemy trenches, airfields, transportation networks and industrial facilities. Consequently, the RFC participated in almost all the major battles of the First World War and served in all of the main theatres of the conflict. 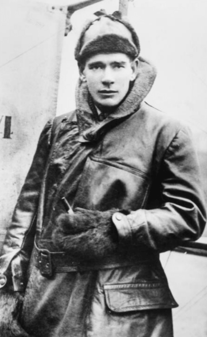 According to our records, there are more than 3800 RFC casualties in our care across more than 15 countries and territories. Many of those who served on the Western Front can be found at the Arras Flying Services Memorial, which contains almost 1000 names of those who served in the various Air Forces of the British Empire and who have no known grave. This includes the name of Major Edward “Mick” Mannock VC, one of the top fighter aces of the First World War.

Major Mannock originally served with the Royal Engineers and Royal Army Medical Corps prior to joining the Royal Flying Corps in 1916. During his career as a fighter pilot, he amassed 61 aerial victories and was a pioneer of fighter aircraft tactics in aerial warfare.

He was commanding 85 Squadron at the time of his death in July 1918; he was killed in action on 26th July 1918 dogfighting too close to the ground and was posthumously awarded the Victoria Cross after intensive lobbying by his former comrades. Sadly, his remains were never recovered and so the Commission commemorates him on the Arras Flying Services Memorial. 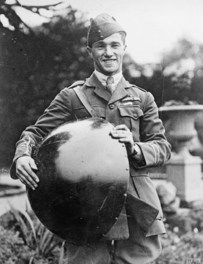 Another casualty in our care, whose name may be familiar to the people of Nottinghamshire, is Captain Albert Ball VC, who was a flying ace with 44 aerial victories accredited to him. Born and raised in Nottingham, he initially joined the Sherwood Foresters before transferring into the RFC during the early years of the conflict. On hearing of his fatal crash on 7th May 1917 a wave of national mourning and posthumous recognition occurred, which included the award of the Victoria Cross.

While many will recognise the monument and statue to him that is housed in the grounds of Nottingham Castle, his grave in Annoeullin Communal Cemetery and German Extension is marked by a private memorial paid for by his father. For those interested in the discussion between the Commission and the Ball family regarding his commemoration, there are some fascinating letters between the Commission and Albert Ball Senior that can be found in our Archives.

The legacy of the RFC is visible in many sites that our visitors make pilgrimages to, from Tyne Cot Cemetery and Memorial to Etaples Military Cemetery and even further afield. What is interesting about many of the RFC graves is that, in many cases, their Regimental badge is that of the RAF as opposed to the RFC’s cap badge. This policy has now been reconsidered by the Commission; the decision to use the RFC badge for all replacement headstones for RFC casualties was taken in 1990, on the grounds of historical accuracy, after discussions between the Commission and the RAF Air Historical Branch. If you do spot an RFC casualty in your local churchyard or cemetery, you can check whether it is an original or replacement headstone by looking at which Regimental badge is on there!

So next time you visit one of our sites, see something on the news about the RAF or watch an air display, maybe consider going home and looking up the RFC casualties that are local to you or researching the former RFC bases near you and see how they have changed over the last 100 years. 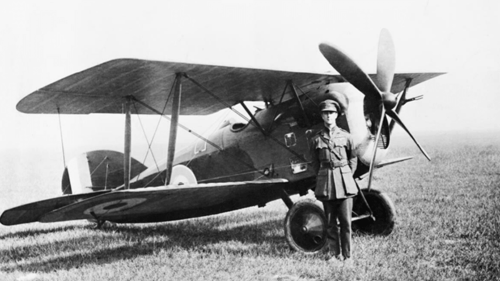