Casualties of the Dieppe Raid 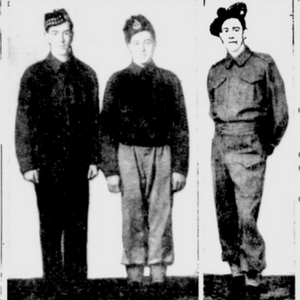 Homer and Bernadette Rivait of Windsor, Ontario, had 13 children, eight sons and five daughters. Five of the brothers Leon, Alphonse, Lawrence, Raymond and Edward served in the Canadian Armed Forces during the war.

Leon, Alphonse, Lawrence and Raymond enlisted at different times in 1940 and 41, but all served together with the Essex Scottish Regiment, R.C.I.C. The four spent time training in Canada and Britain, before three of the brothers Alphonse, Leon and Raymond fought in the raid on Dieppe on 19 August 1942.

Leon and Alphonse were both killed during in action. Leon is buried in CWGC Dieppe Canadian War Cemetery, and Alphonse - whose grave could not be located or identified - is commemorated on the Brookwood 1939-1945 Memorial.

Raymond was one of many prisoners held by the Germans and spent the rest of the war in P.O.W. camps.

Three years later in November 1944, Private Lawrence Rivait was killed in action and is buried in Groesbeek Canadian War Cemetery, in the Netherlands.

Their younger brother Edward enlisted shortly after Lawrence’s death in 1944. His parents petitioned the army to get him out of service and while they succeeded in having him discharged, Edward re-joined a month later. 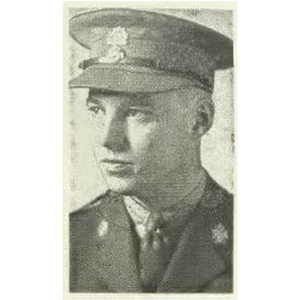 Erskine Robert Eaton was born in 1915 to Robert Young Eaton and Hazel Margaret Eaton, of Toronto, Ontario, Canada, the fourth of five children.

After schooling, Erskine attended the University of Toronto Schools and the Royal Military College of Canada. Erskine was a well-known horseman and obtained a commission in the Governor-General's Body Guard. He was chosen to be a member of the Army team to represent Canada in the 1938 Dublin Horse Show.

At the outbreak of the war, he was working at the Montreal store of the T. Eaton Co. which his great uncle founded. He immediately volunteered for active service and joined the 1st Battalion, Les Fusiliers de Mont-Royal. Erskine initially served as Transport Officer for Les Fusiliers de Mont-Royal, before attending a company commander's course early in 1940. He also served as intelligence officer of the 5th Brigade. He was gazetted Captain in the spring of 1942, and became second in command of "D" Company.

The Eaton’s were a military family, Erskine’s father Robert was honorary colonel of the Governor-General's Body Guard, his older brother John was a Major serving with the 5th Canadian Armoured Division, his younger brother was a lieutenant in the 3rd Reserve Armoured regiment and one of his sisters Margret was a Major in the Canadian Women’s Army Corps.

On 19 August, the Les Fusiliers de Mont-Royal was part of the assault force which landed on the beach immediately below Dieppe. During the assault Captain Erskine was wounded and transported back to England. He died of his wounds later that day aged 27. He is buried in Brookwood Military Cemetery. 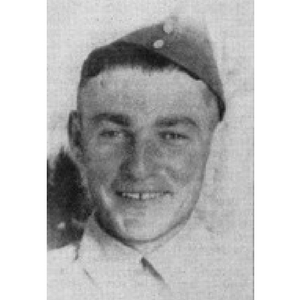 Samuel Berger was born in Poland to Osias and Freda Berger in either 1919 or 1921. The family was of Jewish extraction and Samuel was one of five children. In 1935, Samuel along with his mother, brother and three sisters emigrated to Canada, with Osias Berger. The family lived in Windsor, Ontario, where Samuel attended Begley school.

On 4 July 1940, Samuel enlisted in the Canadian Army motivated in part by German’s conquest of his native Poland.  It is possible that Samuel lied about his age to enlist as his date of birth given to the army doesn’t match that printed in the local papers after his death. Samuel served with the Essex Scottish Regiment, R.C.I.C.

Men of the Essex Scottish Regiment were involved in the main landings below Dieppe. Their assault was meant to be supported by tanks, but these arrived late and the men were unable to clear the obstacles and scale the seawall, so suffered heavy casualties caused by machine gun fire from emplacements dug into the overlooking cliffs.

Samuel was killed during the assault and is buried in Dieppe Canadian War Cemetery. His headstone bears the Canadian maple leaf and Star of David, below which are inscribed the words chosen by his brother Joseph:

OF LOVE THEY GIVE 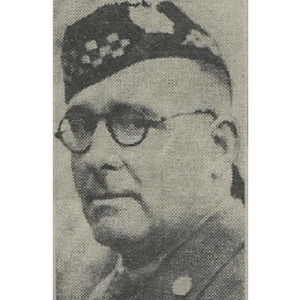 Theodor Marie Insinger was born on 28 July 1895 in Bussum, in the Netherlands, to Ernst and Agathe Insinger. Theodor was the oldest of three brothers and his father Ernst served as Commander-In-Chief of the Dutch Army. Theodor served with the Dutch Army during the First World War when the Netherlands was neutral, and was a noted sabre-fencing champion. He left the army having reached the rank of Captain.

Despite his age, Theodor joined the Calgary Highlanders, R.C.I.C. on 22 September 1939. He initially served as Transport Officer, but because of his ability with languages, in addition to his native Dutch – he spoke Danish, English, French, German and Italian - he was attached to 2nd Canadian Division headquarters as Intelligence Officer.

On 19 August 1942, Captain Insinger was aboard the destroyer H.M.S. Calpe which was acting as command ship for the raid on Dieppe.  He was killed when a shell struck the ship. He was 47 years old. His body was lost or could not be recovered, so he is commemorated by name on the Brookwood 1939-1945 Memorial.