HM The Queen marks 100 years of RAAF at Runnymede

Her Majesty The Queen has marked the centenary of the Royal Australian Air Force (RAAF) at the CWGC’s Runnymede Air Forces Memorial. 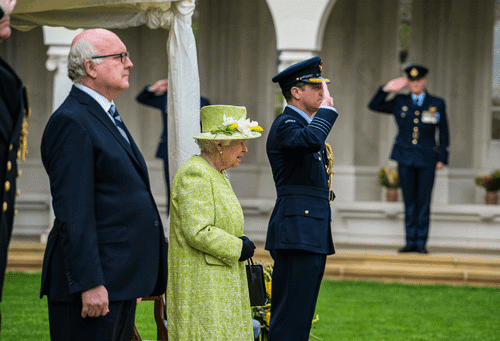 The Queen was welcomed to the ceremony by CWGC Director General Claire Horton CBE and The Honourable George Brandis, High Commissioner for Australia, alongside representatives from the RAAF.

A fly past and wreath laying in honour of the RAAF personnel who have given their lives in the past 100 years took place at the event earlier today (Wednesday 31 March).

Claire Horton said: “Today is an historic milestone for the Royal Australian Air Force and we are honoured that the Commonwealth War Graves Commission’s Runnymede Air Forces Memorial has been chosen to mark the occasion.

“Around the world, the sacrifice of men and women from the Commonwealth lives on through the memorials and graves that bear their names. A century on from their formation, the RAAF’s duties at home and abroad remain as strong as ever, as does our commitment at CWGC to remember their fallen forebears.”

The Runnymede Air Forces Memorial was designed by Sir Edward Maufe and unveiled by The Queen on 17 October 1953. It bears the names of more than 20,000 men and women of the air forces who died while serving in north and west Europe during the Second World War. 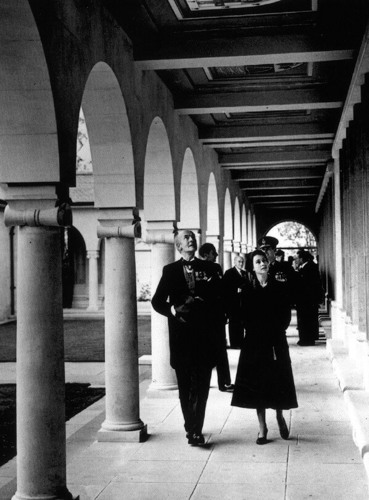 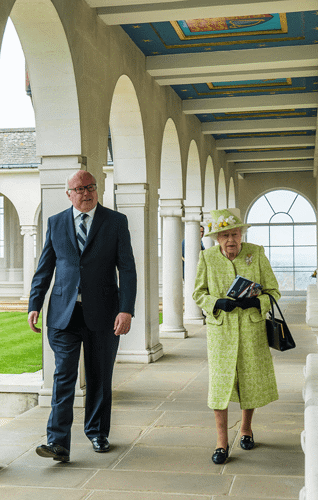 The Queen pictured with Sir Edward Maufe, the memorial’s architect, and pictured today

Formed after the First World War, the Royal Australian Air Force played a vital role in the Allied efforts during the Second World War. More than 215,000 men and women served in the RAAF during the war.

CWGC commemorates more than 11,000 RAAF personnel who were killed in the Second World War. The majority lie at rest in cemeteries around the world – from Albania to Zimbabwe – and more than 1,300 missing RAAF war dead are named at Runnymede.

Find out more about Runnymede Memorial

Unveiled by Her Majesty, Queen Elizabeth II, on 17 October 1953, the memorial was designed by Sir Edward Maufe, the Commission's Principal Architect for the United Kingdom after the Second World War. Discover more about the history of Runnymede Memorial and plan a visit.