There are many examples of Women of Conspicuous Courage commemorated by the CWGC in our cemeteries and on our memorials. Read some of the stories of the courageous women that gave their lives during the Second World War.

THE NURSES MASSACRED ON A BEACH 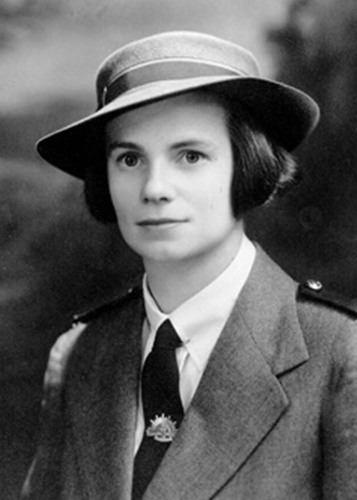 Elaine Balfour-Ogilvy was born in 1912 in Renmark, South Australia. She trained as a nurse after high school and when the Second World War came, decided to use her skills to help the war effort, joining the Australian Army Nursing Service in 1940.

By March 1941 she had left the safety of Australia and was on her way to Malaysia, then known as Malaya, where she settled into life as an army nurse on active service overseas.

Nine months later, he life changed rapidly. After their attack on Pearl Harbour, Japanese forces began to strike all over the Pacific and made quick progress through Malaya, towards Singapore.

Elaine and her fellow nurses cared for increasing numbers of wounded as the fighting drew nearer. On 12 February 1942, patients and nurses began their evacuation to safety on the SS Vyner Brooke, just in time to escape the Fall of Singapore.

Two days later their ship was bombed, and wounded soldiers, medical staff, civilians and children all fled for safety. Many made it to the beaches of Bangka Island, off the coast of Sumatra, including Elaine and 21 of her fellow nurses.

While they cared for casualties, the civilians headed inland to surrender to the approaching Japanese forces. Later that morning soldiers arrived.

They forced the wounded who could still stand to walk around the headland. The nurses heard shots echo along the beach and the Japanese returned with bloodied bayonets. Then they set up a machine gun, herded the nurses into the sea and shot them. Elaine was 30 years old.

Against all odds, one nurse survived and would eventually testify to the war crime on Bangka Island.

Until then, Elaine’s family had no idea what had happened to their daughter – their sister – but that she was missing with the Vyner Brooke.

Elaine and her fellow nurses killed on Bangka Island are commemorated by name on the CWGC’s Singapore Memorial. 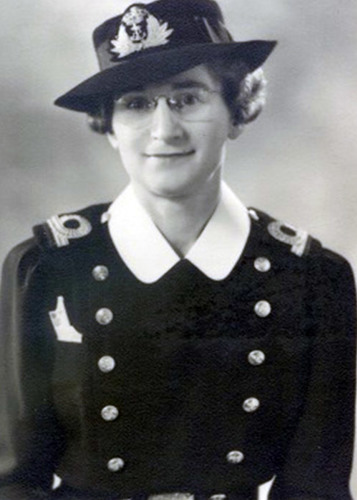 Agnes Wilkie was born in Oak Bluff, Manitoba, Canada in 1904. A keen swimmer and skater, she was described as ‘pleasant, very quiet, kind and mild’ when she began nursing school at Misericordia General Hospital, Winnipeg, in 1924.

After training she stayed on at Misericordia as an operating room supervisor, continuing with a successful 13-year career in private nursing.

In January 1942 the call of greater public duty came. Agnes, by then a highly competent, warm and gentle nurse, volunteered to join the Royal Canadian Navy.

Her recommendations were glowing. The Navy wanted to use her important skills to oversee the next generation of nurses.

She was quickly posted overseas to HMCS Avalon, a large naval base in St John’s, Newfoundland on the easternmost tip of North America – more than 2,000 miles away from her home in Canada.

On 13 October 1942 Agnes was travelling with her friend and naval colleague Nursing Sister Margaret Brooke. They were aboard the ferry SS Caribou. Both had taken the dangerous journey back home to the Canadian mainland and were now returning to their posts in Newfoundland.

Despite the ferry travelling in convoy with Royal Canadian Navy escorts they were still spotted by a German U-boat.

The Caribou was torpedoed and within five minutes sank into the freezing waters. Agnes and Margaret grabbed onto an upturned lifeboat in the dark, trying desperately to keep hold while the waves pulled at them.

Eventually, Agnes lost consciousness and let go. Margaret caught her and held as long as she could but before rescue arrived, the sea won. Agnes drifted away.

Margaret was later awarded an MBE for her valiant effort to save her friend and comrade.

Agnes was buried with full naval honours. Ships in the busy harbour flew their flags at half-mast and flowers were piled high on her grave, which can still be visited today in Mount Pleasant Cemetery, St. John’s, Newfoundland.

A FREAK ACCIDENT IN THE PACIFIC 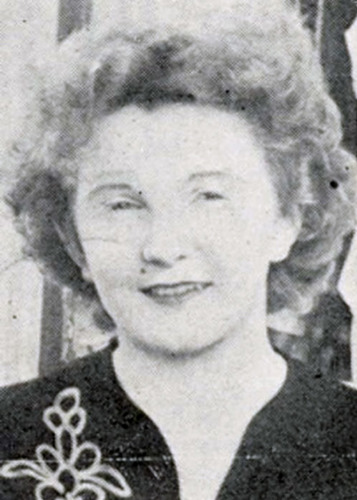 Marcel Hartnett was born in 1920 in Wanganui, New Zealand. As a young woman she worked as a shorthand typist and in July 1943 enlisted in the New Zealand Women’s Auxiliary Army Corps (WAAC).

As a typist-stenographer she was initially stationed at the Army Tactical School in nearby Putiki. It was commanded by Lieutenant Colonel John Wood who asked Marcel to join him as his personal typist when he transferred abroad.

The new role meant a dangerous sea voyage, and serving within a theatre of war; nonetheless, Marcel agreed.

Her new posting would take her north to New Caledonia – an island nearly 1,000 miles north-east of Brisbane, Australia – where wounded and sick servicemen were being brought to recover from fighting against the Japanese in the South Pacific.

Marcel and nine other WAACs arrived in September 1943 after a hair-raising journey. The 2nd New Zealand Convalescent Depot had been attached to an American hospital at Kalavare, New Caledonia.

The camp was still being constructed even though nearly 100 patients had already been evacuated there in desperate need of care.

The women quickly threw themselves into the work. Though she worked as a typist Marcel helped out around the hospital too.

On 30 January 1944, she and a group of hospital staff took some recovering soldiers out on a picnic. On the return journey, along the island’s rough dirt roads, the truck they were in struck a hole and flipped. Marcel was thrown out and crushed by the tumbling vehicle. She was 23 years old.

A history of the depot she served with said: “Marcel's bright red head and gay laughter are essentially a part of the sunshine and cool shadows that the 'Pioneer' 2nd New Zealand Con Depot knew and learned to love."

Marcel is buried in CWGC’s Bourail New Zealand War Cemetery – the only woman there and the only NZWAAC to die on active service in the Pacific. 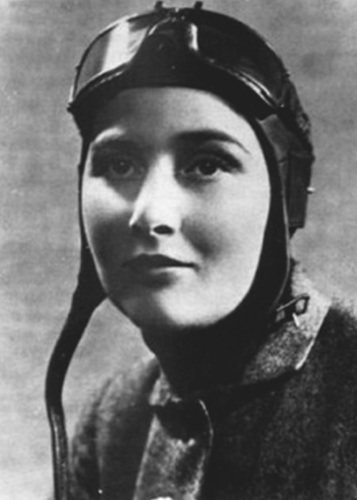 Rosamund King Everard-Steenkamp was born in 1907, near Carolina, South Africa, to British parents. She grew up on their farm in Mpumalanga in the shadow of the Everard Group – the famous collection of artists made up of the women in her family.

In the 1920s Rosamund visited Europe with her mother and sister to further their artistic studies. Art wasn’t her only passion. She was an excellent rider and shot, spoke French and siSwati. She dreamed of flying, though, and in 1935 she began to learn.

She quickly gained experience flying across Africa to Britain, touring Europe, North Africa and Turkey. Soon she was passing on her considerable knowledge as a flying instructor at Witwatersrand Technical College.

Many of the pilots trained by Rosumand would go on to distinguish themselves in the South African Air Force thanks to her tutelage.

When the Second World War began she was commissioned as a captain continuing to teach and fly but now for the South African Air Force. In 1940 she met and married fellow pilot Nicolaas Steenkamp. Tragically, within two years he was dead.

Despite being recently widowed, her service continued, flying between South Africa and Cairo transporting important officials between military bases.

By 1944 Rosamund’s global career in the air force took another turn as she joined the Air Transport Auxiliary (ATA) in the UK. As an ATA pilot she had the often-dangerous job of ferrying military aircraft from factory to base.

It is believed that she became the first woman to fly a jet aircraft during her time in the UK.

Rosamund continued her service with the ATA until 19 March 1946 when she was killed in a flying accident while at the controls of a Spitfire. She was 32 years old.

Her body was brought to All Saints’ Cemetery in Maidenhead, Berkshire, for burial alongside 19 fellow members of the ATA.

U-BOAT ATTACK ON THE CONVOY 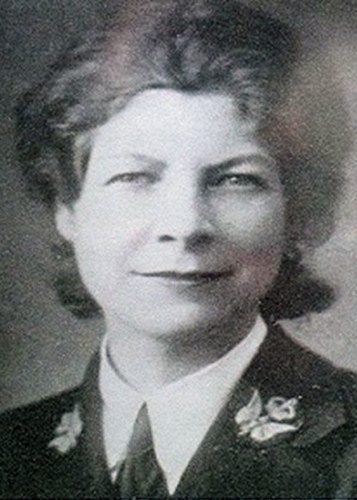 Rosalie was born in 1907 in Tring, Hertfordshire, the youngest of eight children. She followed her sisters into nursing and in early 1939 was an assistant nurse for the Spirella Company, which made corsets.

A popular, eager and happy employee, she was well-known for her sporting abilities and regularly won prizes in golf and swimming.

When the Second World War came Rosalie joined the Women’s Royal Naval Service (WRNS). In August 1941 she was among a party of Wrens who departed Liverpool aboard the SS Aguila. They had all volunteered to go closer to the dangers of war and were on their way to serve in Gibraltar.

The risk of attack from German U-boats meant ships travelled in convoys. Alongside Aguila were merchant and Royal Navy vessels.

Rosalie described the ship as: “Very nice, beautifully comfortable… I think we shall have a good time, everyone seems disposed to be friendly.”

As the convoy she was in headed around the northern tip of Ireland a message was received that long-range enemy aircraft were operating in the area. They were told to expect an attack.

The next day, 18 August 1941, they received a further message warning that U-boats may be on their tail. Despite the warnings of danger, the high-spirited Wrens dressed up and entertained the company by singing ‘The World is Waiting for the Sunrise’ that evening.

At 3am on 19 August two torpedoes struck Aguila. Over the next four days ten ships from the convoy, including the Aguila, were sunk. More than 400 people lost their lives. Rosalie and 20 other Wrens were among the dead.

The Director of the Wrens wrote to Rosalie’s sister expressing her sympathy and trying to offer comfort that Rosalie couldn’t have suffered as the Wrens’ cabins took a direct hit.

The Wrens and seamen lost in the convoy alongside Aguila are all commemorated by the CWGC on our large naval memorials at Plymouth, Portsmouth and Chatham, and our merchant naval memorial at Tower Hill in London. Rosalie is named upon Chatham Naval Memorial.

If you want to discover more about the stories of the women who fought and died during the two world wars, who are commemorated near to you, make sure you book onto one of our free guided tours.

There is a wealth of world war history across the United Kingdom. From large CWGC war cemeteries and memorials to single headstones in remote churchyards, you're never far from one of our sites. For more information on our current tour programme please use the button below.