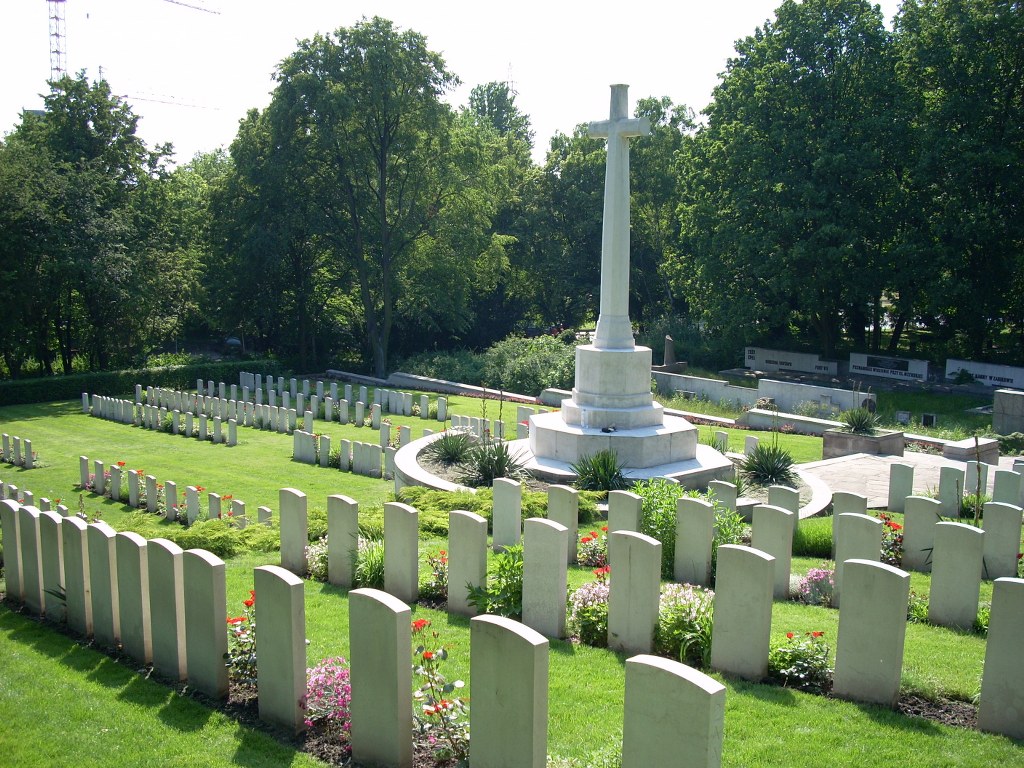 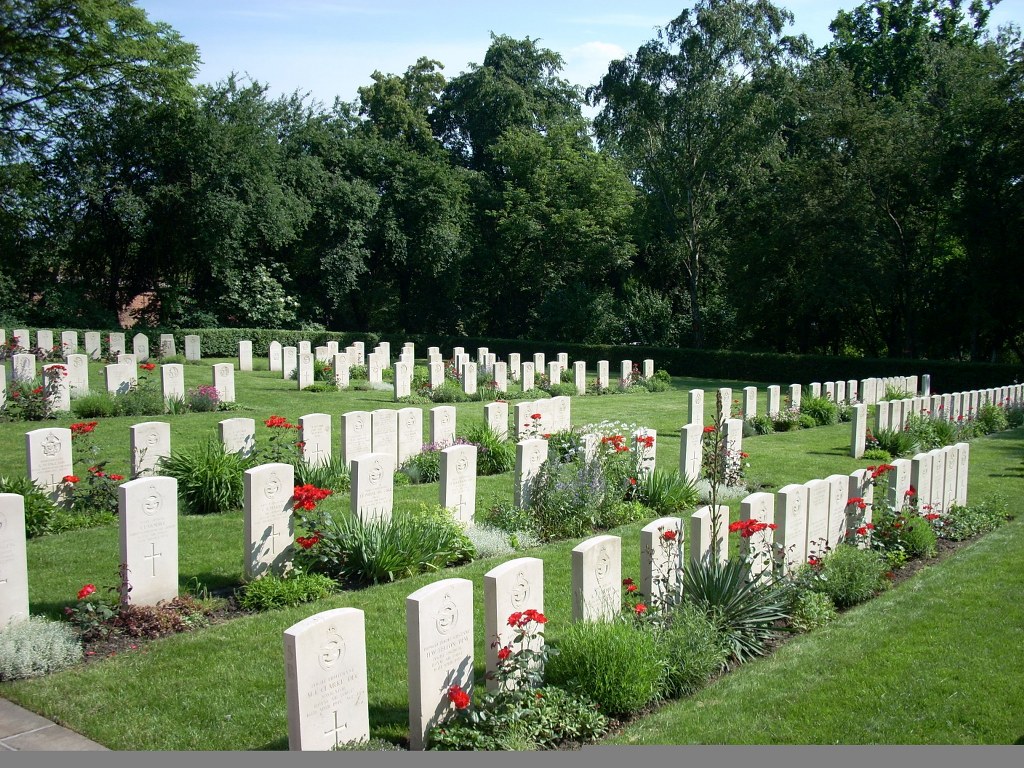 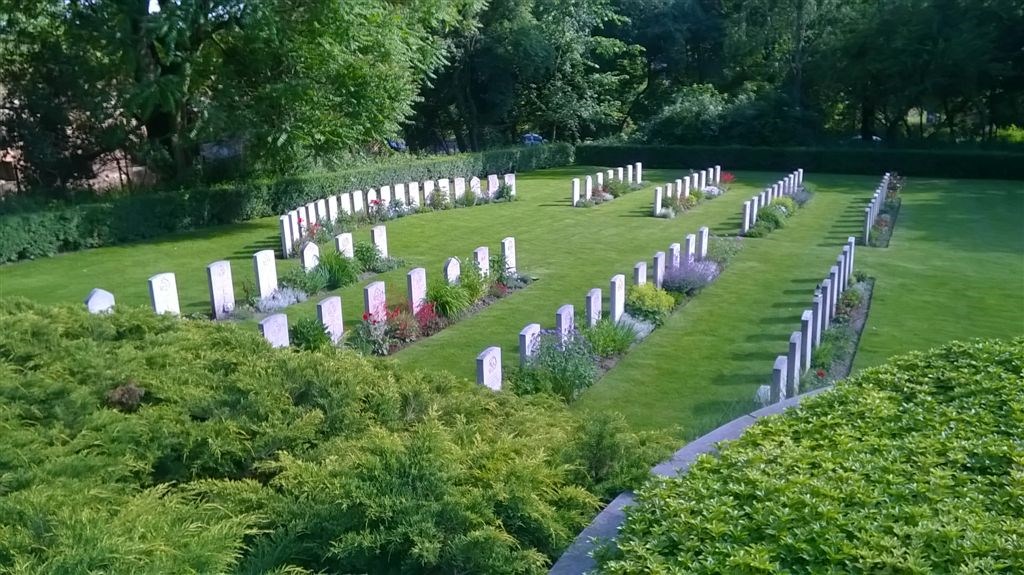 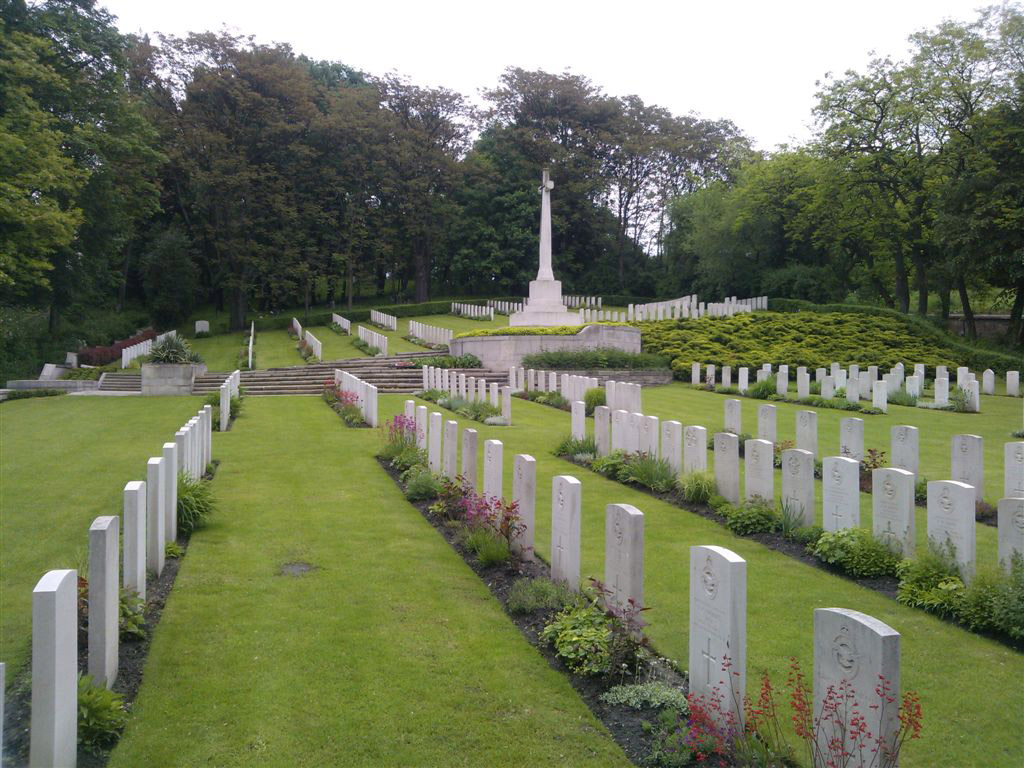 This cemetery is permanently open to the public.

After the First World War, the graves of Commonwealth servicemen who had died in Poland as prisoners of war were gathered together in this cemetery. There are now 174 Commonwealth servicemen of the First World War buried or commemorated in the cemetery. One of the burials is unidentified. Special memorials commemorate one casualty known to have been buried in Czersk Prisoners of War Cemetery, 29 known to have been buried at Szczypiorno Prisoners of War Cemetery and 18 known to have been buried at Pila (formerly Schneidemuhl) Prisoners of War Cemetery, all of whose graves could not be identified. The majority of the 283 Second World War burials in the cemetery are those of airmen, many of whom died in bombing operations on Stettin (now Szeczin). Also buried here are those involved in the mass escape from Stalag Luft 3, Sagan (now Zagan), in March 1944, and others who died while prisoners of war during the German occupation, at Stalag VIIIC, Sagan, Stalag XXID at Poznan, Oflag XXIB (also known as Oflag 64) and Stalag XXIB, both at Schubin (now Szubin). There are also 19 war graves of other nationalities in the cemetery, most of them Polish. The cemetery also contains the POZNAN MEMORIAL commemorating five RNAS armoured car ratings who died near Brezazany in July 1917 and whose graves were never located.