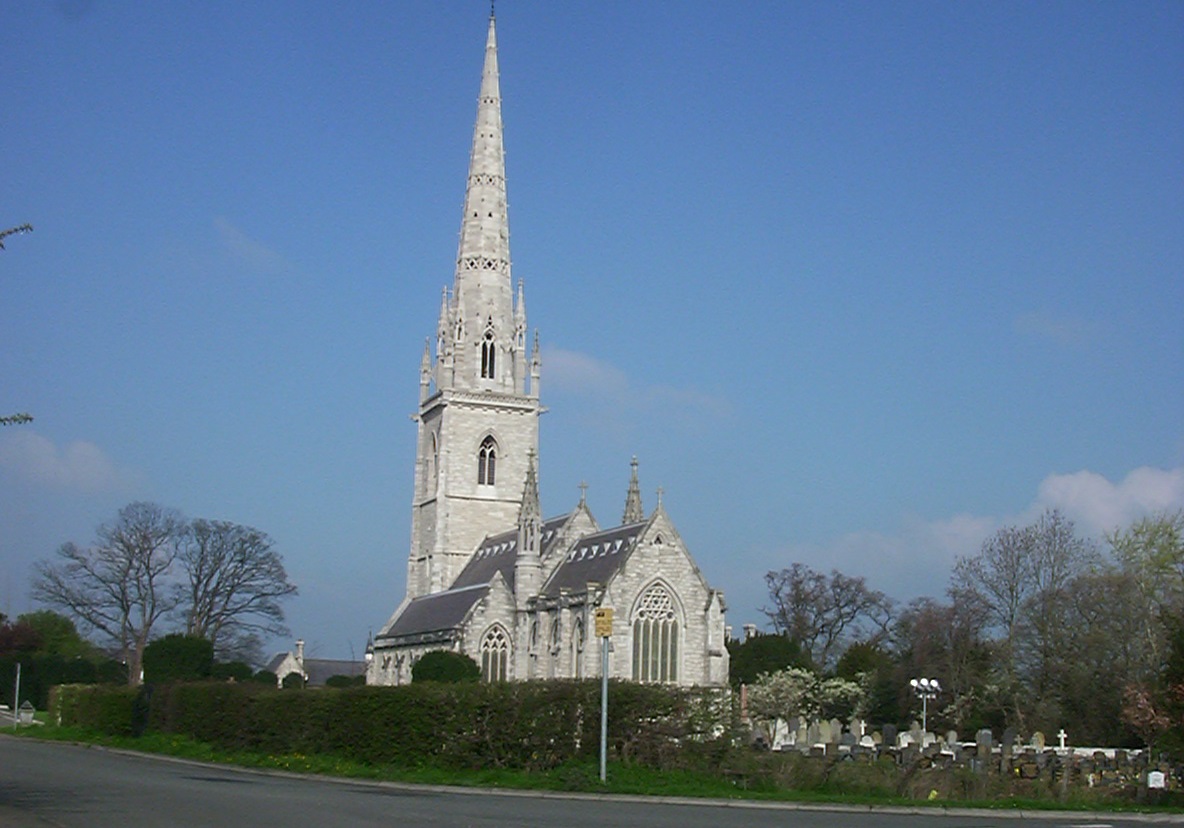 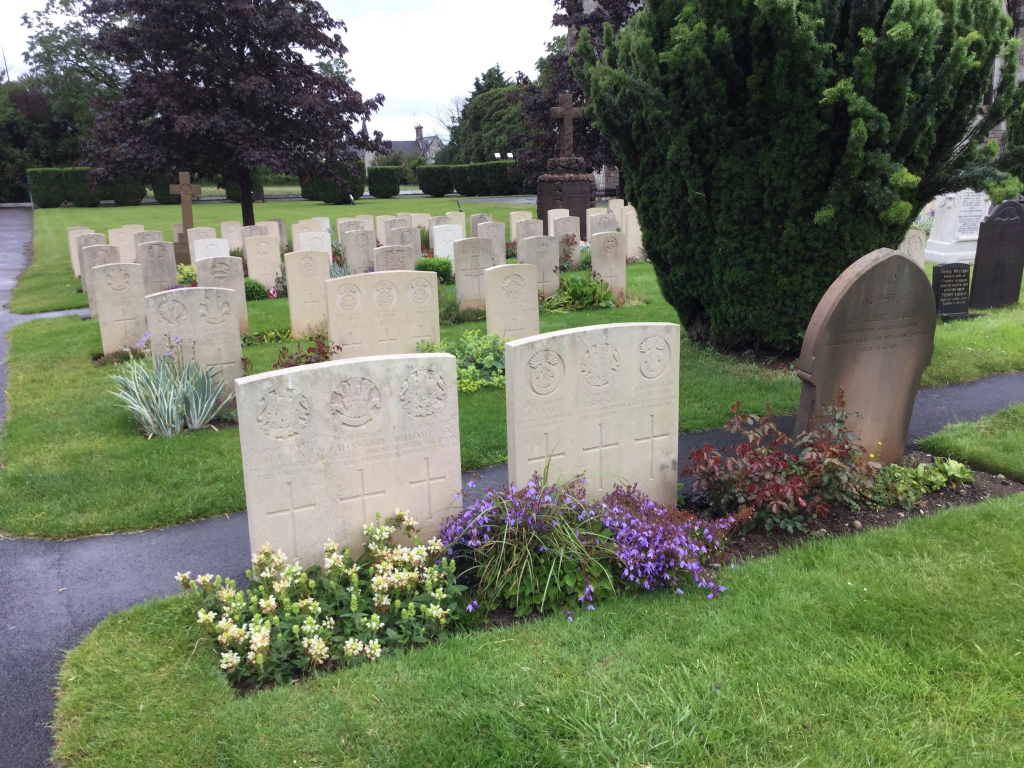 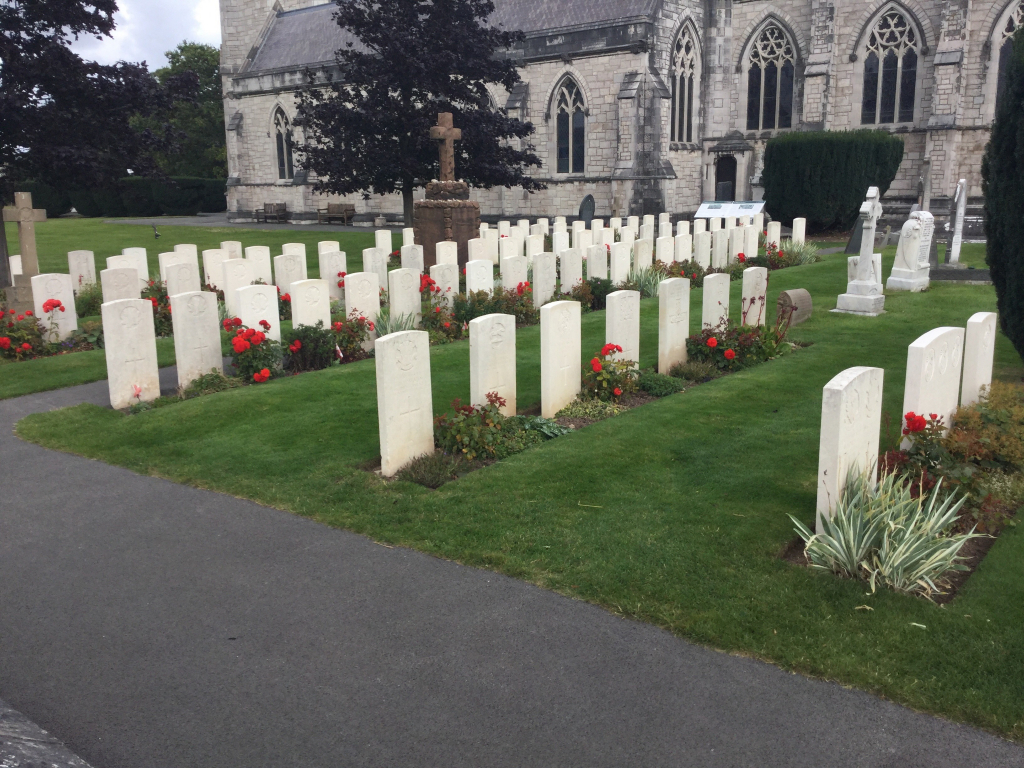 The church is known locally as "The Marble Church."

There are over 100 burials of the 1914-1918 war here, in the South East part of the churchyard. Over 80 of the burials are those of Canadian soldiers who died in the repatriation camp at Kinmel Park in 1919, largely from influenza.

The Canadian troops erected a memorial Cross of red sandstone, on an inscribed base, in the churchyard. The Military Hospital at Kinmel Park contained, in huts and under canvas, 1290 beds; and the 9th Canadian General Hospital was there in 1918-1919.