To help us continue our work and to assist in raising the profile of the CWGC, we work closely with various organisations; these include our equivalent organisations in the other member nations, educational organisations and charities. Find out more about them below.

The sites below offer information on the official bodies of the main Commonwealth nations that are involved in the commemoration of their war dead, and also information on how the war dead of other nations are commemorated.

The Office of Australian War Graves was formed with the aims of maintaining war cemeteries and individual war graves in Australia; commemorating eligible veterans who died post-war and whose deaths were caused by their war service; and building and maintaining national memorials overseas.

Discovering Anzacs is a website from the National Archives of Australia which enables you to browse its 375,971 records of service of the Australian Army during the First World War according to the person's place of birth or enlistment.

Veterans Affairs Canada was formed in 1951 on behalf of the Government of Canada and assumed responsibility for commemorating any Veteran who qualified for a funeral and burial at the expense of Canada as well as the maintenance of the existing Privy Council headstones.

The Canadian Virtual War Memorial is a website built and maintained by Veterans Affairs Canada, containing information about more than 116,000 Canadians and Newfoundlanders who have lost their lives in major conflicts since 1884. In addition to being a tribute to the men and women who served and gave their lives for Canada, the website has a searchable database and the facility for members of the public to contribute to the memorial by submitting images, letters and other memorabilia.

India Remembers is led by the United Service Institution of India – which has asked the Commission to partner on those elements related to the commemoration of India’s war dead from the two world wars. India Remembers encourages diverse groups across India to discover, explore and remember the stories of India’s war dead – more than 160,000 of whom are commemorated by the Commission around the world.

New Zealand War Graves Project holds photographs, research and background information from the Trust. It welcomes contributions from visitors and currently has more than 11,000 photographs on the website.

The German War Graves Commission is responsible for the maintenance and upkeep of German war graves in Europe and North Africa. 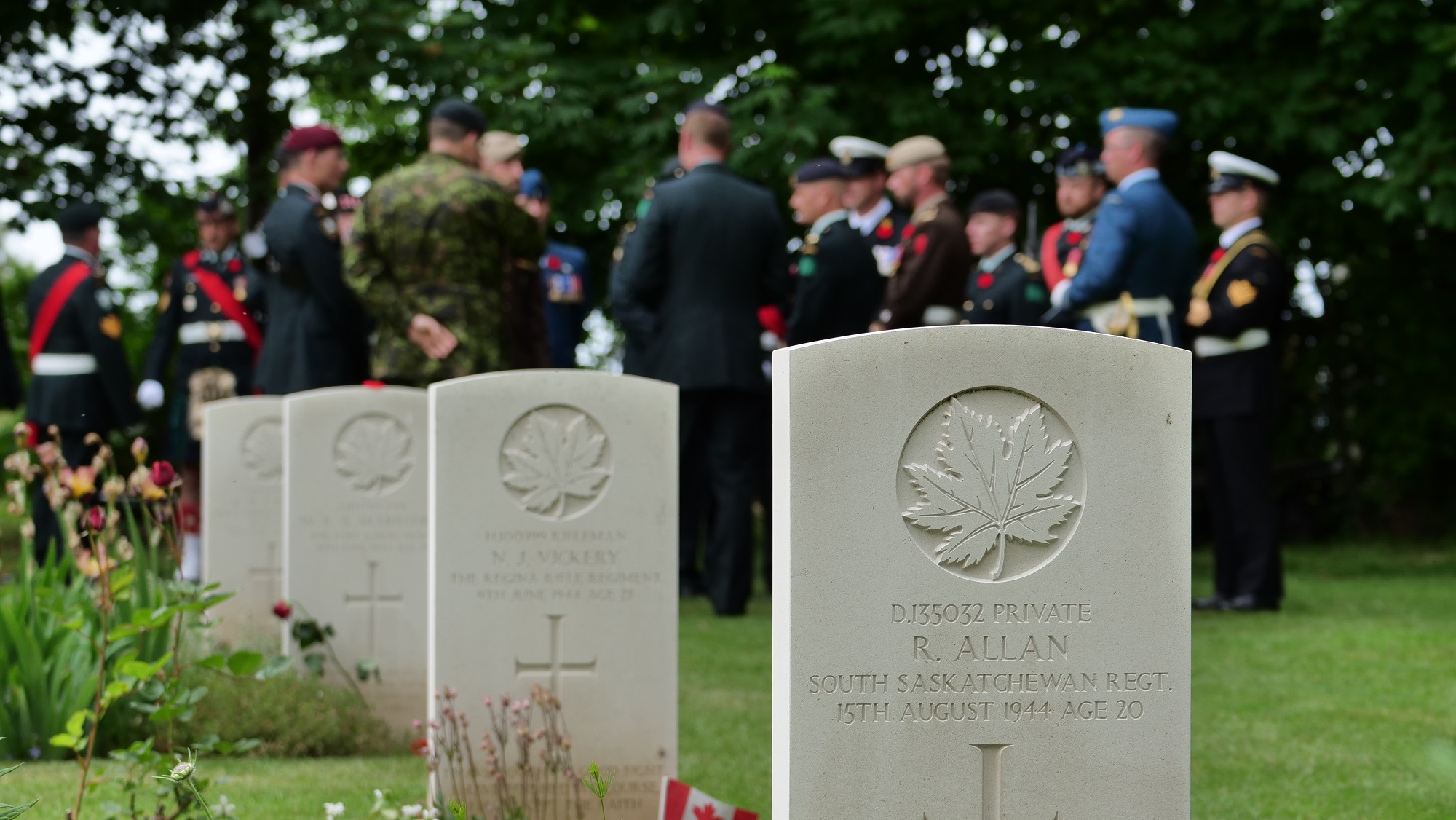 Here are two of the many museums that provide information relating to the First and Second world wars.

IWM is a collection of museums based in the UK that are dedicated to recording and showcasing the experiences of modern conflict. They explore the causes and consequences of war and its impact on people’s lives.

Talbot House, in Poperinge, Belgium, was a ‘safe’ town behind away from the front lines. Here, two Army Chaplains set up a club where officers and men could go for rest and recuperation. Today, Talbot House stands as a museum and guesthouse where visitors can learn more about the experiences of the men of the Western Front.

THE INTERNATIONAL GUILD OF BATTLEFIELD GUIDES

For educational groups looking to visit the battlefields of the First and Second World War, the School Travel Forum has a list of tour operators that have been awarded assured member status. Details can be found at www.schooltravelforum.com. 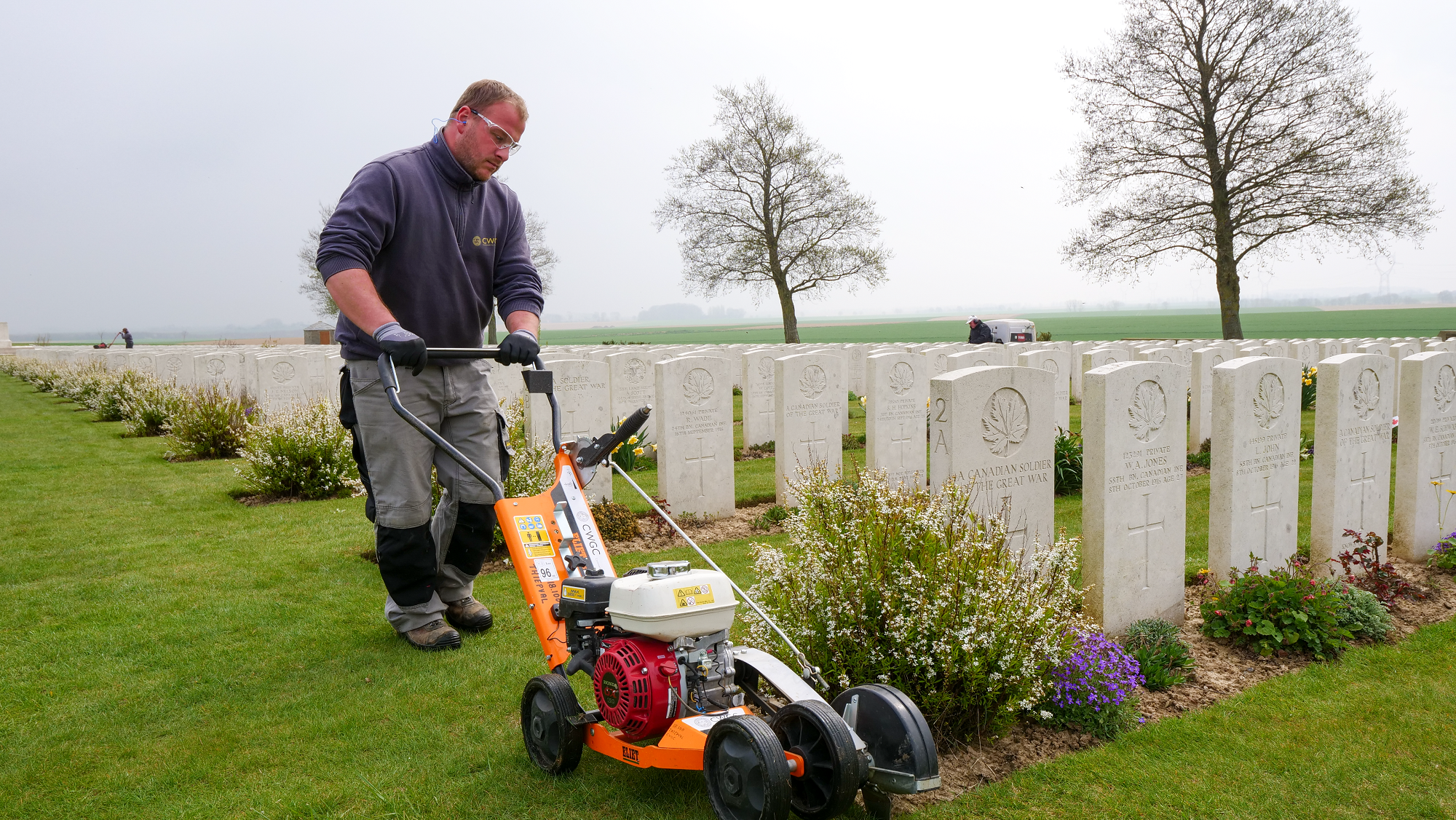 The Not Forgotten Association

The Not Forgotten Association is a unique national tri-service charity which provides entertainment, leisure and recreation for the serving wounded, injured or sick and for ex-service men and women with disabilities.

We do this through a wide and varied programme of activities including outings, concerts, holidays, events and the provision of televisions and TV licences.

Each year we help and support approximately 10,000 individuals of all ages, whenever and wherever they served.

Our events and activities are open to anyone, whether currently serving or ex-service, whose life has been affected by conflict or by subsequent injury. Many of our beneficiaries and guests have been wounded or injured since 9/11 and we are very grateful to Help for Heroes, our biggest supporter, for their ongoing help.

Individuals who may be eligible for our support should apply through one of the service benevolent charities or through their regimental/military association.

Legion Scotland is the largest ex-service membership charity in Scotland working at the heart of the veterans’ community. With nearly 170 branches, 70 clubs and over 31,000 members, Legion Scotland provides essential wellbeing and befriending services for all veterans - whether they left service yesterday or 50 years ago - as well as providing disablement pension advice, comradeship events, grants and remembrance services.

The Royal British Legion specialises in visits to Commonwealth war cemeteries and memorials and to campaign areas worldwide. The Legion also administers a government Grant in Aid Scheme which enables British war widows, who have not done so before, to visit their husband's grave or memorial overseas with the aid of a substantial grant.

The In From The Cold project

The In From The Cold Project (IFCP) is a voluntary organisation working alongside CWGC to seek out casualties from the two world wars who were missing from the lists originally supplied to the Commission and to gather the required evidence for submission to the appropriate service authorities for acceptance as official war casualties.

The Imperial War Museum has compiled a War Memorials Register – a comprehensive national register of UK war memorials and the names of the individuals they commemorate. It currently has records for more than 60,000 memorials in the UK, Channel Islands and Isle of Man.

Wigan Borough Veterans' Council can provide practical advice and guidance for veterans of all ages, backgrounds and military services. The veterans council can signpost to a wide variety of organisations, including housing, the Service Personnel & Veterans Agency, health and social care, ex-service organisations, employment and education, social activities, church services for veterans, and veterans badges. They are also there for veterans and their dependants if they need a shoulder to lean or a listening ear.

War Memorials Trust protects and conserves war memorials across the UK. It provides grants and advice to support the custodians of the estimated 100,000 local war memorials which are outside the remit of the CWGC. The charity also runs a learning programme engaging young people with their war memorial heritage and has a network of adult regional volunteers assisting the charity. 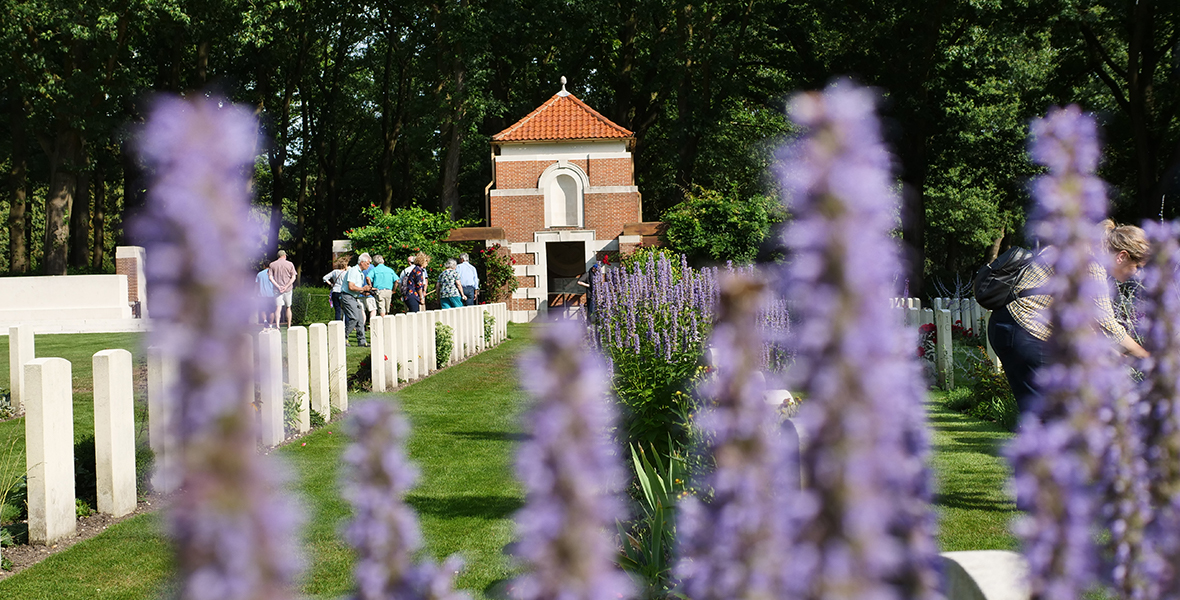 Visit our education pages to view all of the education resources we offer, or see below for information and initiatives for young people and students of all ages and additional reading for those who wish to further research the history of the two world wars.

Information on the Second World War in Northern Ireland.

The Somme Tourist Board provides information on visiting the Somme Battlefields.

Hungry for History is a collaborative venture for all UK schools. It aims to instil a love of history in children of all ages and to encourage renewed passion for the learning of the subject that is the greatest teacher of us all.

Naval-History.net is a valuable resource for anyone wishing to know more about the Royal Navy in times of war. It’s a comprehensive guide to twentieth century naval history by a published naval author.

New Zealand Tunnellers is dedicated to the men who served with the New Zealand Engineers Tunnelling Company during the First World War.

The UK National Inventory of War Memorials (UKNIWM) is an archive at the Imperial War Museum and holds details of war memorials in the UK, Channel Islands and Isle of Man. The archive has a searchable online database of information about over 60,000 war memorials, including their location, type, history and the names commemorated on them.

The Hong Kong War Diary is a project that documents the 1941 defence of Hong Kong, the defenders, their families and the fates of all until liberation.

Dieppe Canadian War Cemetery commemorates 944 members of the Allied Armed Forces killed in the Dieppe Raid of 1942, of whom 707 are Canadian. The cemetery is unique in that it was created by the occupying Germans after the failed raid left many bodies trapped behind enemy lines.

Major and Mrs Holt's Battlefield Guide Books are detailed modern guide books to the battlefields of the First and Second World Wars. They include information such as where the battlefields are, how to get there and where you might stay.

Forgotten Heroes 14 -19 is a foundation that provides professional art exhibition platforms and is dedicated to stage independent Tier 1 curated exhibitions around The Great War. The Foundation's projects aim to identify, promote and celebrate a particular community's cultural identity and commemorate its past in relation to The Great War.

First World War Centenary 1914.org will highlight centenary events and resources from across the globe as 2014 marks 100 years since the outbreak of the First World War. This site has just begun and will develop as centenary preparations gather pace.

Scotland's War is a project by the University of Edinburgh's Centre for the Study of Modern Conflict which has been working with libraries, schools and community groups to ensure the story of Scotland's contribution to the Great War is not forgotten. The partnership was strengthened when The Scottish Military Research Group and the National Library of Scotland became partners. They have a very active programme, carrying out WW1 archival and document searches, to produce a unique history of the people and institutions of Scotland during the war years of 1914 to 1918.