Why is the CWGC involved in maintaining MOD graves on the Falklands and from other conflicts?

The 40th anniversary of the Falklands Conflict has brought renewed focus on to the 255 British casualties who died in 1982. Some of those casualties are buried in the United Kingdom and others in the Falkland Islands, though many have no known grave. But why is the CWGC involved in maintaining these graves and other MOD graves around the world? CWGC’s Senior Agency Services Manager, Steve Hill, explains. 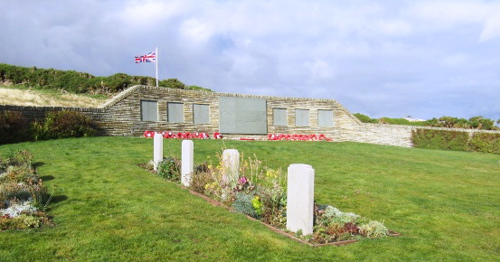 Following the 1982 conflict, CWGC was asked by the Ministry of Defence (MOD) to design and build a cemetery at ‘Blue Beach’ which is close to the settlement at San Carlos on East Falkland. This work was funded by the MOD and following construction by Commission staff the site was at first maintained by a third party but is now under our care. 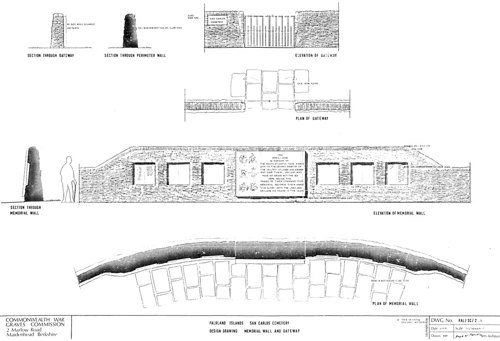 Above: one of the CWGC design drawings for San Carlos Military Cemetery with an aerial view below.

The cemetery, known as San Carlos Military Cemetery, is also referred to as San Carlos ‘Blue Beach’ Cemetery and contains the graves of 14 casualties. It is also home to a war memorial which commemorates the 174 casualties who have no known grave. Two other casualties from the 1982 conflict lie in scattered graves across the Islands, one at Port Howard, the other at Goose Green, and another 64 casualties were repatriated to the UK with one other going to Hong Kong. Casualties amongst British Forces, based on the islands in the aftermath and intervening years, were repatriated to the UK and elsewhere.

The CWGC’s task in the Falklands Islands is an important part of the Agency work that the Commission now carries out on behalf of the MOD, which includes the maintenance of MOD graves and cemeteries across the globe.

CWGC’s Agency team works in close liaison with the MOD, and it is the JCCC at Imjin Barracks, Innsworth which is responsible for ensuring that MOD graves are maintained, while the CWGC carries out that work on their behalf. JCCC conduct other essential related functions including initial casualty reporting and informing, the repatriation of the deceased to the UK or Country of Origin, through to providing headstones/urn plot markers and entry into the Book of Remembrance.  JCCC also manage the funding for the maintenance of MOD graves, including those maintained by the CWGC and those in Busan, Korea, which are maintained under the auspices of the United Nations, rather than the CWGC.

What are MOD Graves?

In principle, these are graves of personnel who died while serving in the UK armed forces, but outside of the Commission’s core WW1 and WW2 dates. These are mainly from between the two World Wars, and after WW2 up to the present day, and can include dependents (a related husband, wife, or child) and a small number of civilian staff. Many of the Boer War (1899-1902) graves that lie within the current border of South Africa are also maintained as MOD graves.

Today, families are free to choose whether the MOD is involved in the funeral of service personnel, the installation of the headstone or maintenance of the grave. This means that it’s also possible to see an MOD headstone over a grave, though the maintenance responsibilities for both the grave and headstone belong to the family and not the MOD.

Why do MOD War Graves look different to CWGC Graves?

Prior to World War Two, there was no standard MOD headstone style or policy on what was engraved on the headstone. At the time, headstones were funded either by the ship or formation with which the person was serving or their family. Designs can range from simple to ornate and some will look very much like a CWGC World War headstone. These variations are likely to be because the local supplier offered a particular style, or the unit attempted to standardise the design used in a particular cemetery.

From 01st January 1948 onwards, the MOD adopted a standardised style of headstone, though with slight variations across the 3 services. These look similar to Commission headstones, though Naval and Military headstones have the shoulders cut away, while RAF headstones have a sloping top, meaning that they are more easily identifiable. An exception to this standardisation of headstone, are the markers used in the UN cemetery in Busan. 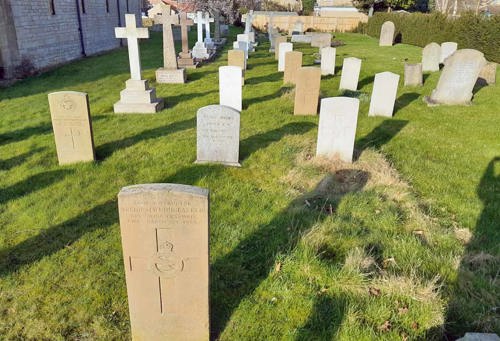 Why does the CWGC maintain MOD Graves?

The Commission’s remit is truly ‘global’, and we have teams and contractors based in, or who travel to, the 153 countries where we work. MOD cemeteries and graves are in locations where CWGC operates, and as the British presence abroad was scaled back following WW2, we were the obvious, established organisation that could take on the task of maintaining MOD cemeteries and graves.

Where are MOD Cemeteries and Graves?

Prior to 1970, MOD casualties & deaths abroad were usually buried within the country where they died. Some of those who were wounded on the battlefield in one country may eventually die in hospital and be buried in another country. Post 1970, most MOD casualties abroad were repatriated to the UK. Below are some examples of the cemeteries that we maintain on behalf of the MOD:

CWGC maintains more than 6,000 MOD graves in the UK which lie in scattered graves or in plots within churchyards and municipal cemeteries. We have recently renovated and taken on the maintenance of some Naval cemeteries in the UK, Including Portland and Yeovilton, and have also renovated the RAF plot in Cranwell St. Andrew churchyard which we maintain. 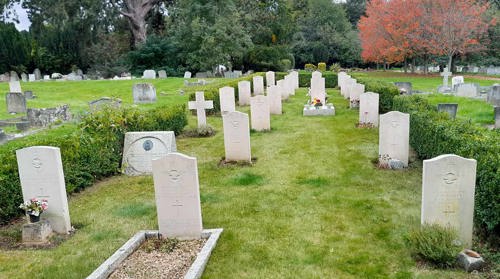 MOD graves in Odiham Village Cemetery, which is close to the nearby RAF Odiham in Hampshire. The Photo shows private markers as well as RAF pattern MOD headstones.

Following WW2, the UK and its allies held a large military presence in what was to become West Germany. As a consequence, places of burial needed to be sought and one of those is Rheindahlen Military Cemetery which is situated close to the former British Joint Headquarters bearing the same name. Rheindahlen is maintained by the CWGC on behalf of the MOD, and the cemetery includes service personnel and their dependents who died while based in Germany post WW2.

Wayne’s Keep Military Cemetery, is close to Nicosia, and lies within the ‘Green Zone’ which separates Northern and Southern Cyprus. Security in this Zone is maintained by the United Nations and access to the site to carry out maintenance and inspections is often difficult. This cemetery includes many casualties who died during the Cyprus Emergency (1955-59). 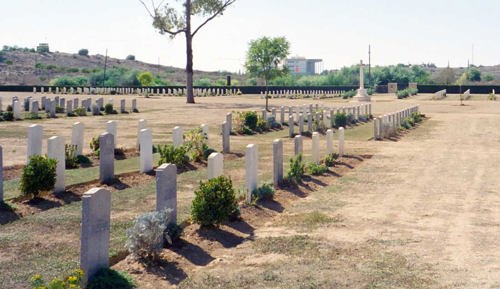 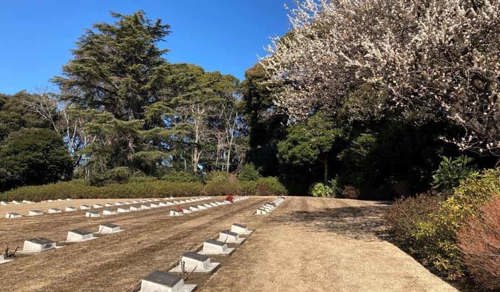 So, whilst the core work of the CWGC remains commemorating the fallen from the two world wars, we have for some time worked very closely with the Ministry of Defence to ensure that the members of the armed forces, their dependents and other related personnel who they commemorate from outside these two conflicts, are taken care of.

Why are there Chelsea Pensioners buried at Brookwood?

Discover more about the CWGC's responsibilities outside of the Commonwealth casualties of the two world wars and find out why there are Chelsea Pensioners buried in a quiet plot at Brookwood Military Cemetery.