The restoration of the Thiepval Memorial is now complete with public access starting on the 14th of July 2022.

Phase One consisted of repairs to the roofs, rainwater pipes and brick work above the main arch and was completed in 2016. Phase Two was scheduled to start in 2020 continuing the work with additional drainage works, water proofing, restoration of name panels and relaying of paving. However, due to Coronavirus restrictions, this phase started in 2021 with the work and final cleaning finished ready for full public access on Bastille Day (14th of July).

The Thiepval Memorial is arguably the grandest piece of architecture we care for at the Commonwealth War Graves Commission (CWGC).

The French memorial has stood watch over the Somme battlefields for almost 90 years and today it is hard to imagine this landscape without it. Generations of CWGC staff have worked tirelessly to ensure it stands firm against constant bombardment from wind, rain, frost and snow in this exposed location.

The task was massive. The concrete core of the memorial remained strong, but the outer skin of red bricks that gives it its iconic look and colour was slowly deteriorating and, in places, separating from the concrete core. We needed to restore the brick pointing and secure this external brick façade. In order to carry out these works we needed an enormous scaffolding to wrap around the monument, and given the complex shape of the monument, this in itself was a challenge.

Inside, a complex internal drainage system channels rainwater through the memorial and this was in desperate need of upgrading. Getting in to do that work was easier said than done because behind those commanding arches is a maze of hidden chambers that can only be reached through narrow access hatches and spiral staircases.

Last but not least, we restored the Portland stone panels which bear the names of the missing. After years exposed to the weather a few panels were eroded but actually many were out of date with some names needing to be removed and others added. The task required diligent historic research, careful design work and skilled installation to get right.

We were not deterred by the challenges having an amazing team of experts from across the world to help. Respect is ingrained into everything the CWGC does, and our approach at Thiepval was to respect the original design and the original materials as much as possible.

This approach took time, meaning the Thiepval Memorial was closed to visitors between 2021-22 but this vital work needed to be done allowing the memorial to remain as a physical reminder of the cost of war for future generations.

The closure of the memorial will coincide with the launch of a new digital exhibition – In the Shadow of Thiepval – which will be available at the memorial free of charge.  The exhibition seeks to reconnect visitors with the history of the landscape that lays in the shadow of the memorial. 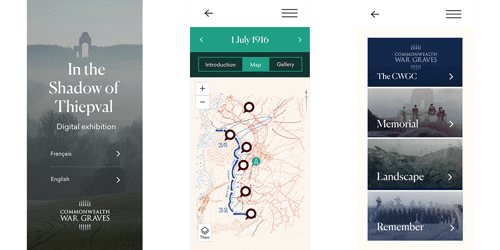 While visitors today can’t explore a shell-scarred battlefield, by using their own mobile devices they will have access to historic images, personal stories, soundscapes and interactive overlay maps which tell the story of how Thiepval Ridge was transformed by years of war.

Visit the CWGC trailer at the entrance of the memorial for more information about how to log on to the on-site Wifi and view the exhibition. 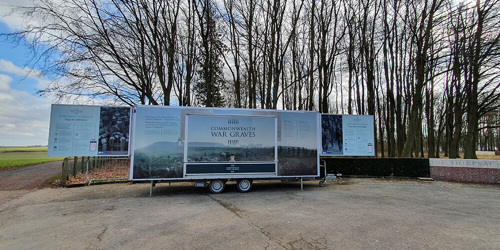 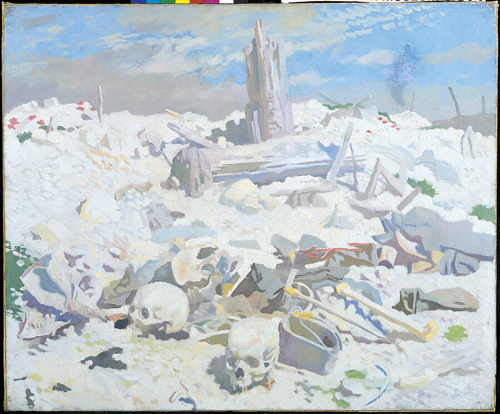 The Battle of the Somme in 1916 was a watershed for the armies of the British Empire during the First World War. In 141 days of fighting, thousands perished and many would never be recovered or identified. Their final resting places remain unknown.

The CWGC’s Thiepval Memorial is the largest Commonwealth war memorial in the world. It bears the names of more than 72,000 British and South African servicemen who have no known grave and who died on the Somme battlefields between July 1915 and March 1918 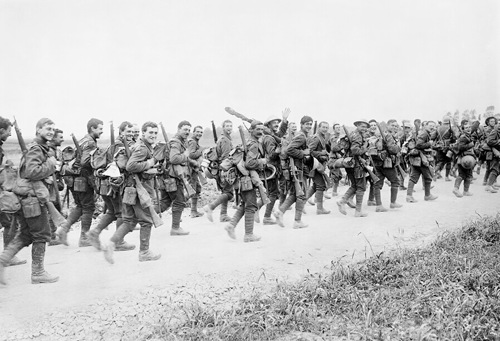 Many of those who lost their lives were wartime volunteers, often recruited into ‘Pal’s Battalions’ formed from towns, workplaces or clubs. Others came from across the globe to fight. The scale of the losses had a profound impact on communities across today’s Commonwealth. The names of French villages and woods were seared into the memory of a generation of those who fought and those who lost loved ones: Delville Wood, Pozieres, Beaumont-Hamel, Mametz, Warlencourt, Ancre, Courcelette, Guillemont and Thiepval. 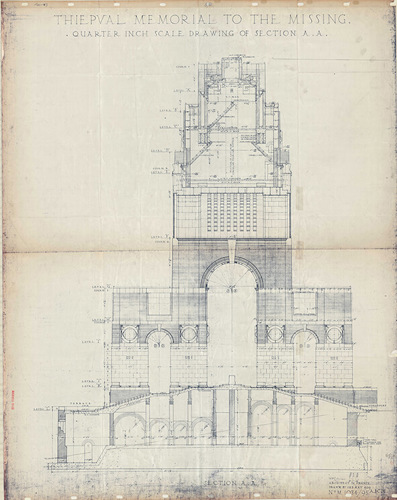 Design drawings of the memorial

Designed by Sir Edwin Lutyens, the Thiepval Memorial is a focal point for commemoration on the Somme. Standing 45 metres high, it takes the form of a series of arches, interlocking at right-angles, rising to a tower. Around the base of each of its sixteen ground-level piers are panels of Portland stone inscribed with names. Construction began in 1929. More than 10 million bricks and 100,000 cubic feet of stone were used at a total cost of £117,000 – the equivalent of £10 million today. 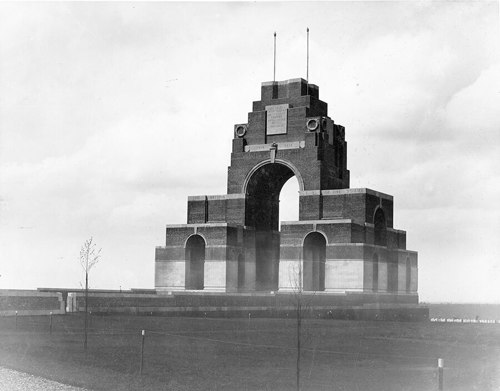 Originally raised in the war-ravaged landscape above the River Ancre, the memorial is now surrounded by mature trees and countryside. Originally known as the ‘Somme Memorial’, it serves the dual purpose of commemorating the missing and honouring the alliance between Britain and France. High on its façade is inscribed, in French, ‘To the French and British Armies, from the grateful British Empire.’ 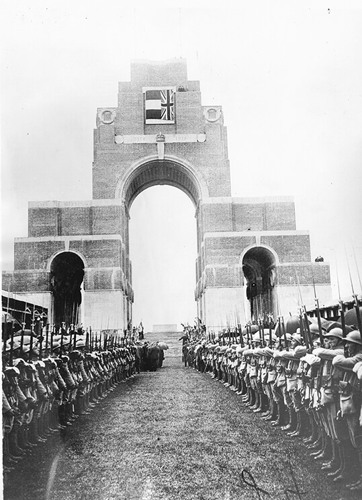 The memorial was unveiled on 1 August 1932. It rained steadily all day but this did not stop hundreds of people attending. Amongst the crowds were many veterans, including several who were employed by the Commission, men who had remaining in France to tend the graves of their fallen comrades.

During the Second World War, Thiepval was occupied by German forces. No damage was done to the memorial, although several curious German soldiers visited and left their mark. The graffiti can still be seen to this day at the top of the tower.

Since its unveiling, the memorial has required constant maintenance. The stone steps leading from the rear of the memorial to the cemetery were built in the 1960s, when there were also other amendments to the walls around the memorial. In the 1950s, and again in the 1970s, significant re-facing and then replacement of the brickwork was required as a result of erosion. In 2015, a major project was announced to perform further conservation work.

At the inauguration ceremony, the Prince of Wales spoke in French and English, declaring the War Graves Commission’s determination to honour the dead by ‘material expression… as enduring as human hands and human art can make it.’ That commitment continues to this day.