RAF Air Cadets from Trent Wing Air Training Corps gathered at CWGC’s Scopwick Church Burial Ground for a ceremony and wreath laying ahead of Battle of Britain Day. The ceremony also included a fly over by one of the Spitfires of the Battle of Britain Memorial Flight. 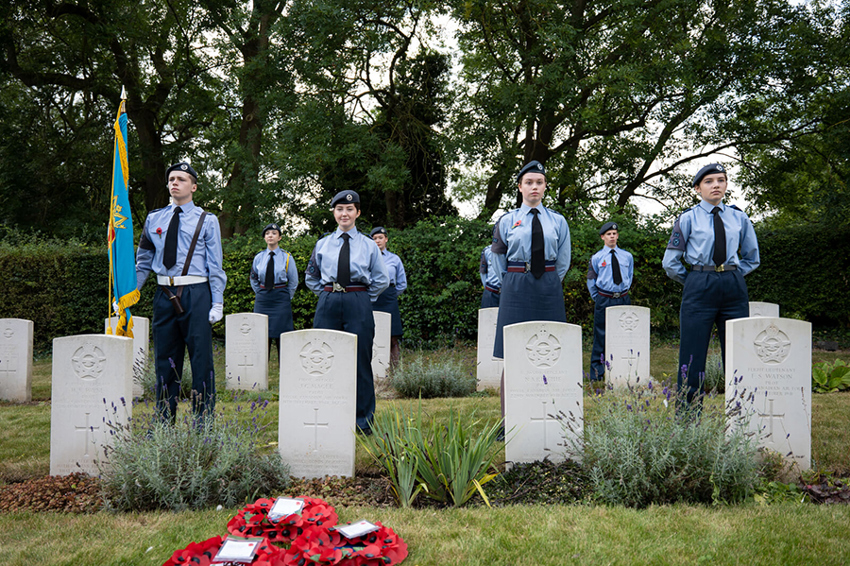 The ceremony included a recitation of High Flight, a poem written by Pilot Officer John Gillespie Magee. Although American by birth, Magee joined the Royal Canadian Air Force (RCAF) in October 1940. Magee was killed in 1941, aged 19, following a mid-air collision and is buried at Scopwick.

His headstone bears a line from his famous poem: “Oh I have slipped the surly bonds of earth... Put out my hand and touched the face of God”.

The Air Cadets are currently working on a project, supported by the CWGC, that will teach them how to discover more about the casualties commemorated across the country. The cadets will learn how to use the tools available on the CWGC website and further afield to find out more about their local history.

During the visit, the cadets put their research to good use, discussing some of the other casualties buried at Scopwick, such as Pilot Officer John Sandes Barnwell, who’s headstone bears a personal inscription paying tribute to his brothers, Flight Lieutenant Richard Antony Barnwell and Pilot Officer David Usher Barnwell, who are commemorated on Runnymede Memorial and the Malta Memorial respectively.

Scopwick Church Burial Ground contains 50 Commonwealth burials from the Second World War, the majority of whom are British and Canadian members of the RAF and RCAF. There are also five German casualties buried there. 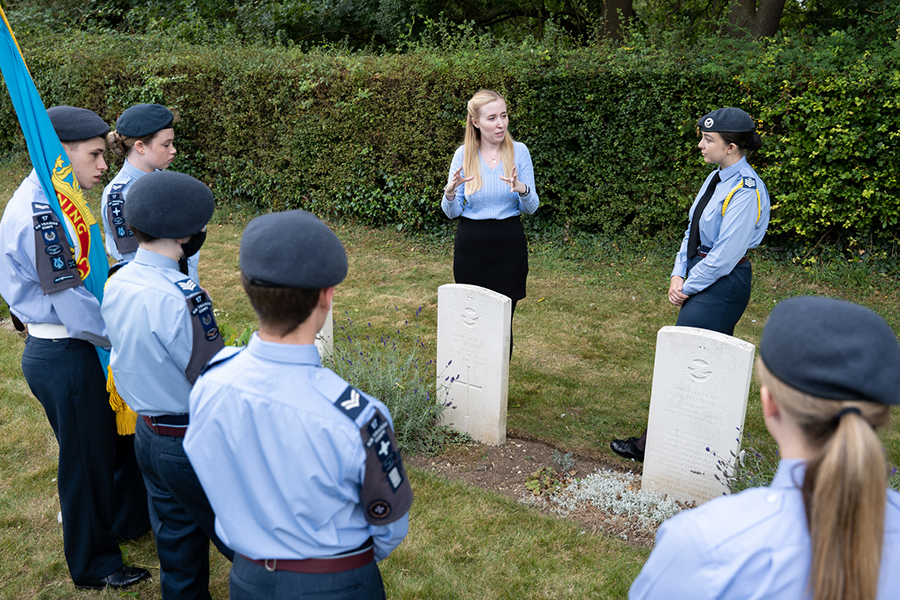 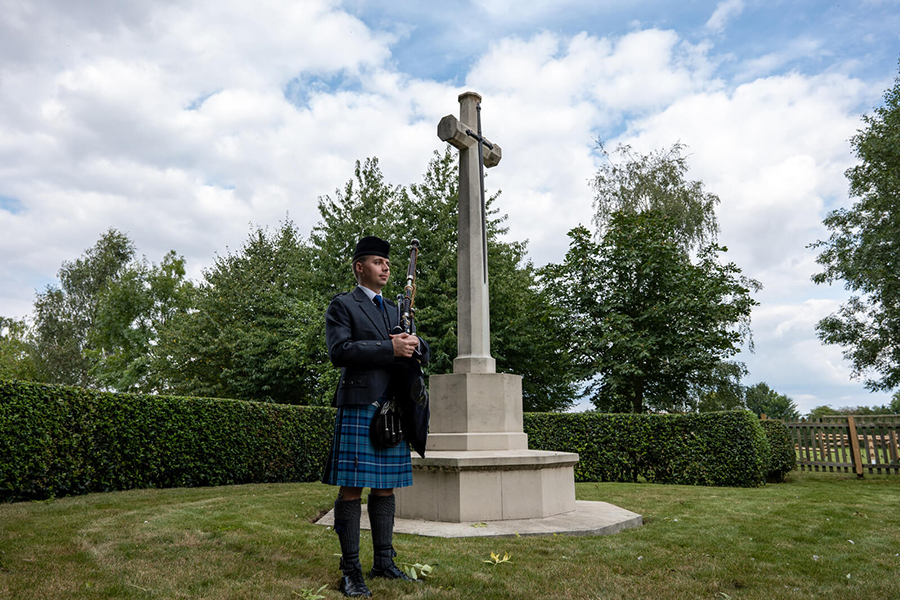 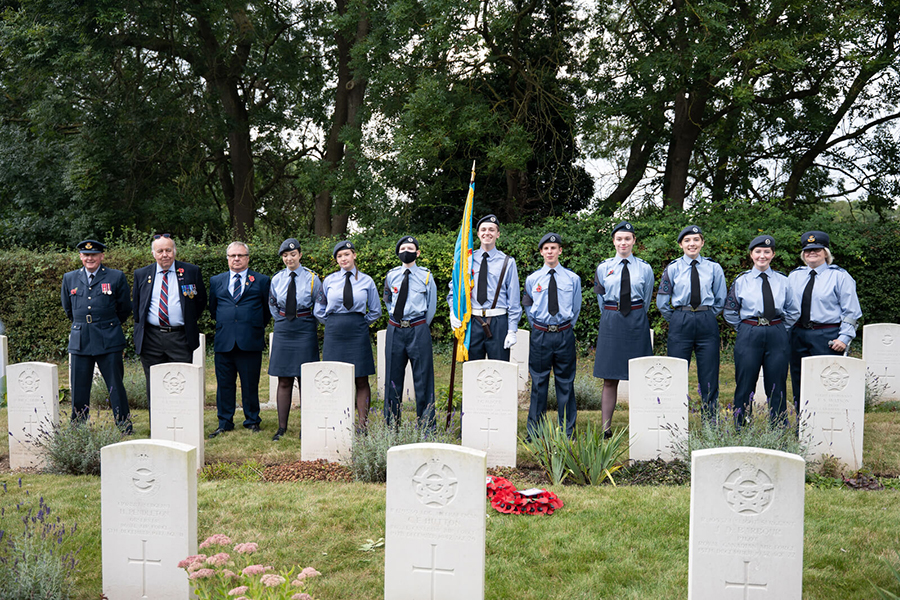 Learn more about the Battle of Britain

Our latest blog explores the Battle of Britain and tells the stories of some of the men that fought in it.