A new Normandy War Memorial commemorating those who served and died under British command in the Battle of Normandy has been unveiled on the 77th anniversary of D-Day. 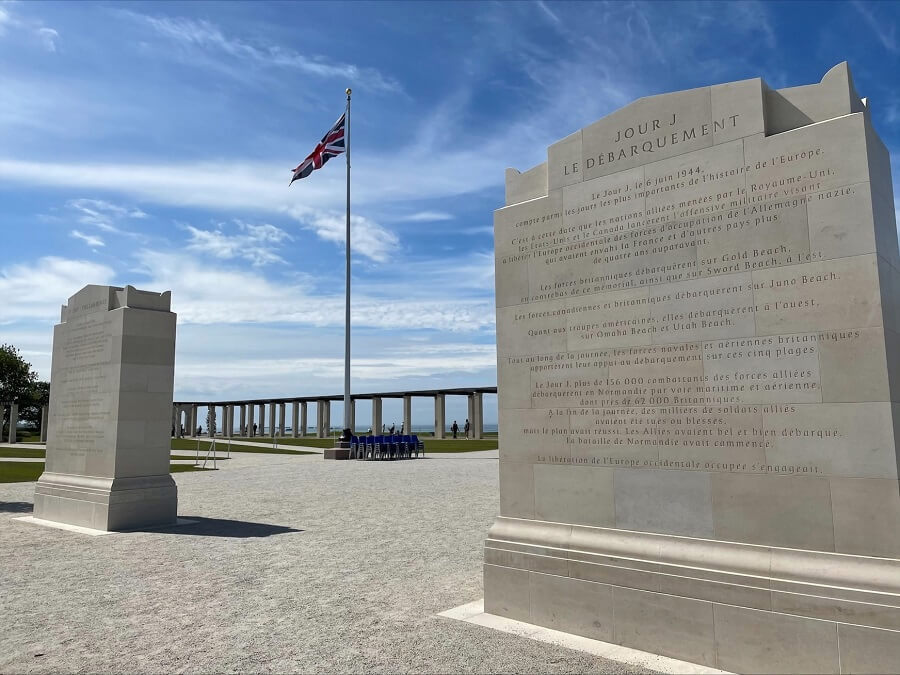 The British Normandy Memorial was officially opened on Sunday 6 June in a special ceremony that was broadcast live for the veterans and visitors unable to travel.

Last year CWGC announced its support for the new Normandy memorial. As the project reached its vital final stages, our staff based in France oversaw the landscaping of the historic site, ensuring it reached the standard expected of the Normandy Memorial Trust.

The weekend’s unveiling marked a second year of scaled back D-Day commemorations.

On Sunday, the regular ceremony at Bayeux War Cemetery was reduced to a smaller socially distanced event, at which the British Ambassador to France Ed Llewellyn was joined by dignitaries and CWGC’s France area director Xavier Puppinck to pay tribute. 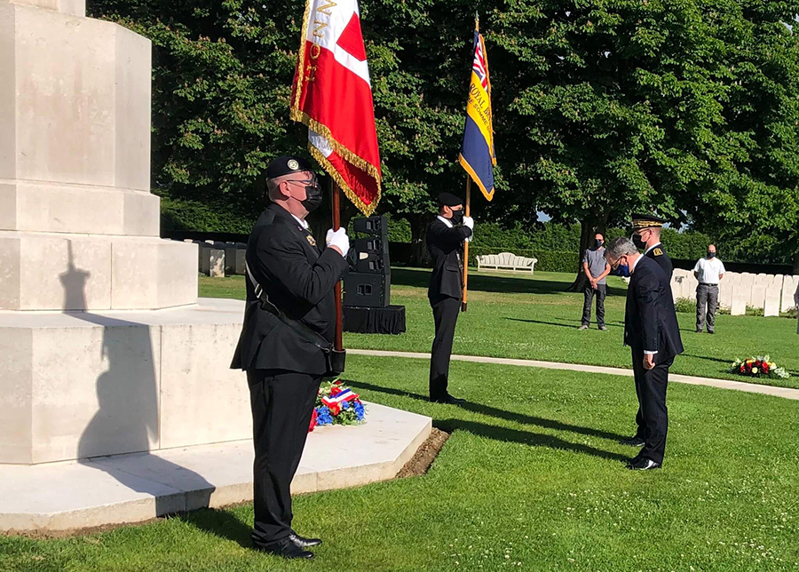 The Prince of Wales, Patron of the Normandy Memorial Trust, opened the ceremony with a video message to veterans.

The Normandy Memorial Trust was created in 2016 to realise the dream of Normandy Veterans to have a British Normandy Memorial. The British War Memorial Normandy commemorates in a single location the 22,442 men and women under British command who died on D-Day and the ensuing Battle of Normandy.  The Memorial stands on an imposing site outside the village of Ver-Sur-Mer, overlooking “Gold Beach”, one of the principal beaches where British forces landed on 6 June 1944. 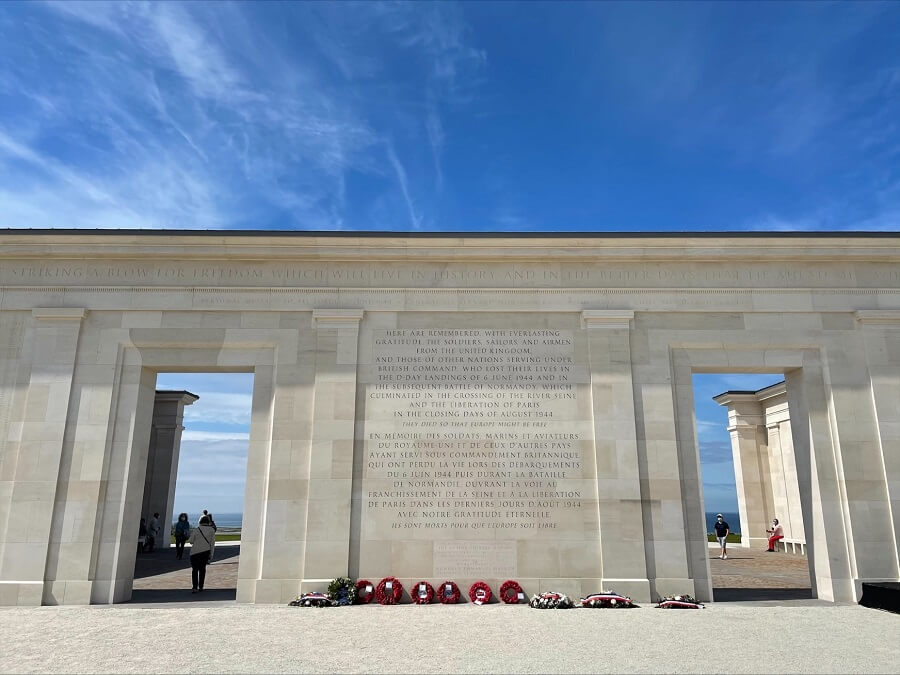 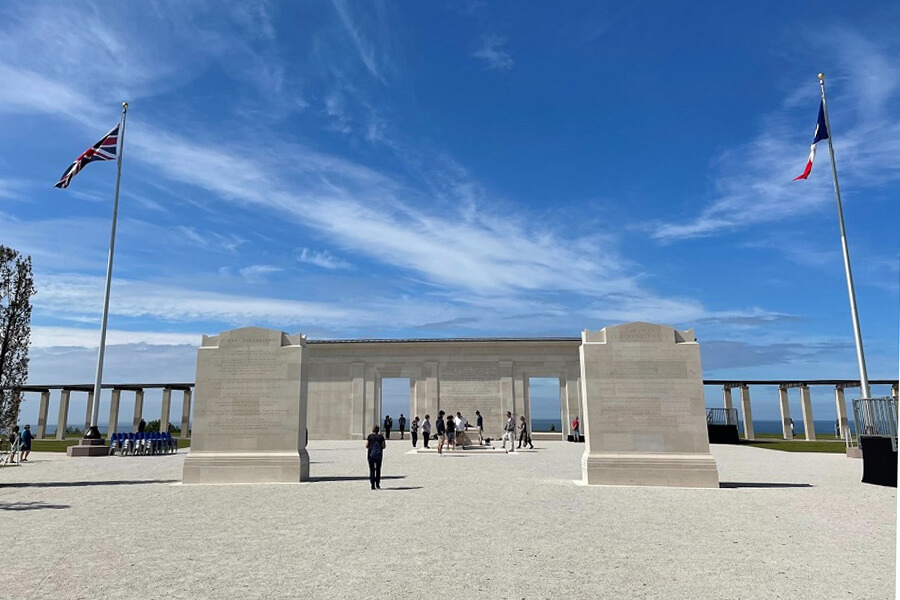 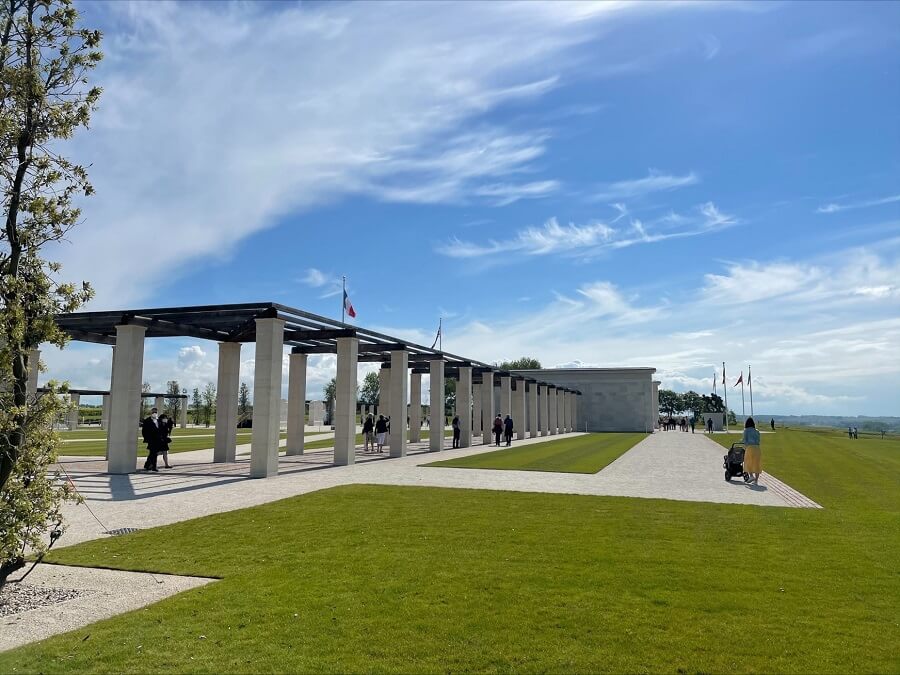 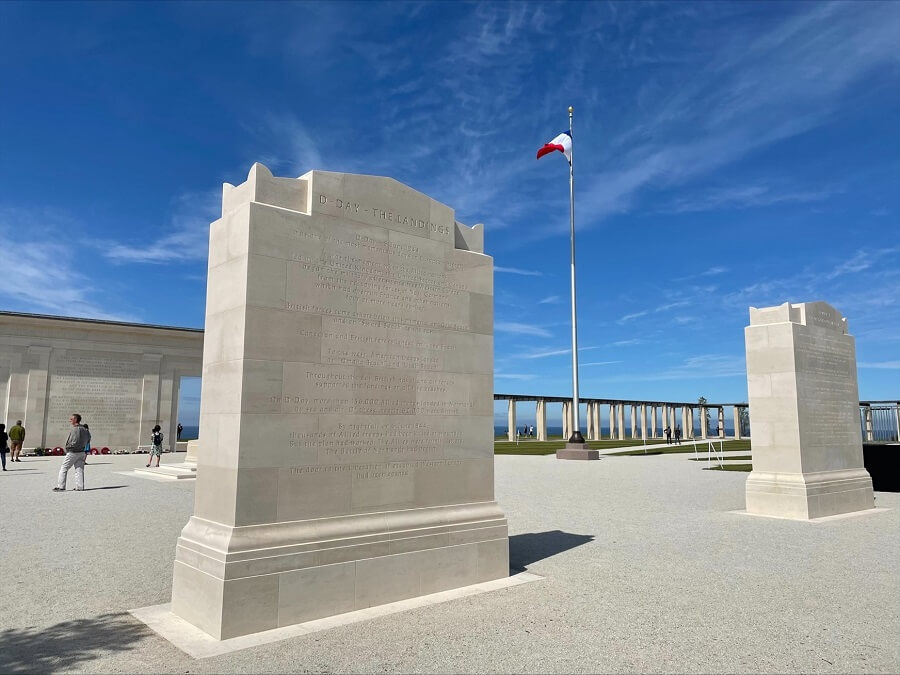 The Battle of Normandy

The Battle of Normandy in 1944 opened the way to the liberation of Europe and the end of the Second World War. British armed forces played a central role in those momentous events, and more than 22,000 made the ultimate sacrifice in the cause of freedom between June and August 1944.

About the Normandy War Memorial

Learn more about the design and significance of the memorial in Ver-Sur-Mer, France.

Who built the Normandy Memorial?

The memorial was designed by Liam O’Connor, a British architect who also designed the Armed Forces Memorial at the National Memorial Arboretum in Staffordshire.

There is also a sculpture, created by British artist David Williams-Ellis, to commemorate D-Day. The sculpture consists of a set of Bronze infantrymen in uniform.

How many names are on the Normandy Memorial?

There are over 22,000 names of men and women who lost their lives on D-Day and the following weeks recorded on the memorial. The majority of the men and women served in the British forces. However, you can also find names from other nations who fought under British command, as well as French civilian commemorations.

The list of names of the war dead can be found on the 160 stone columns of the memorial.

The memorial site also features a wall inscribed with the names of those who died on D-Day itself.

How much did the Normandy memorial cost?

Our database contains information on approximately 23,000 cemeteries and memorials worldwide where Commonwealth casualties from the two world wars are commemorated.

Use the CWGC search tool to discover more war memorials and cemeteries around the world that commemorate the lives of the men and women of the Commonwealth.