Situated within the grounds of Hatfield House, a 15th century country house and the seat of the Cecil family in Hertfordshire, Hatfield Park War Cemetery contains 20 graves from the Second World War, including the grave of a civilian airman who died in 1943.

From September 1939, Hatfield House was used as a military hospital and a small section of the park was enclosed and laid out as a war cemetery for burials from the hospital. Today, Hatfield Park War Cemetery contains 20 graves from the Second World War, together with the non-war grave of a civilian airman who died in 1943. In addition, a special memorial headstone commemorates Petty Office W.J.J. Wilmot of the Royal Navy who is buried in Digswell (St. John) Churchyard, Welwyn Garden City, and whose grave could no longer be maintained.

In September 1939, following the outbreak of the Second World War, the Marquis of Salisbury offered the use of Hatfield House to the military as a hospital. The family continued to live at the house, using the East Wing, while the Armoury, the Long Gallery and King James’s Drawing Room were converted into wards for the treatment of patients. There was an operating theatre in the basement, and to this day, one of the houses’ archive storerooms is called the Old Operating Theatre. More than 1,000 patients were treated at Hatfield House over the course of the Second World War and, while most recovered, a small number succumbed to their wounds or illness. 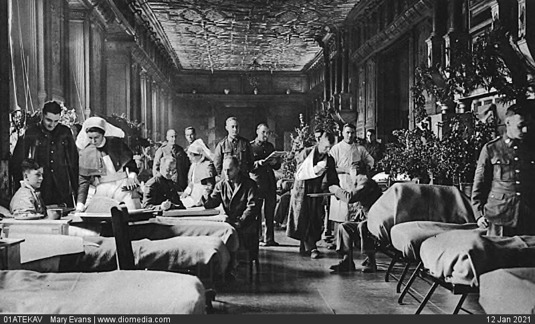 A specially laid out area of the park was dedicated for burials and became known after the war as Hatfield Park War Cemetery. The first burial was made on 8 December 1939, and today it is the final resting place of 20 servicemen.

At the Commission’s 291st meeting, held in April 1947, the matter of the future treatment and maintenance of the war graves plot located in Hatfield Park War Cemetery was discussed. It was the wishes of the late Lord Salisbury KG that the war graves here should be given comparable treatment with war graves elsewhere, as expressed in a letter he wrote, dated 13 January 1947:

‘We were both proud to do our best at the time when the Hospital was in use in the war effort and this Cemetery was established as an essential part of the necessary provision of the Hospital. We should therefore profoundly regret if there should be any appearance of treating the ground otherwise than with that respect which all the circumstances of the case seem absolutely to demand, and it is therefore in that spirit that I have offered on behalf of my Estate to cooperate in any particular with what the Commission may prescribe.’

The Commission therefore decided to erect a Cross of Sacrifice and that the Commission would bear the full cost of construction and future maintenance of the graves.

Among the burials here is a non-war grave of a civilian airman John Henry Francis Scrope, who was killed on 23 August 1943, in a collision during a test flight whilst working as a flight test observer for the de Havilland Aircraft Company Limited at the nearby Hatfield airdrome. Hatfield was the home of de Havilland, an aircraft manufacturer, and most UK-trained pilots learned to fly in the company’s Tiger Moth biplanes.

During the war the de Havilland Mosquito was built at Hatfield, along with several other models, and in total over 5,500 aircraft were constructed here. Because of its importance to Britain’s war industry, the town was a target for the Luftwaffe, and it was bombed on several occasions. The deadliest raid was on 3 October 1940, when four bombs struck the de Havilland plant, destroying the Airspeed Design office, killing 21 people and wounding another 70. 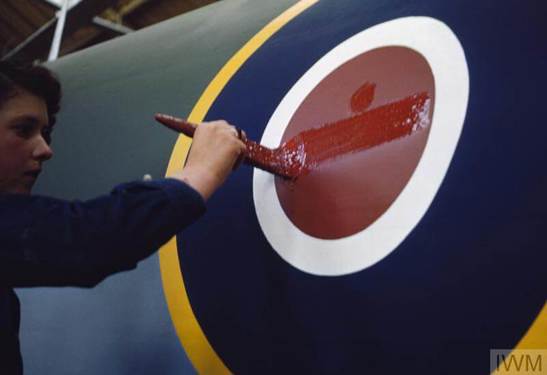 A worker paints the RAF roundel on the side of a Mosquito at the factory, Hatfield, 1943 © IWM TR 918

One of the war’s most infamous spies, the double agent Eddie Chapman – known as Zig Zag – was ordered by the Germans to sabotage the de Havilland factory at Hatfield. Unbeknown to the Germans, Chapman was now working for the British Security Services. In January 1943, an elaborate deception was staged to convince German reconnaissance aircraft that the factory had been destroyed. 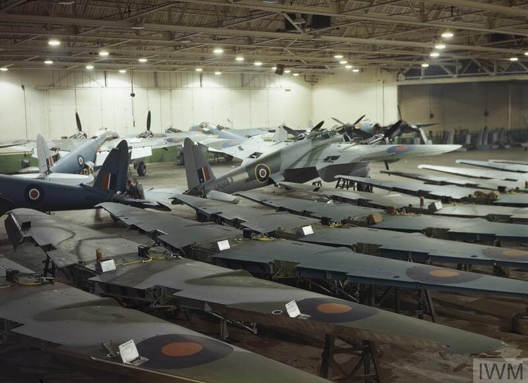 Another interesting casualty buried here is Private James Hoad, who served in the Pioneer Corps but was originally from Canada. James died on 24 January 1944 and the personal inscription on his headstone is written in French:

In English, this is translated as:

YOU ARE GONE
BUT IN REMEMBRANCE
WE WILL BE TOGETHER
ALWAYS

Visitors to Hatfield Park War Cemetery are advised that there is no parking at the cemetery. Parking is available at Hatfield House, which is about a quarter of a mile walk from the cemetery.