Norwich War Cemetery, known locally as Earlham Cemetery, was laid out in 1856, and has the largest number of war graves in Norfolk.  There are 346 servicemen of the First World War, the majority of them of British army units, and 184 military personnel of the Second World War buried here and in the care of the Commonwealth War Graves Commission.

Norwich hospitals cared for a great many servicemen throughout the First World War. From October 1914, sick and injured soldiers sent back from France were treated in temporary huts and tents at the Norfolk and Norwich Hospital. This accommodation proved insufficient and the civil and military authorities sought to expand the capacity in the Norwich area. The Eastern Daily Press collected £2,600 from public subscription in less than a week, and this was used to construct a temporary building with 60 beds – known as the Eastern Daily Press Ward. In all, close to 8,000 servicemen from abroad were treated in the Norfolk and Norwich Hospital, along with cases from amongst the many troops stationed in the district. 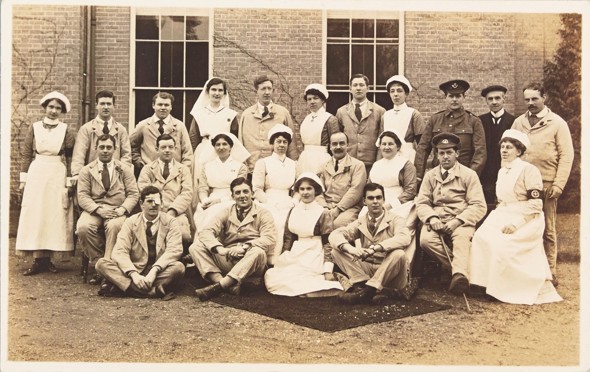 Patients and nurses at a private home near Norwich during the First World War. © Norfolk Record Office, MC 82/206/30

The facilities of the Norfolk County Asylum, just east of Norwich on Yarmouth Road, were judged suitable for conversion into a war hospital, and in February 1915 the Board of Control met to assign some 1,000 existing patients to other asylums in the county. After just eight weeks of intense reorganisation and refitting, at a cost of £16,000, the Norfolk War Hospital took its first patients in May. Patients arrived direct from Dover or Southampton by ambulance train, often in the small hours to minimise disruption to rail and road traffic. They were met by volunteers of the Norwich Transport Corps and transferred to hospitals in Red Cross and Army ambulances. During the first week of July 1916, the War Hospital alone received 888 patients and by the end of the month over 2,000 men had been admitted after playing their part in the Somme offensive. From 1914 to 1919, some 44,600 patients were treated by the medical team there. 423 of these died during this time; 132 of those due to the Influenza outbreak of 1918 – 19. 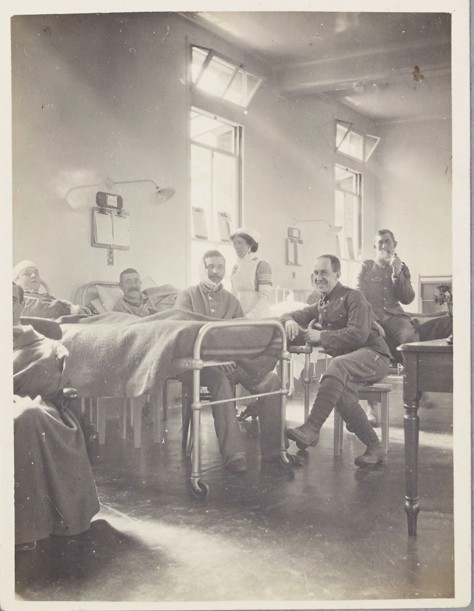 During the Second World War, Norfolk and East Anglia once again played a significant role, hosting a large number of Royal Air Force (RAF) and US Army Air Force bases. The region also provided training facilities, medical care, and home front defences to the war effort. In this cemetery is also reflected the war in the air, as 80 of the Second World War dead are members of the air services. American airmen are buried or commemorated at the Cambridge American Cemetery and Memorial.

Known locally as Earlham Cemetery, access by car is from the Earlham Road and there is parking on site. For opening times, we recommend you -