Each of our cemeteries tells its own story. As you walk through and read the names, dates and regiments on our headstones you can build an understanding of what happened to the men and women commemorated there. But you can also gather clues about the history of the world wars by looking at the physical features of a cemetery. Here are some of the most unusual stories you can discover at a CWGC cemetery.

The Cemetery with a Tennis Court 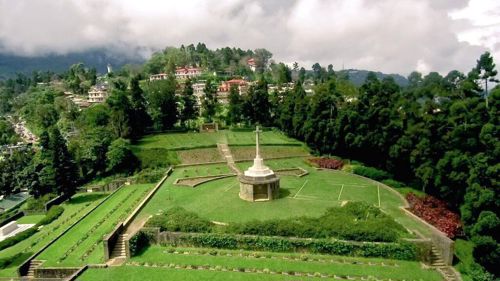 Kohima War Cemetery has a feature that is possibly not shared by any other cemetery in the world: a tennis court.

In 1944, following hard fighting in the Burmese jungle, the Japanese forces in the region pushed across the Chindwin River and into India. In their path was the Fourteenth Army, made up of forces from across the Commonwealth. This invasion hinged upon two key points, Imphal and Kohima. Defeat for the Fourteenth Army here meant that the Japanese could strike further into India.

The town of Kohima was of key strategic importance, at the highest point of the pass through the jungle mountains to the city of Dimapur. If Dimapur fell, then the defenders at Imphal would be cut off without supplies. 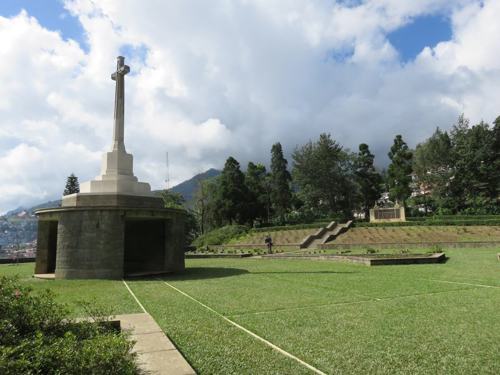 On 3 April, a Japanese force of 15,000 attacked Kohima and its 2,500 strong garrison. The ridges at Kohima lead to two weeks of difficult, bloody fighting as the defending forces were pushed back to the former house of the British Deputy Commissioner. The surviving defenders, encamped around the garden tennis court, prepared for their final stand. As the Japanese forces prepared to attack, they were attacked in turn by the lead tanks of a relief force, saving the garrison and pushing the attackers back.

Despite this setback, the Japanese force continued to fight for Kohima before they were finally forced to withdraw in May. Those who had fallen in the defence of Kohima were buried on the battlefield, which later became a permanent CWGC cemetery, with further burials from the surrounding areas. Colin St. Clair Oakes, who designed the cemetery incorporated the tennis court into the design, and it remains today, to commemorate the men who died in defence of the town. 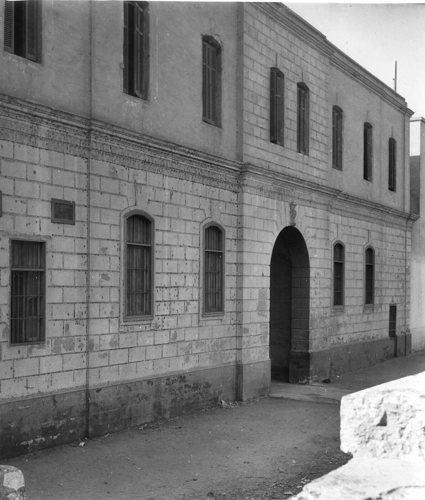 During World War One, more than 125,000 Egyptian men supported the British Empire Forces as part of the Egyptian Labour Corps (ELC) and the Camel Transport Corps (CTC). These units performed all sorts of tasks, from creating infrastructure and transport links to acting as stretcher bearers.

When the Commission wanted to create a memorial to commemorate the men of the ELC and CTC, there was a lot of discussion about the best way to proceed. From the conversations between the Commission and the Egyptian authorities, it was decided that the memorial should have a purpose and provide a benefit to the local community and for a while, the idea of a memorial Mosque was discussed.

Eventually, it was decided that the best solution was the creation of a memorial laboratory at an Ophthalmic hospital in Giza. This laboratory still stands today as part of the hospital, providing a training resource for generations of local residents. The walls of the laboratory are decorated with bronze plaques, depicting the men of the ELC and CTC and, in English and Arabic, dedicating the building to their memory.

The bloody fighting on the Western Front during the First World War left incredible scarring on the landscape. Today, the shadows of the trenches are still visible on aerial shots of Belgium and France, and in some cases the changes to the landscape have become part of the cemeteries

Zivy Crater and Litchfield Crater are two small cemeteries in the Pas de Calais region in France. Both are formed around two craters less than a kilometre apart from one another. The craters, caused by mine explosions, were used by the officer in charge of burials to bury some of the casualties of the battle of Vimy Ridge in April 1917. Each site contains around 50 casualties each, the majority of whom are Canadian. 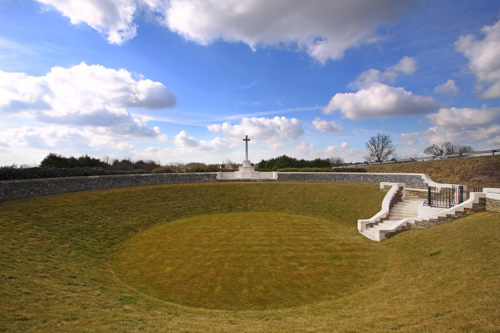 The Battle of Vimy Ridge was perhaps Canada's most famous of the war. On 9 April 1917, British Empire forces launched a major offensive around Arras. In the south some units advanced more than five kilometres into German-held territory, while to the north Canadian troops captured Vimy Ridge.

Today the Canadian National Vimy Memorial rises up from Vimy Ridge, the site of the Canadian Corps victory in 1917. It lists the names of some 11,160 Canadian servicemen who died in France and who have no known grave.

The Cemetery in No Man’s Land

The strangest thing about Nicosia (Waynes Keep) Cemetery is its location on Cyprus. The history of the island is complex. Since the 1970s the disputed border between the southern and northern parts of the island has run right across the cemetery.

Waynes Keep Cemetery is located in the disputed area, a no man’s land that splits the island in two. Within this area more than 200 Second World War dead are commemorated as well as close to 600 British military dead whose graves we maintain on behalf of the Ministry of Defence. 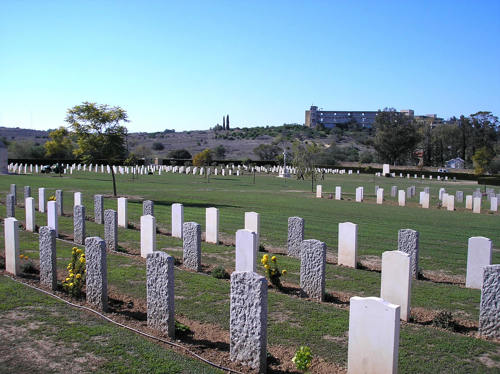 The location of the cemetery can make our job complex. To undertake even the most minor of work to the various sections of this cemetery, staff and contractors must gain special permission and be accompanied by a UN escort. Armed guards on the northern side are always present.

The challenges our teams in the region face are almost unique, but despite these obstacles, they continue to work to commemorate the casualties at Waynes Keep and those buried elsewhere on Cyprus.

Our latest blogs
Blog
5 CWGC sites with unusual features
Blog
Why do we commemorate war? The importance of remembrance
Blog
Researching your World War family History
Share this on
Tags CWGC