In this region the CWGC commemorates more than 8,800 service personnel at over 900 locations. 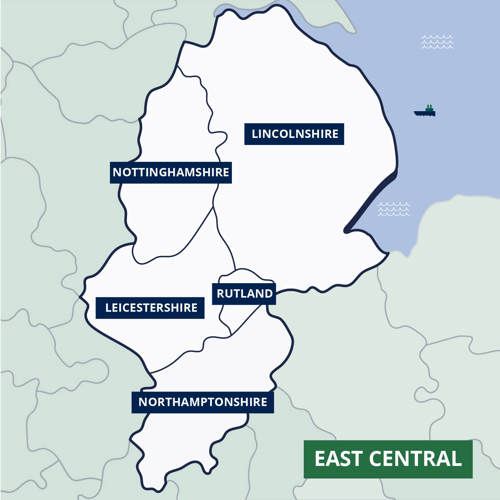 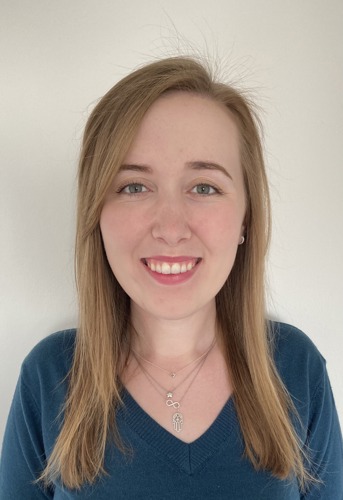 Hi, I’m Megan and I am the Public Engagement Coordinator for the East Central Region. My interest in the work of the Commonwealth War Graves Commission began when researching my family history; three of my relatives are commemorated by the CWGC in Belgium, whilst one other is in Egypt.

I began my career with the Commonwealth War Graves Commission in April 2018 as a Centenary Intern based at Tyne Cot Cemetery and Memorial in Belgium before becoming a Public Engagement Coordinator in August 2018.

What is interesting about the East (Central) region is the range of nationalities commemorated here, and the strong connections our sites have to the local Armed Forces communities; many of our sites lie adjacent to current and historic Royal Air Force Stations, for example.

One of my favourite things about working for the CWGC is the range of people I get to meet and whose stories I am told; no two days are the same, and it is always wonderful to hear personal connections to our work! One of my favourite moments of working with the CWGC was being able to play a part in the 75th Anniversary of D-Day commemorations at Portsmouth, and to speak to a wide range of people about the ongoing work our organisation does. 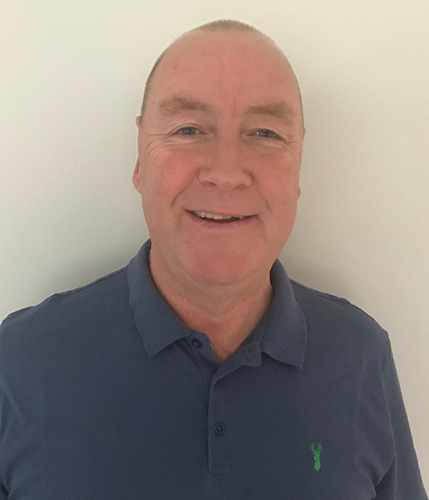 Hi, I’m Chris and I am the Regional manager for the Commissions work across the East of England. In total my team work at nearly 2,500 locations, caring for almost 25,000 grave markers across the East and East Central Regions. Many of our sites across the East of England have strong connections to the RAF due to the large number of air bases in the area during the Second World War and it’s not uncommon today to see the Red Arrows training overhead while at work in Lincolnshire.

I joined CWGC as a stonemason in 1991 and have never looked back. I was originally based in the UK but within a few years I had the amazing opportunity to work all over the world, including at sites in Italy, Malta and Tunisia before joining the spiritual heartland of the Commission in western Europe.

There have been many memorable occasions that remind me how honoured I am to work for the Commission. These include the recovery of the remains of a Spitfire pilot in Italy, now buried in Ravenna Cemetery. We were shown where his aircraft had crashed by an older Italian gentleman who remembered seeing the crash when he was a child. If you are ever in North East Italy do drop in on Ravenna Cemetery and visit the grave of Flight Lieutenant Douglas Leitch of 72 Squadron, who died in March 1945, aged 27.

But there have been some very emotional and moving occasions right here in the East region. One that stands out now was during a visit to Scottow Cemetery, in Norfolk. It’s a small plot set down a small country road in an incredibly peaceful rural spot. I met an older gentleman there who had travelled all the way from Australia to visit the grave of his father for the first time. It made all the years of caring for that grave very meaningful and I still pause at the grave every time I visit Scottow Cemetery and remember.

One of our largest sites in the East Central region is Newark-Upon-Trent Cemetery were my team look after the graves of hundreds of Polish servicemen. Every site is different though and at Leicester (Welford Road) Cemetery we maintain a screen wall where the men buried in the cemetery are all named. Most of the sites however have only one or two war graves. Big or small, they are all important. 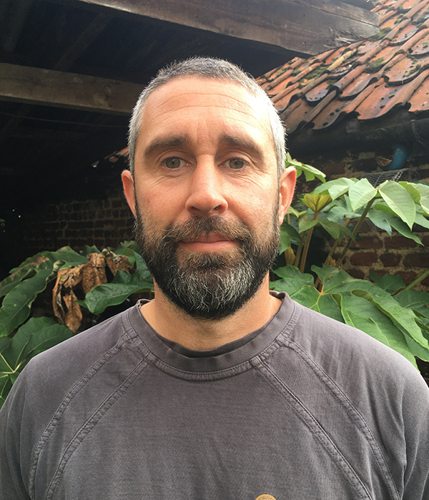 Hi, I’m Richard and I’m the Regional Operations Coordinator for the Commissions work across the East of England. My job is to plan the work relating to the upkeep of our war graves across the East and East Central Regions, including horticultural renovations and maintenance, as well as headstone cleaning, replumbing and replacements.

I have some great memories of working for the Commission across the East of England. It might sound strange but one of the best parts of my role is seeing renovation work on cemeteries completed. These tasks are not only enjoyable to work on but are also greatly appreciated by members of the public and families of the fallen, many of whom regularly visit our sites and several who are visiting for the first time. It can be quite humbling to hear stories from family members about their loved one's wartime endeavours.

It is the satisfaction gained from being able to maintain the high standards that the fallen and the families of the fallen deserve, combined with the knowledge that our work is greatly admired throughout the world that I love most about the job.