Despite being one of London’s ‘magnificent seven’ Victorian war cemeteries, Nunhead has had a difficult history. Bombed during the Blitz and subject to neglect, vandalism, and the forces of nature in the years after the Second World War, fitting commemoration of the 700 Commonwealth servicemen buried here have has presented a challenge to the War Graves Commission. But today the cemetery has become peaceful place for quiet reflection and home for nature.

Established in the 1840’s by the London Cemetery Company at a time when London’s population was rapidly expanding, Nunhead (All Saints) Cemetery is the second largest of the capital’s ‘magnificent seven’ Victorian cemeteries. The rest being Abney Park, Brompton, Highgate, Kensal Green, Tower Hamlets and West Norwood cemeteries. Situated on a hillside in South London, which offers views across London to St Paul’s Cathedral, much of the 52-acre site is today overgrown.

The cemetery was used for the burial of service personnel during both world wars, either of servicemen who died in one of the many military & civilian hospitals across London, or those who had ties to the local community. 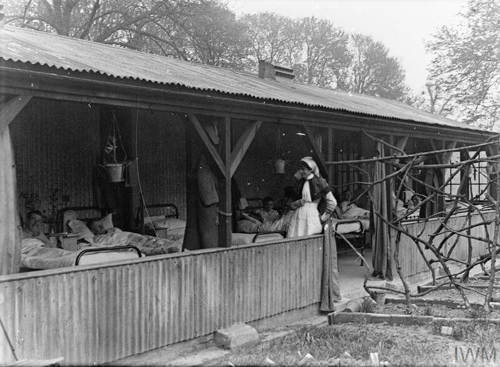 One such servicemen was Private Albert Chillingworth, who was born in May 1922, in nearby Camberwell. Albert had joined up 1940, and volunteered for special service with the Commandoes in 1942. He serviced with No.3 Commando in North Africa and in Italy, before returning to England in 1944. Albert’s unit was part of the assault force which stormed Sword Beach during the Normandy landings. During the Normandy fighting Albert was wounded and evacuated back to England but died on 13 June 1944. 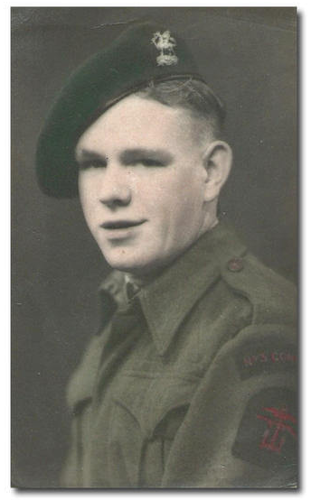 Albert was buried in Nunhead cemetery along with 109 other Second World War service personnel. There are also 581 Commonwealth First World War servicemen buried in the cemetery, either in one of three military plots; one British, one Australian and one “Dominion” plot which contains Canadian, New Zealand, South African and one Australian serviceman, or graves dotted around the cemetery. There is also one soldier of the Belgian army buried in the First World War British plot.

The majority of the War Graves in Nunhead Cemetery are not marked with a Commission headstone, but rather the servicemen’s names appears on one of two screen walls within the cemetery, one for the First and one for the Second World War. This is because the majority of servicemen were buried in Common, multi occupancy graves, over which the Commission could not secure rights to place headstones after the wars. The exception being the graves in the Australian and Dominion plots, and a small number of privately owned graves throughout the cemetery.

During the Second World War, the iron railings around the cemetery was requisitioned for the war effort, and the cemetery was bombed on several occasions during the Blitz, damaging the Dissenters’ chapel so badly that it was later demolished, and damaging or destroying many of the grand Victorian mausoleums, headstones and graves. 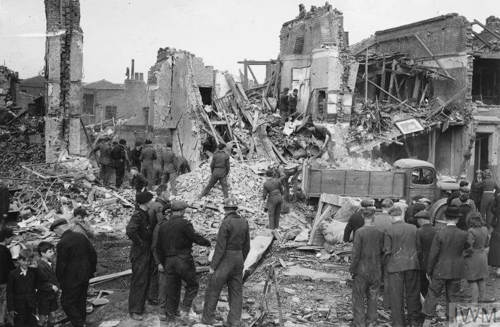 After the war, the cemetery went into further decline, and by 1969, when it was abandoned all together by the private owners, it had become heavily overgrown. The cemetery was vandalised on several occasions and both the First and Second World War plots, screen walls and Cross of Sacrifice were damaged, and bronze tablets & sword stolen. In 1975, Southwark Council compulsorily purchased the cemetery.

In 1977, we were able to restore the First and Second World War plots and rebuild the screen walls at new location in 1986. The cemetery however remained closed to the public until May 2001, when it was reopened following an extensive restoration project funded by Southwark Council and the Heritage Lottery Fund, in partnership with Friends of Nunhead Cemetery. As a result of this work, in 2013 the Commission was able to relocate 64 previously ‘lost’ graves and erect new headstones. Today, much of the cemetery remains thickly wooded and tangled with undergrowth and is now a Local Nature Reserve and Site of Metropolitan Importance for wildlife. A peaceful haven for nature & wildlife and a place of tranquil reflection surrounded by the bustling metropolises.

Main access to the cemetery is from Linden Grove, and a second entrance can be found from Limesford Road. Nunhead Railway Station is a short walk away.

Before visiting we recommend that you consult the website of the Friends of Nunhead Cemetery.