In this region the CWGC commemorates almost 6,700 service personnel at nearly 1,600 locations. 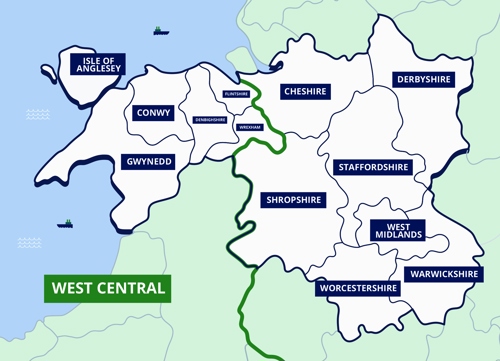 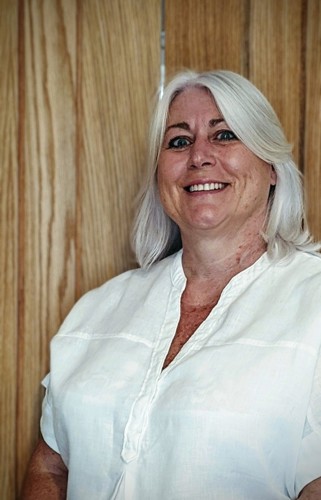 Hi, I’m Sarah and I’m the Public Engagement Coordinator for the West and West Central regions. My interest with the Commission’s work began when I started to trace my own family history and I became fascinated with the information to be found on the CWGC website.

One of the most significant sites in my region is Cannock Chase War Cemetery and one of the most enjoyable aspects of my role is to be able to visit there, often with tour or school groups. As one of the UK’s ‘Areas of Outstanding Natural Beauty’ Cannock Chase really is a superb setting and the cemetery is a source of incredible local history from both World Wars.

I have experienced some very moving moments working for CWGC and these will remain with me. Many involve helping individuals to discover the resting place of their relatives. They are often quite emotional to have uncovered their past, much of which may have been lost to them for a great many years and are grateful to find that these graves will be cared for in perpetuity. 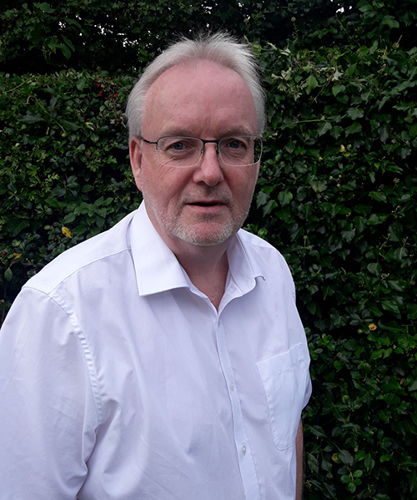 Hi, I’m Andy and I am the Regional manager for the Commissions work across the West of England and Wales.

I have been with the CWGC since 1988, a job which has taken me all over the world from France to Kenya, Uganda, Tanzania, Sudan, Germany and now Wales! In total my team are responsible for the care of over 29,000 war graves at more than 2,500 locations across the West and West (Central) Regions.

I have five maintenance teams across the West Regions. Two are teams of skilled maintenance craftsmen based in the Cardiff and Coventry area who are responsible for cleaning and inspecting headstones, while the three horticultural teams based at Beachley and Cannock, maintain the horticultural elements of the sites.

The largest site we maintain in the West (Central) Region is actually the German military cemetery at Cannock, where over 5,000 First and Second World War German and Austrian servicemen and civilians are buried. My team maintain the site on behalf of the German government. The vast majority of sites we work at have only one or two war graves and my teams spend a lot of time on the road visiting each one on a regular basis. We do however have several large cemeteries in the West (Central) Region that contain many Commonwealth graves such as Chester (Blacon) Cemetery, and others that have significant plots of war graves like Bodelwyddan Churchyard in North Wales.

Hi, I’m Neil and I am the Regional Operations Coordinator for the West of England and Wales. I oversee the day to day operations of our craftsmen and gardeners. My time is split between hands on work and administration duties.

I often spend most of my time traveling the entire region, inspecting sites ahead of the maintenance team arriving, creating a list of work for them to undertake when they arrive. Our horticultural staff work to a 10-day operational cycle at the sites where the Commission have full responsibility for the maintenance, such as at Cannock Chase War Cemetery. At other locations, where we work alongside local authority staff, we visit every 6 to 8-weeks to carrying out top up maintenance.

The West and West Central region consists of 30 counties and our aim is to inspect and carry out maintenance duties constantly within a 30-month cycle.

The cemetery here includes a vast area where 5,000 Germen servicemen who died in Britain are buried.