Take a trip across the Belgian countryside to learn more about our war graves in Belgium.

Where are the war graves in Belgium?

Despite being a land of great historical significance and culture, Belgium isn’t blessed with space. It’s quite a small country in the grand scheme of things. If you’re looking for war graves in Belgium, you’ll find them all over the country, relatively close together. 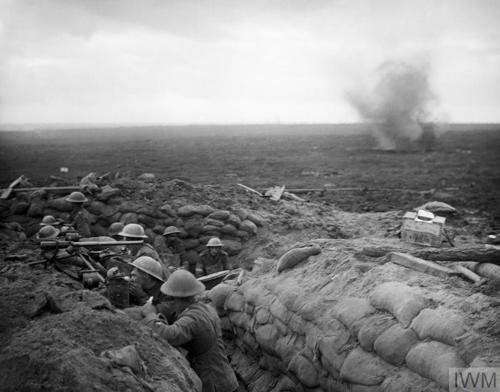 The Great War would change from a war of manoeuvres to trench warfare, which would characterise the iconic battles of Ypres, Mons, and Passchendaele, by the end of 1914. While combat would continue to evolve across the Western Front, trench warfare would dominate until the 1918 Armistice and the end of the war.

World War Two combat was much more mobile. The country would fall in just 18 following the rapid German invasion of 1940.

Belgium would remain under German occupation until 1944 when a major Allied push on key cities, including Antwerp and Brussels, would eventually lead to liberation – although not before one last desperate roll of the German dice at the Battle of the Bulge in the Ardennes in December 1944. Full liberation would not take place until 1945.

Because of its crucial role in both World Wars, a high number of casualties were sustained on Belgian soil during these historic conflicts. We maintain several hundred locations across the country. These range from single burials to monumental war cemeteries and memorials.

Some of World War One’s most famous battles were fought on Belgian soil. Unfortunately, the static nature of trench warfare, coupled with some horrendous weather, resulted in very high casualties. Many Commission Belgian cemeteries reflect that with the large number of burials held within. 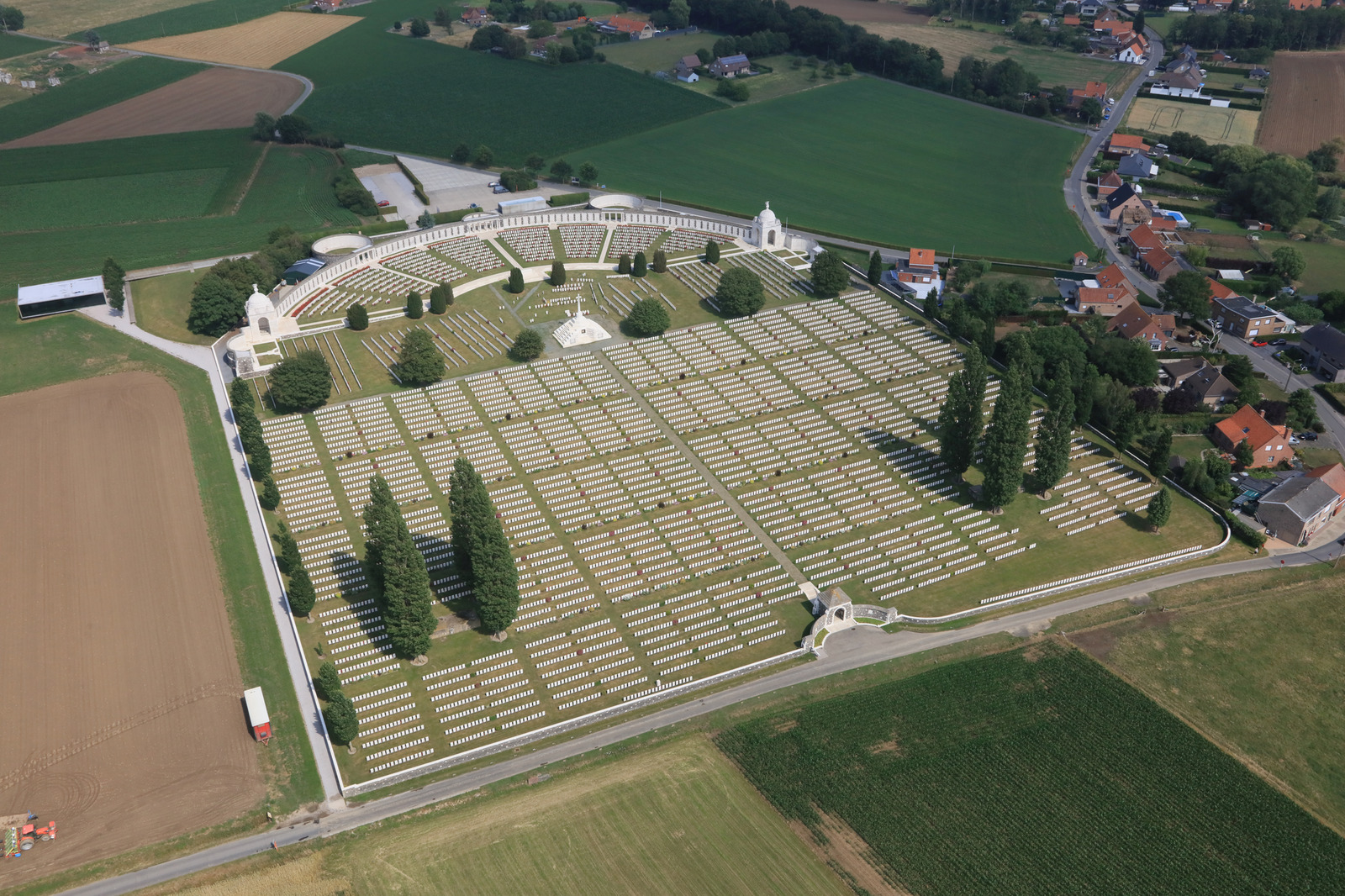 With nearly 12,000 burials, Tyne Cot is the largest Commission cemetery in the world.

Located outside of Ypres, the spot was once home to five or six unusually large German pillboxes captured by the 3rd Australian Division on October 4th, 1917, during the push on Passchendaele. The name comes from a large barn sat in the middle of the site dubbed Tyne Cottage by the men of the Northumberland Fusiliers.

After the 1918 Armistice, Tyne Cot was greatly expanded to bring in casualties from other nearby burial grounds. Casualties from the United Kingdom, as well as Australia, Canada, New Zealand, and South Africa, are buried here. There are also four German burials here. 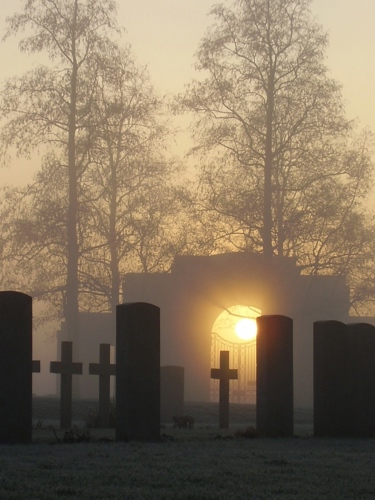 In addition to Tyne Cot, many of the other military cemeteries we look after in Belgium are of a similar size. Lijssenthoek Military Cemetery, also based in the Ypres Salient, contains nearly 10,000 Commonwealth burials, for example, as well as roughly 880 war graves of other nationalities.

Poelcapelle British Cemetery contains close to 7,500 Commonwealth burials. It’s a testament to the bloody fighting in and around Ypres that the largest CWGC war cemeteries Belgium holds are dotted around the West Flanders city. No less than five battles were fought for control of Ypres across World War One.

As we touched on earlier, World War Two fighting in Belgium was a much quicker affair than the gruelling Great War battles. With advances in combined arms tactics, not least the German’s feared Blitzkrieg assault, combat was more fluid and rapid on WW2 Belgian battlefields.

World War Two Commonwealth war graves contained in Belgian cemeteries and burial grounds are much smaller in number than their World War One counterparts. They are nonetheless powerful reminders of young men and women’s sacrifices made during these times of war.

Casualties tend to reflect both ends of Belgium’s World War Two experience. They were either taken during the Commonwealth and Allied retreat in the Blitzkrieg’s opening stages or sustained during the campaign for Belgian liberation. 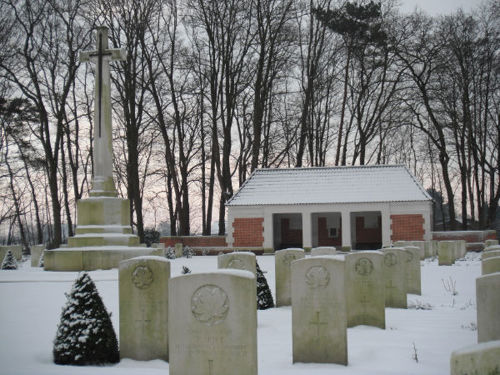 Take Adegem Canadian War Cemetery. Many of the roughly 1,120 casualties commemorated here are Canadian troops that fought as part of the tough Scheldt campaign in late 1944.

While Allied soldiers had captured the vital port of Antwerp in September 1944, German forces still held both banks of the Scheldt Estuary, rendering Antwerp inoperable. It fell to the 3rd Canadian Division to dislodge German troops. The fighting was amongst the bloodiest of the Belgian liberation campaign, hence why so many Canadian soldiers lie at Adegem.

Schoonselhof Cemetery is another of our cemeteries and memorials which holds many World War Two casualties. With 1,450 burials from the conflict, representing Allied casualties and a small number of Polish and American burials, Schoonselhof holds casualties from across the war. Airmen, for instance, still fought in the skies above Belgium after the occupation, even if major land operations had ceased.

Located in the Belgian capital, Brussels Town Cemetery also holds casualties sustained during the retreat to Dunkirk in 1940 up to and after the final liberation of Belgium.

All told, there are some 327 locations holding burials or memorials to the fallen of World War Two in Belgium the Commission currently oversees.

Australian troops had served with distinction in theatres like the Middle East before they were deployed on the Western Front in 1916. 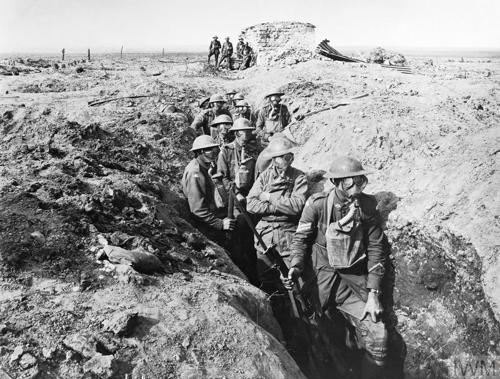 Aussie soldiers were present at some of Great War’s largest engagements, such as the battles around Ypres. Australian troops took the site of the Tyne Cot Cemetery, for example. The 3rd and 4th Australian Divisions were involved in heavy fighting around West Flanders, such as the Battle for Messines and the Battle for Polygon Wood.

Some 12,750 Australian casualties are commemorated at Belgian CWGC sites.

British forces were involved in major campaigns throughout Belgium for most of the war. You will find casualties from the United Kingdom in nearly all our Belgian cemeteries.

From the monumental Tyne Cot down to individual burials in small graveyards, soldiers from the UK lie forever beneath Belgian soil. Over 160,000 British casualties are commemorated across the country.

Today, more than 100 years after the end of World War One, our work in Belgium continues. Thanks to new discoveries, independent researchers and data from the CWGC Archive, we are still recovering, burying and dedicating graves to the fallen Commonwealth forces of the world wars, to ensure their sacrifice is remembered in perpetuity. 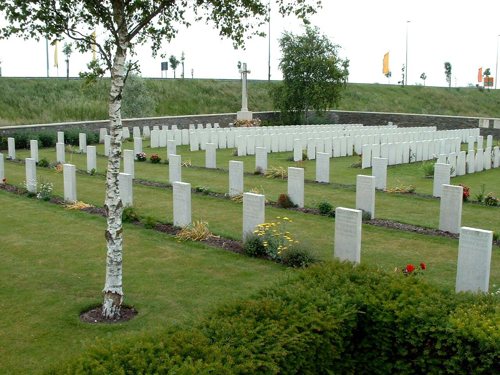 It’s worth pointing out that sacrifices were made on both sides during the World Wars. Many of the men and women involved in the fighting were often young and caught up in events wildly beyond their control. Still, they often chose to do what they thought was right and paid the ultimate price for their service.

As such, our Belgium cemeteries and burial plots often contain German casualties. There are dedicated war cemeteries organised by the German War Graves Commission (VDK), although we are not affiliated with their work.

German burials often number in the single digits in our sites but some hold large numbers of German war dead. At Adinkerke Military Cemetery, for instance, nearly 100 German soldiers are in our care.

Want to visit our Belgian sites? Perhaps some of our war graves and your history are linked with relatives buried in one of our cemeteries.

There are lots of tour opportunities you could undertake that would take you through the Belgian countryside to Commission sites. For instance, you may want to start at Ypres and focus on the many cemeteries and memorials dotted around this important city. Tyne Cot is amongst these.

Popular areas for a Belgium war graves tour include:

These represent some of the locations of the most storied battles of the Great War as well as a large proportion of Belgian CWGC cemeteries and memorials.

The CWGC Ieper Information Centre is in Ypres, West Flanders.

Drop in to learn more about the Commission’s local memorials and cemeteries, do some research into our casualty database, or ask our friendly staff any of your burning questions about us and the work we do.

You can also pick up a souvenir from the CWGC shop or join our membership scheme.

Looking for a specific British Cemetery in Belgium? Want to find where your relatives are buried? We have some easy-to-use tools to help you do just that!

If you are looking for a general overview of our Belgian war graves, then use our Cemeteries and Memorials tool. This will let you search by country and conflict, as well as specific localities within Belgium, making it easy for you to find our sites there.

If you are searching for specific casualties or want to know more about the Commonwealth forces who participated in fighting in Belgium, then please use our Find War Dead search tool. You can search by name and/or service number if you have those to hand. There are lots of extra filters to help you narrow down your search too.