Overlooking the town of Greenock on the River Clyde, Greenock Cemetery is the largest cemetery containing graves from both wars in Scotland. The graves are scattered, with 100 burials of the First World War, including an unidentified British soldier, and a further 170 of the Second World War.

Overlooking the town of Greenock on the River Clyde, Greenock Cemetery covers an area of 31 hectares and is the largest war cemetery containing graves from both wars in Scotland. The war graves are scattered throughout the cemetery and many are marked with Commission headstones made from granite. There are 100 burials of the First World War, including an unidentified British soldier, and a further 170 burials of the Second World War, two being unidentified seamen of the Merchant Navy and two being unidentified sailors of the Royal Navy. There are also three Dutch, one Belgian and one Norwegian Merchant Navy burials here. The Cross of Sacrifice stands beside the main war cemetery road and is constructed from “Leoch” sandstone sourced from Dundee. There are also Naval graves dating back to the 1870s in plots which were set aside for deceased residents of Sir Gabriel Wood's Mariners' Home.

The land on which Greenock Cemetery is located was procured from Sir Michael Robert Shaw Stewart, 7th Baronet, who also provided land for Sir Gabriel Wood’s Mariners’ Home. The cemetery was laid out in the autumn of 1846, and today is one of the largest municipal cemeteries in Europe.

19 of the 100 First World War burials are of soldiers who served with the Argyll and Sutherland Highlanders, mostly from the 5th (Renfrewshire) Battalion, which was based at Finnart Street in Greenock. One of these individuals was Lance Serjeant Donald Robertson Barr, who was born in Greenock in 1896, and was awarded the Distinguished Conduct Medal and Croix de Guerre during his service with the 5th Battalion. He died of wounds on 3 November 1918, aged 22.  The personal inscription on his headstone refers to the Croix de Guerre awarded to him: CROIX DE GUERRE PEACE PERFECT PEACE

Greenock is perhaps better known for its naval connections, and the Clyde was the most important British centre of the production of warships during the First World War, with nearly 43 per cent of the tonnage of ships ordered by the Admiralty between 1914 and 1919 constructed in shipyards in the area. Even before the war, Greenock had been an important area of naval industry, particularly with the opening of the Royal Naval Torpedo Factory in 1910. 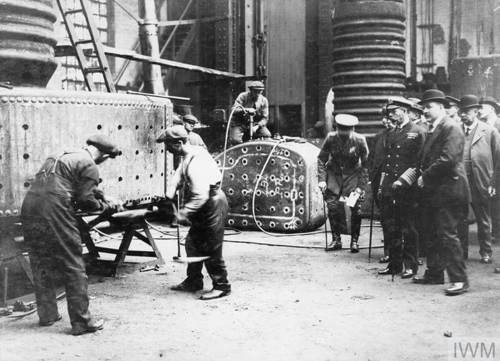 Greenock continued to be an important location for the Royal Navy during the Second World War, where it was a base of the Home Fleet, and the main assembly point for the Atlantic convoys.

On 30 April 1940, the French Vauquelin-class destroyer Maillé Brézé exploded near Greenock following an accident involving two of her own torpedoes. 37 of her crew were killed and 47 were injured. Many of those who were seriously hurt were cared for at the Greenock Royal Infirmary before they died. They were buried in Greenock Cemetery until 1946, when their remains were reinterred in the French plot of Brookwood Military Cemetery.

On 10 October 1940, RAF Greenock was created as a maintenance base for the flying boats of the Royal Air Force (RAF), including the Supermarine Stranraers, Consolidated Catalinas and Short Sunderlands, and 16 RAF personnel who died during the war are buried in the cemetery.

During the Second World War, major towns and cities, as well as ports and industrial areas throughout Britain were targeted by the German Luftwaffe during a period of extensive bombing raids between September 1940 and May 1941, known as “the Blitz”. As well as causing extensive damage and destruction, these bombing raids killed around 32,000 civilians and seriously injured 87,000 others.

In Greenock, the impact of the Blitz was felt worst on the nights of 6 and 7 May 1941, when the shipyards and berthed ships around the town were targeted by Luftwaffe bombers. However, it was in residential areas where the worst damage occurred. During the course of two nights, 271 people were killed and over 10,000 were injured. Nearly 25,000 homes were damaged and 5,000 were completely destroyed.  Several of the aircraft and the hangar and storage facility at RAF Greenock were also badly damaged.

A memorial commemorating the citizens of Greenock who died during the air raids can be found beside the main driveway leading into the cemetery. The names of these individuals are also recorded in the Commission’s Civilian War Dead Roll of Honour, including five members of the Clarke family. Living at 6 Ingleston Street at the time, Elizabeth Clarke along with her three daughters Elizabeth, Jean and Margaret as well as her son William, were all killed during the bombings on 7 May 1941. 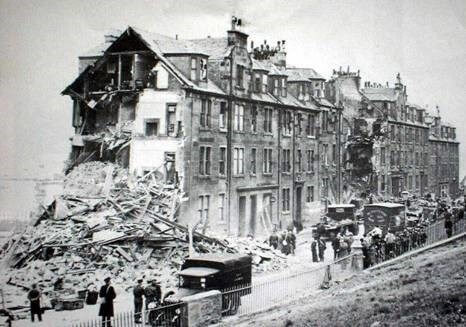 Greenock Cemetery is a large site situated close to the centre of the town, which lies on the River Clyde. There are several entrances, but the main cemetery entrance is directly on the A78 Inverkip Road which can be reached from the A770, which runs parallel to the river.

Before visiting we recommend you consult the website of the cemetery authority: